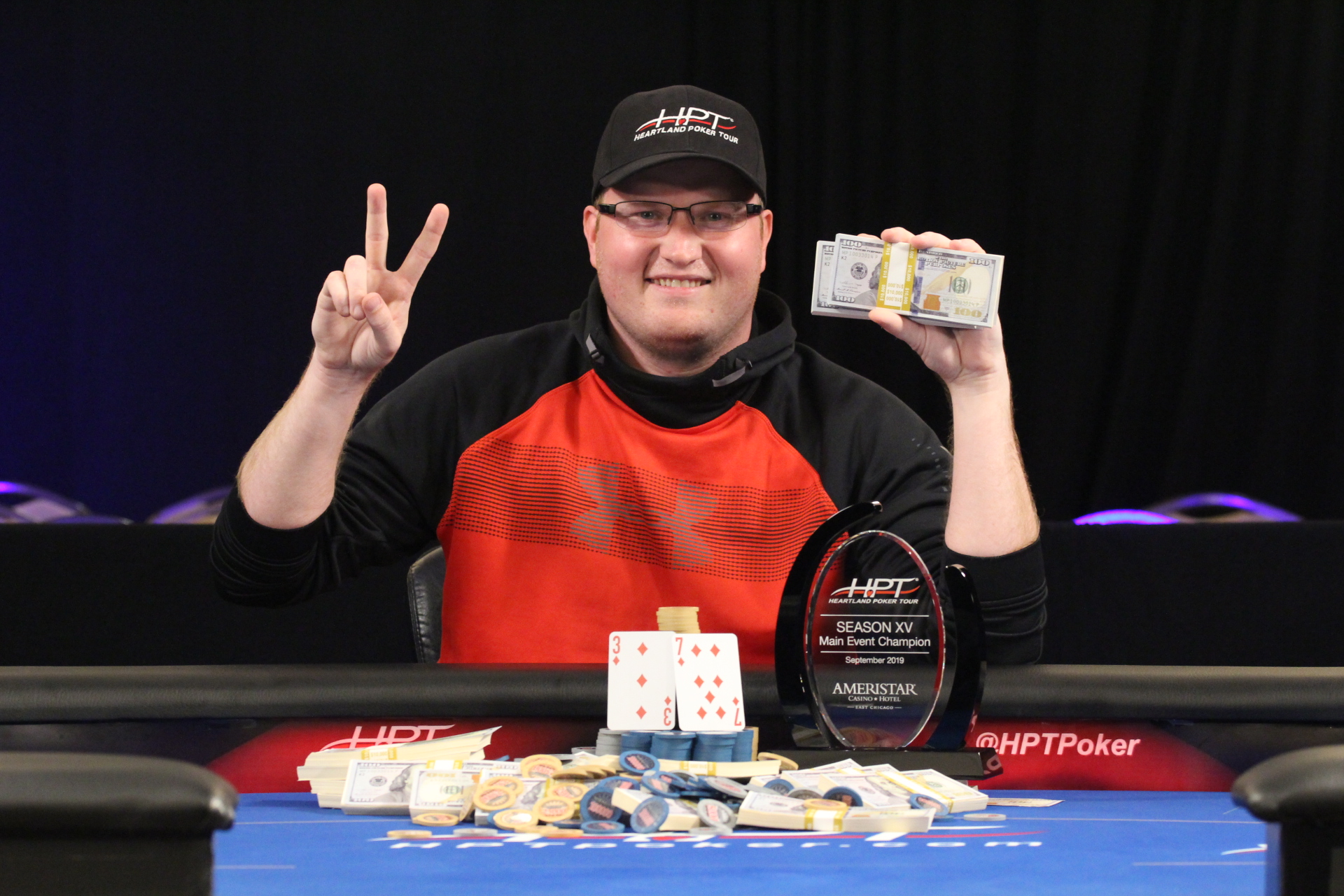 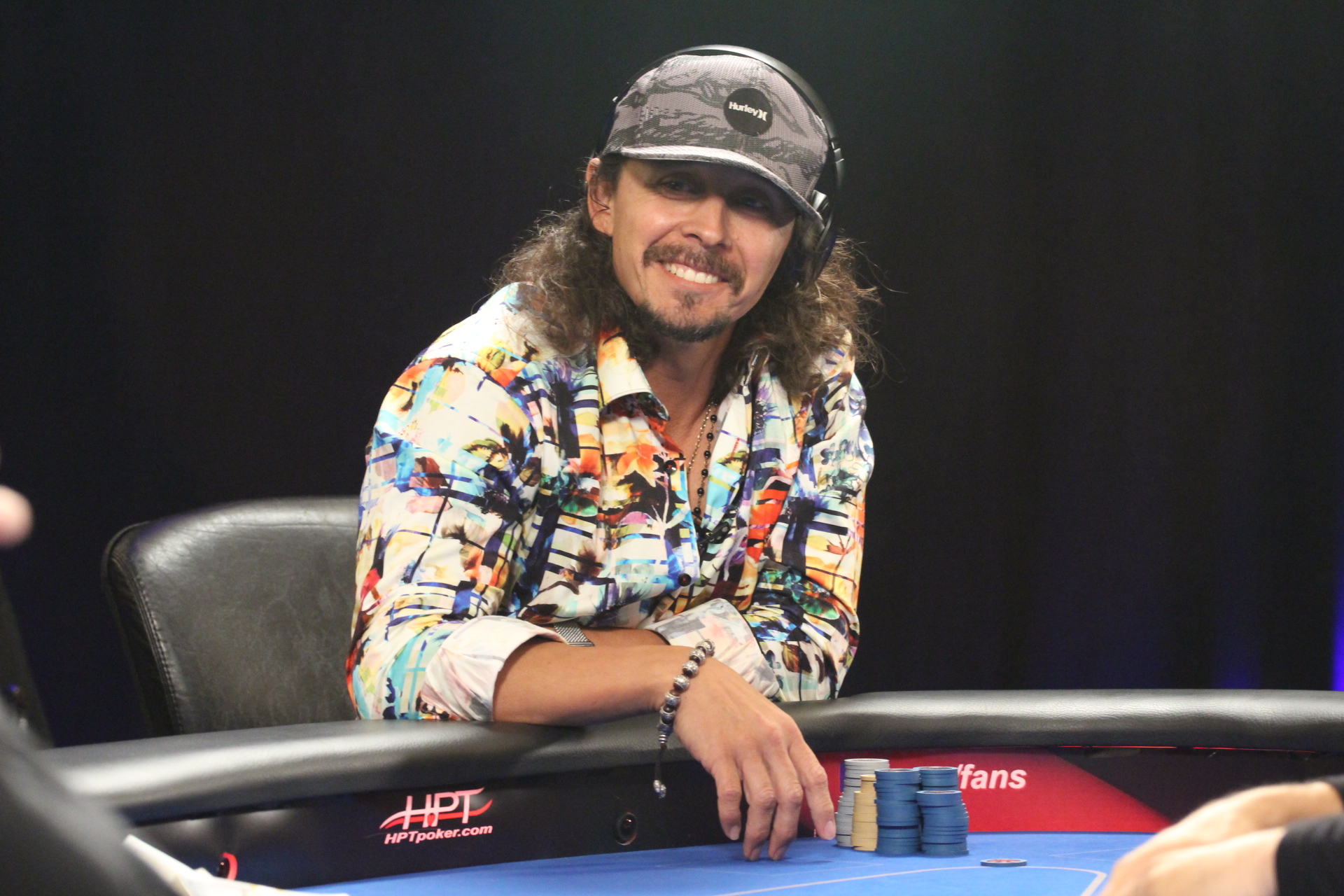 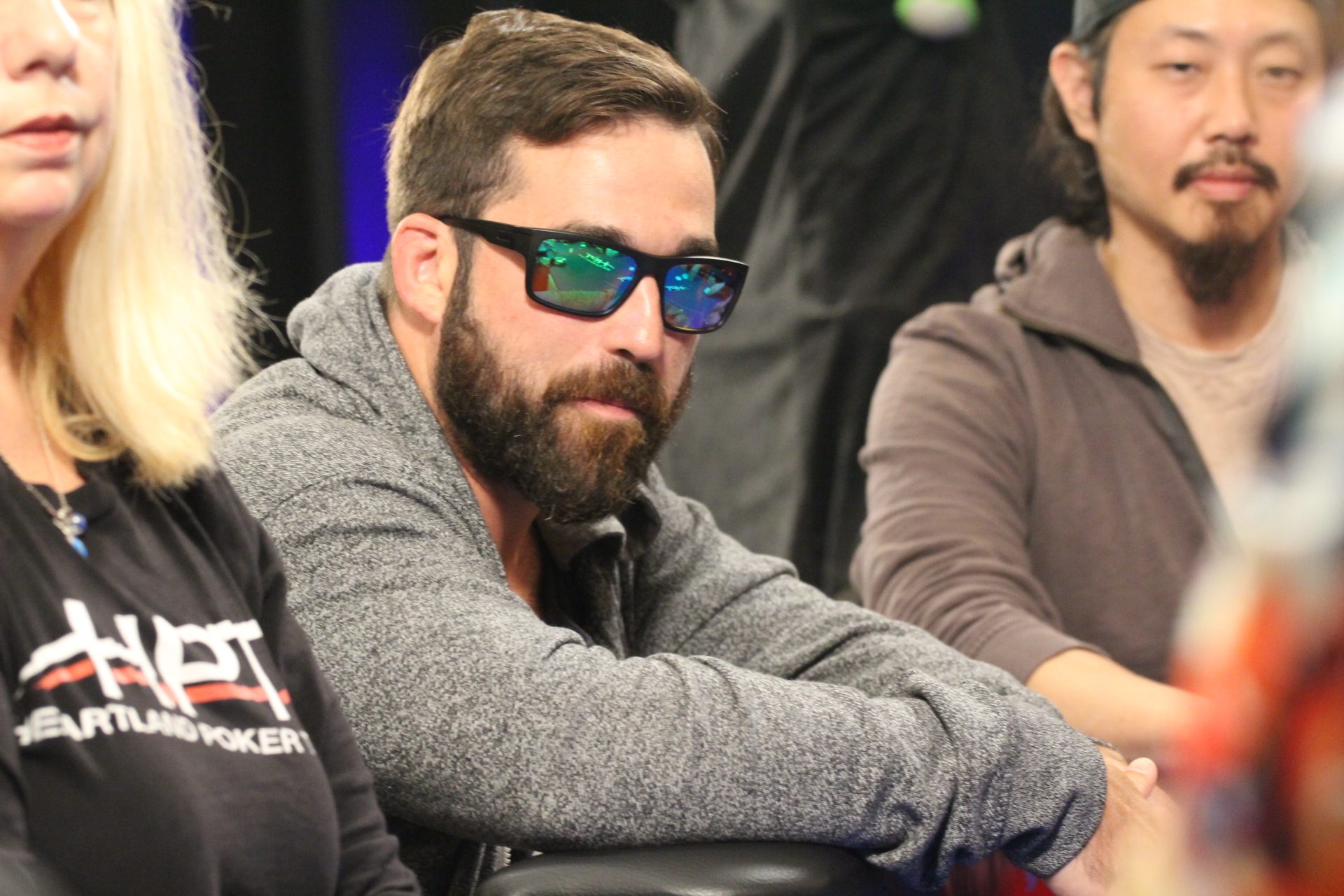 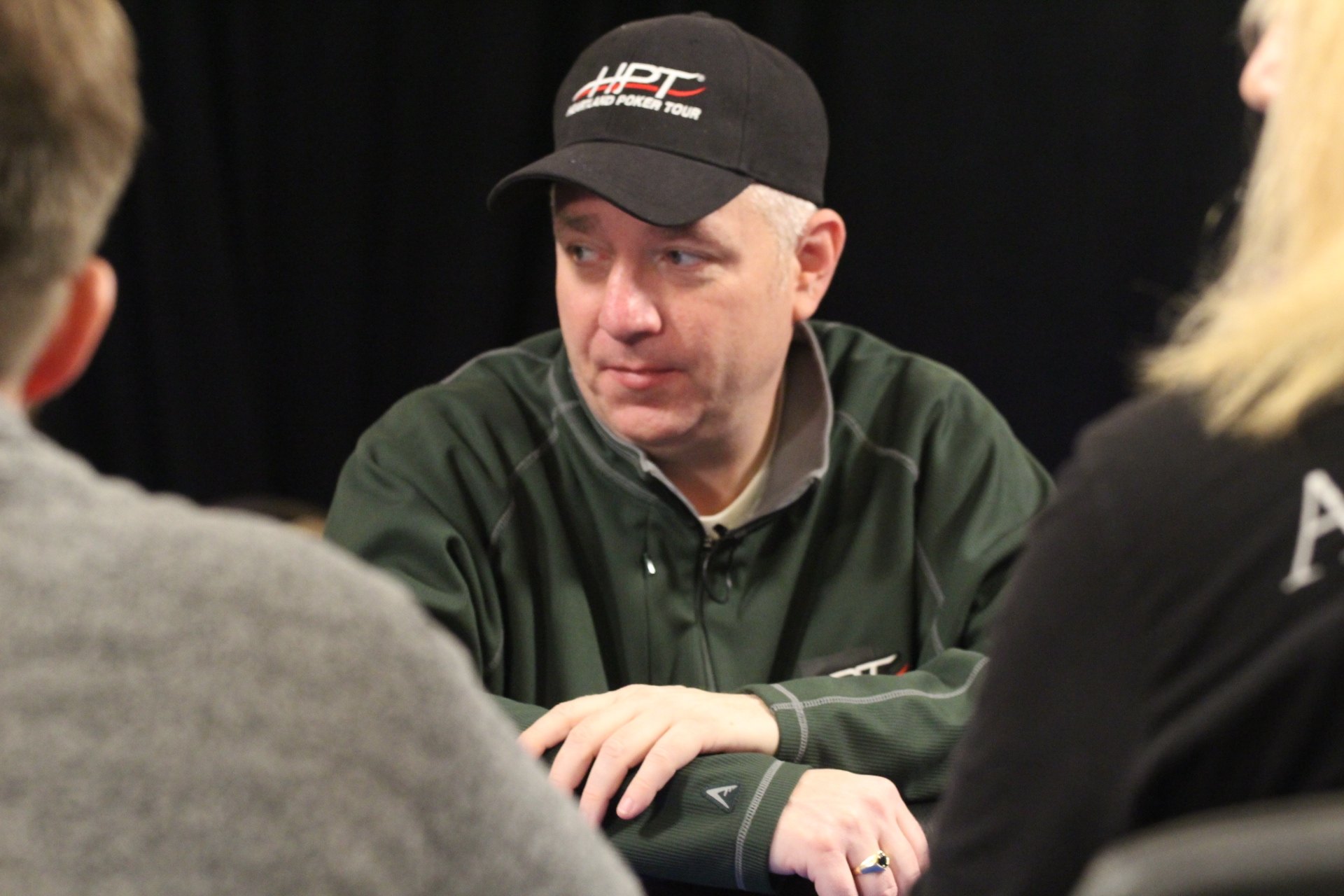 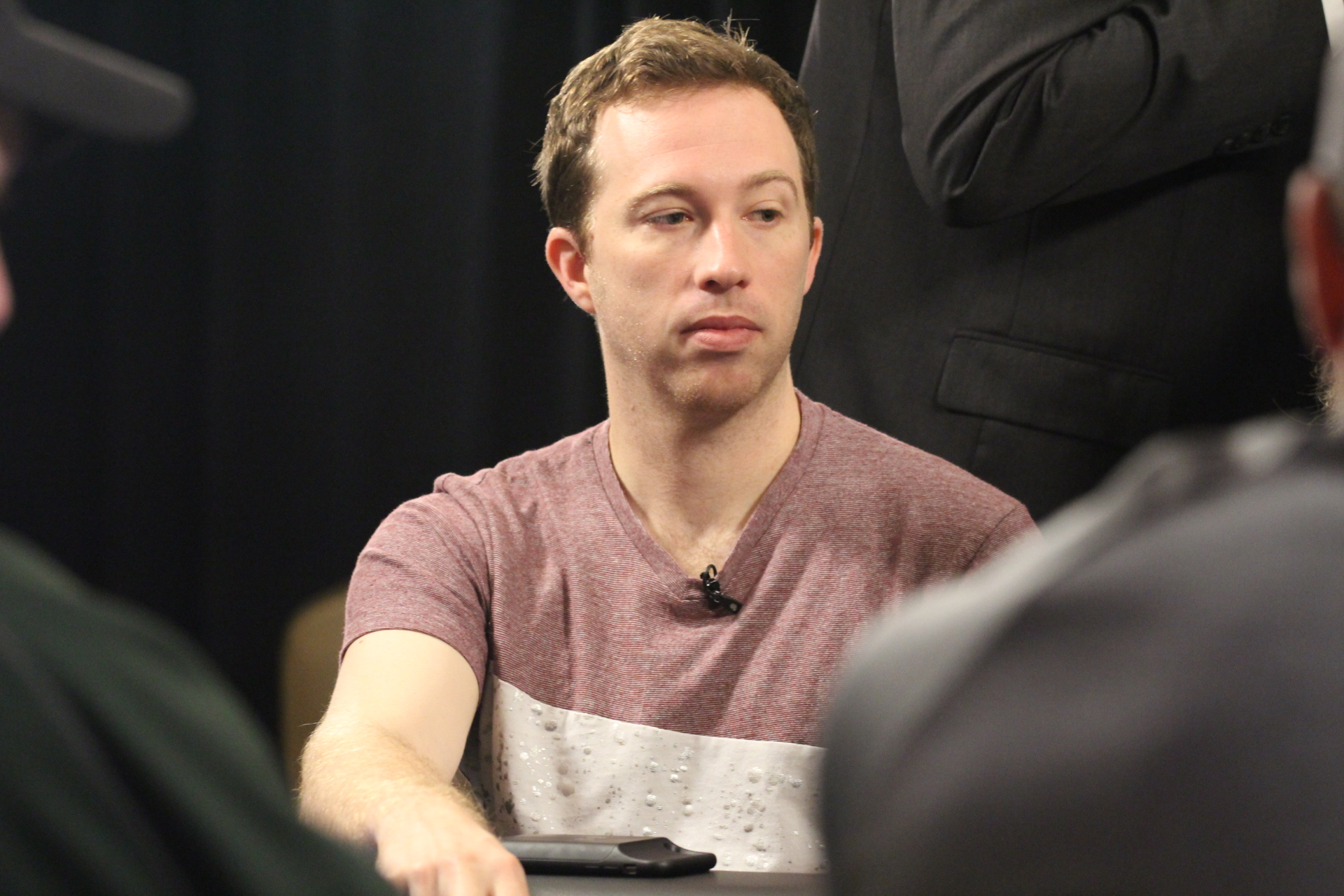 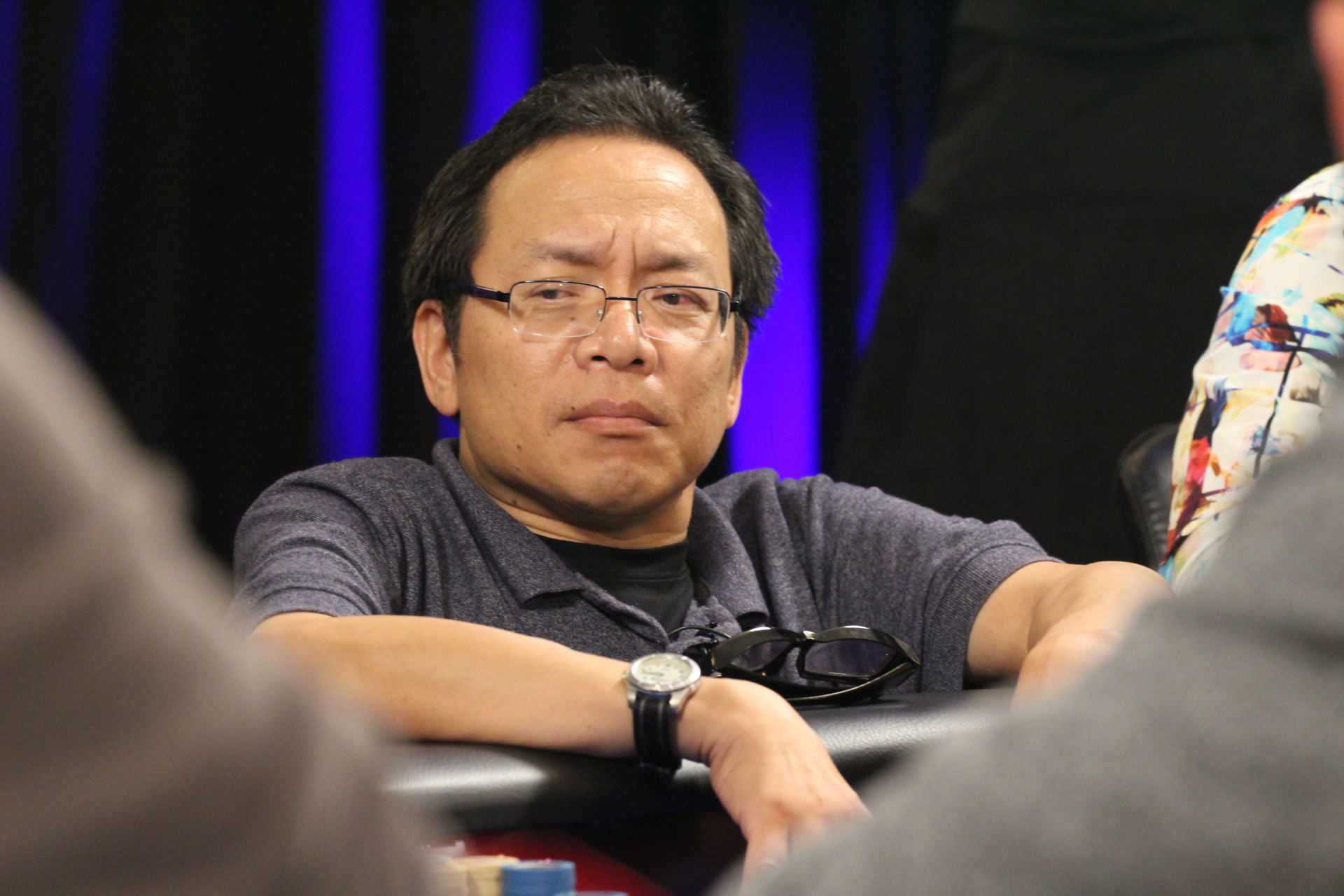 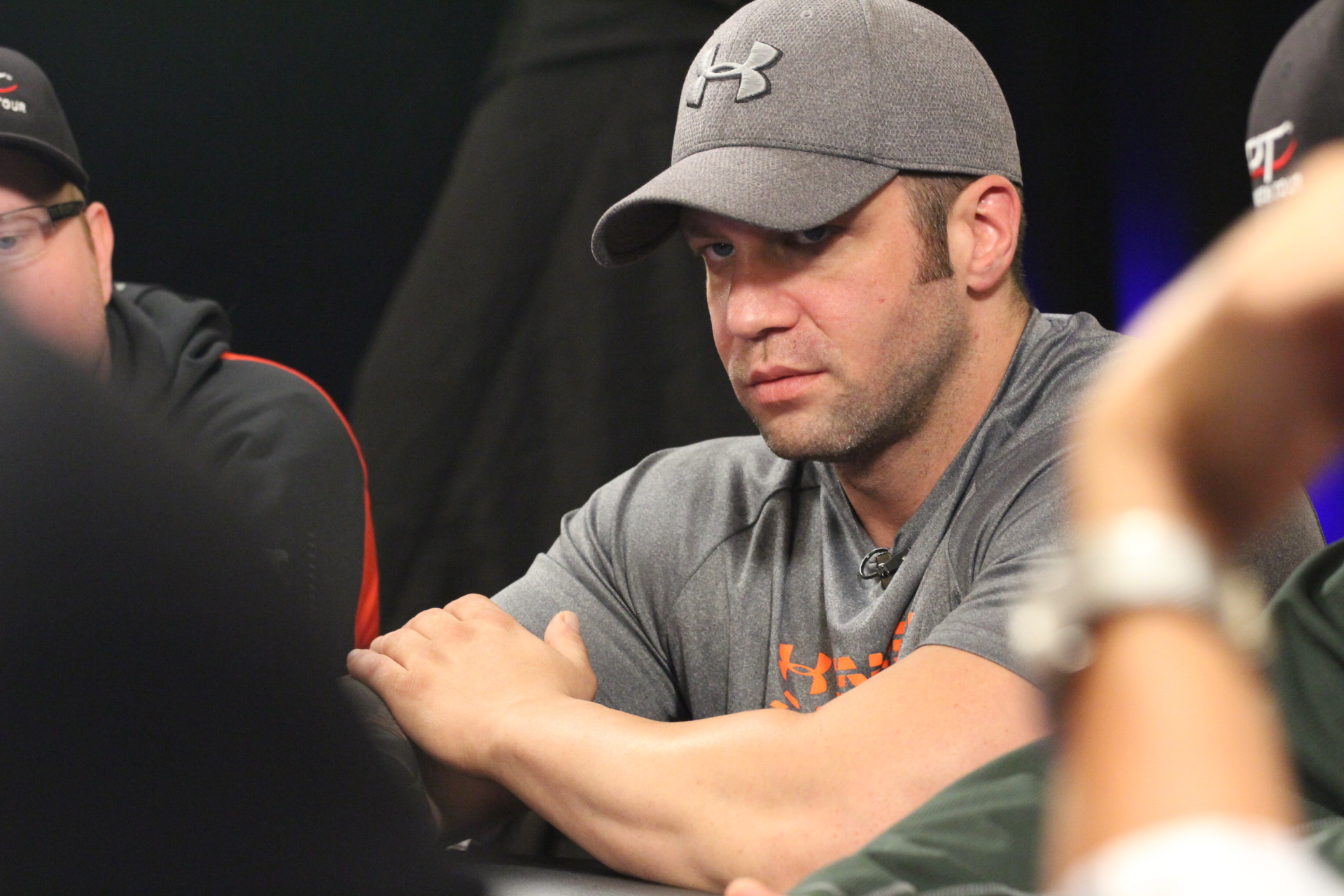 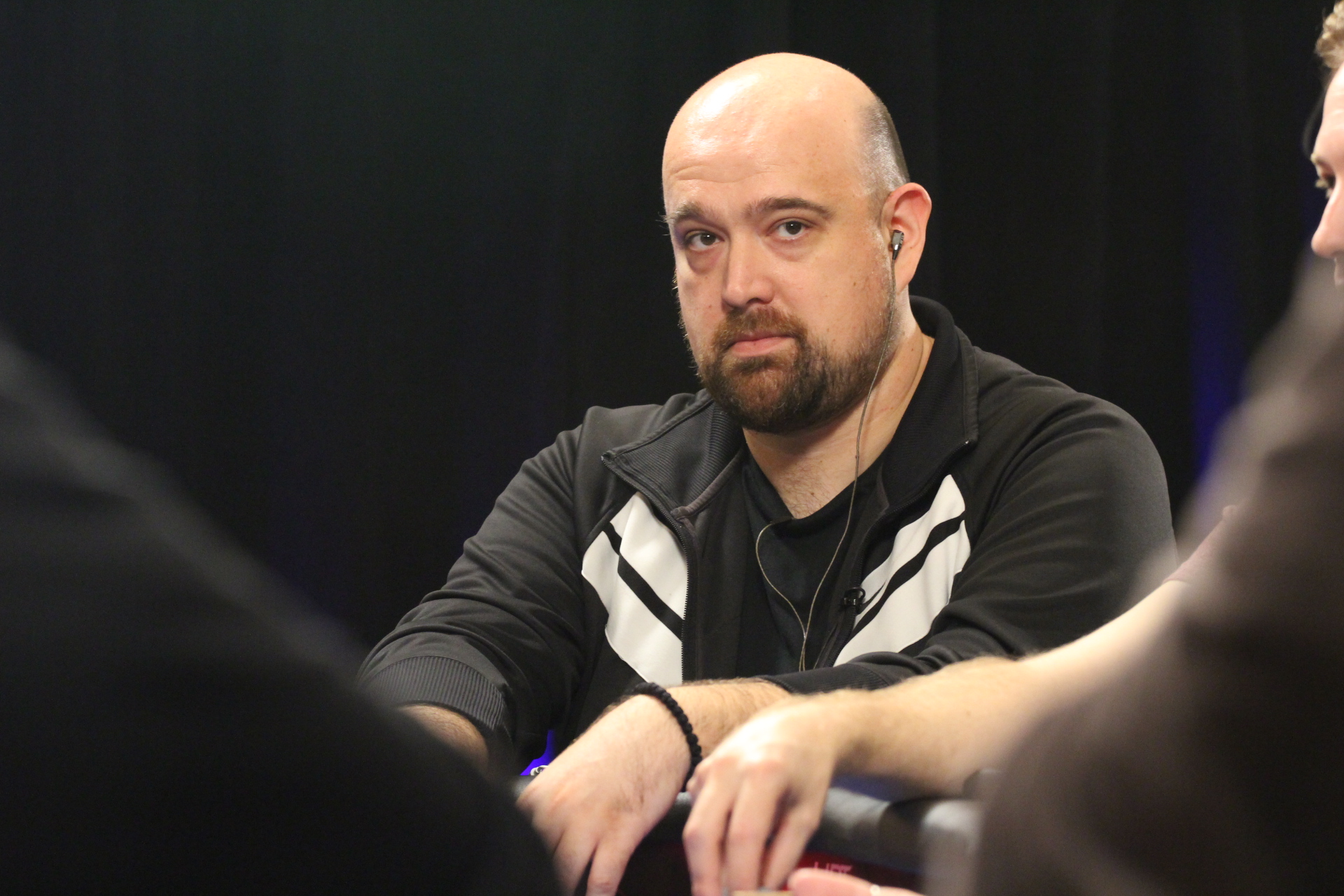 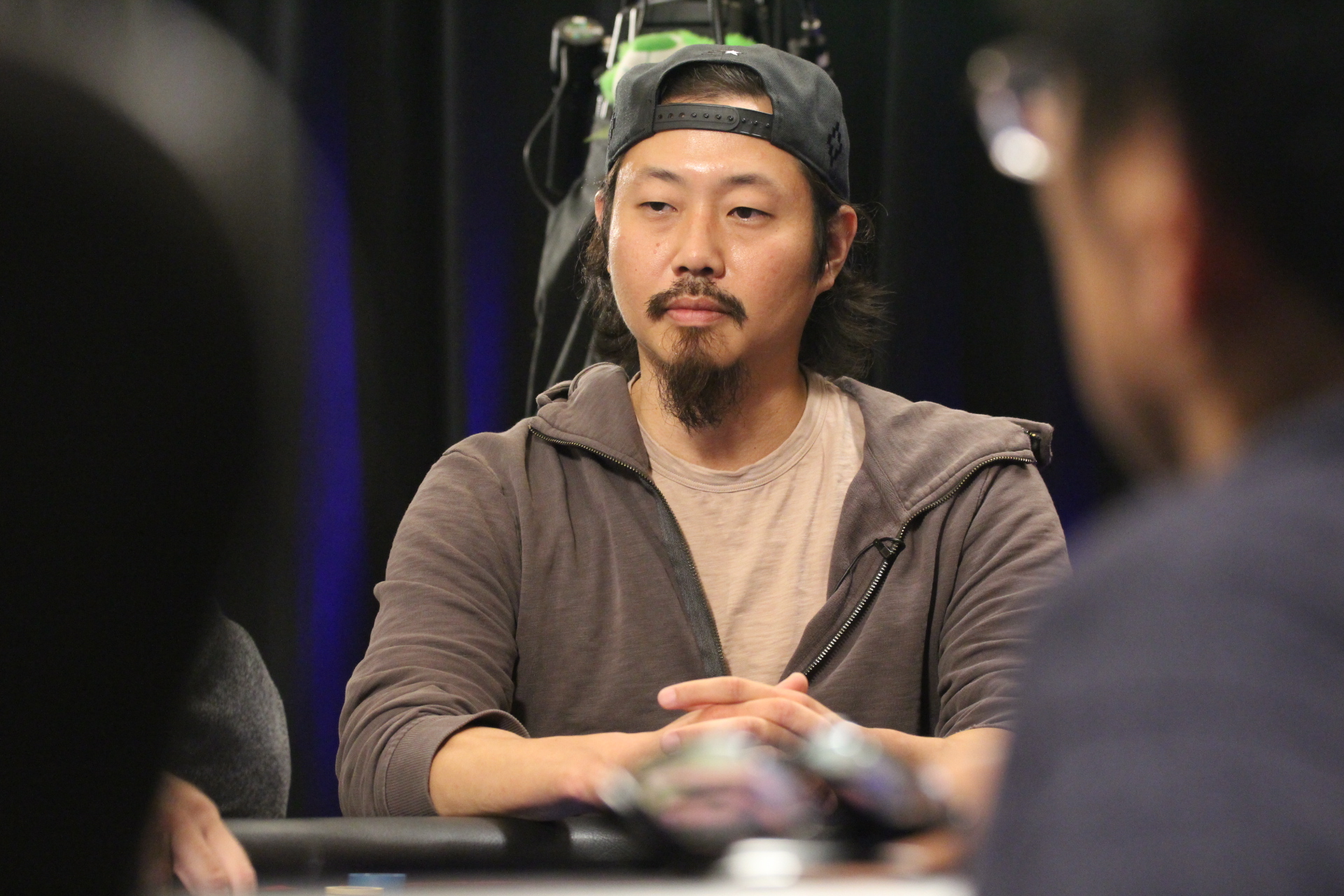 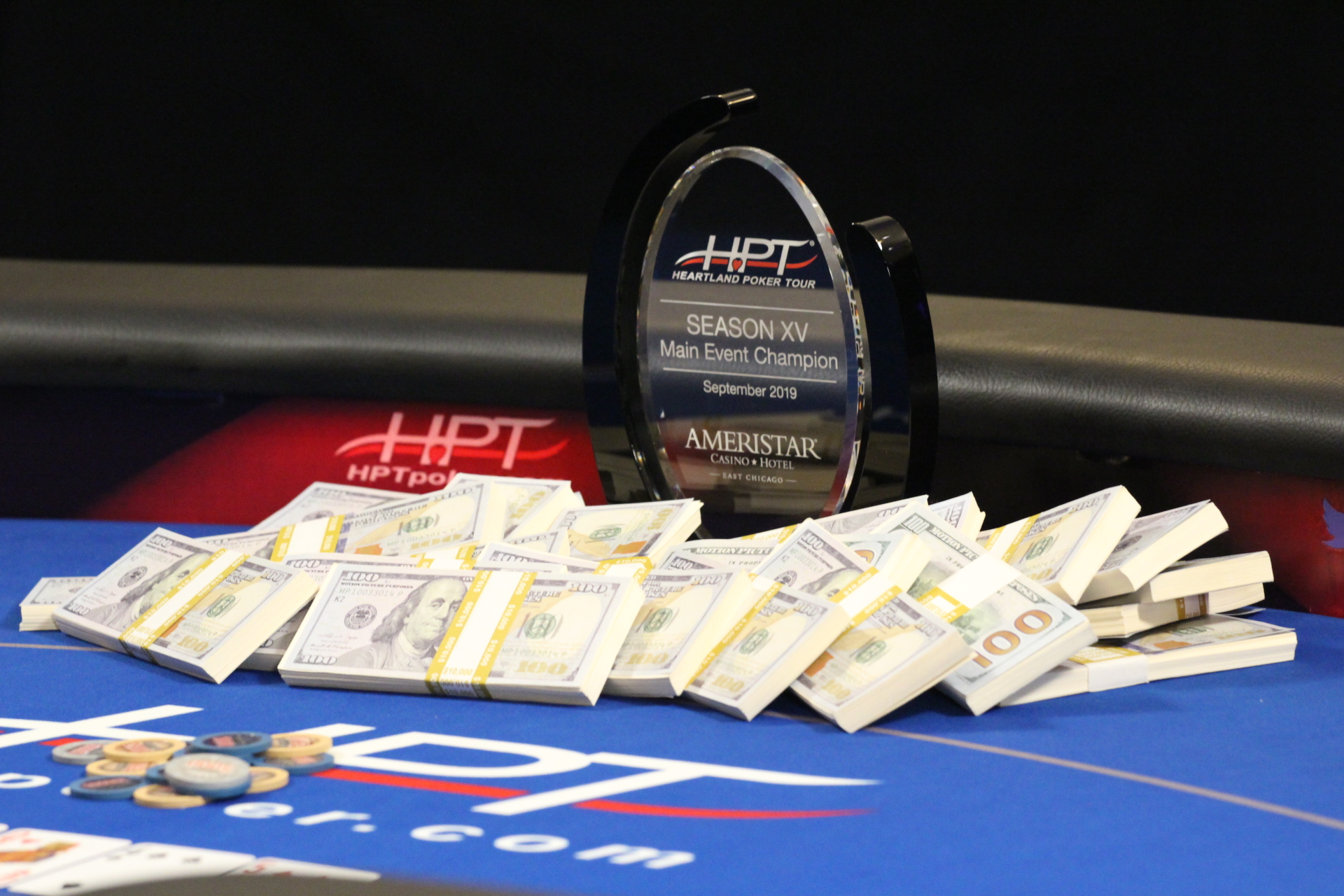 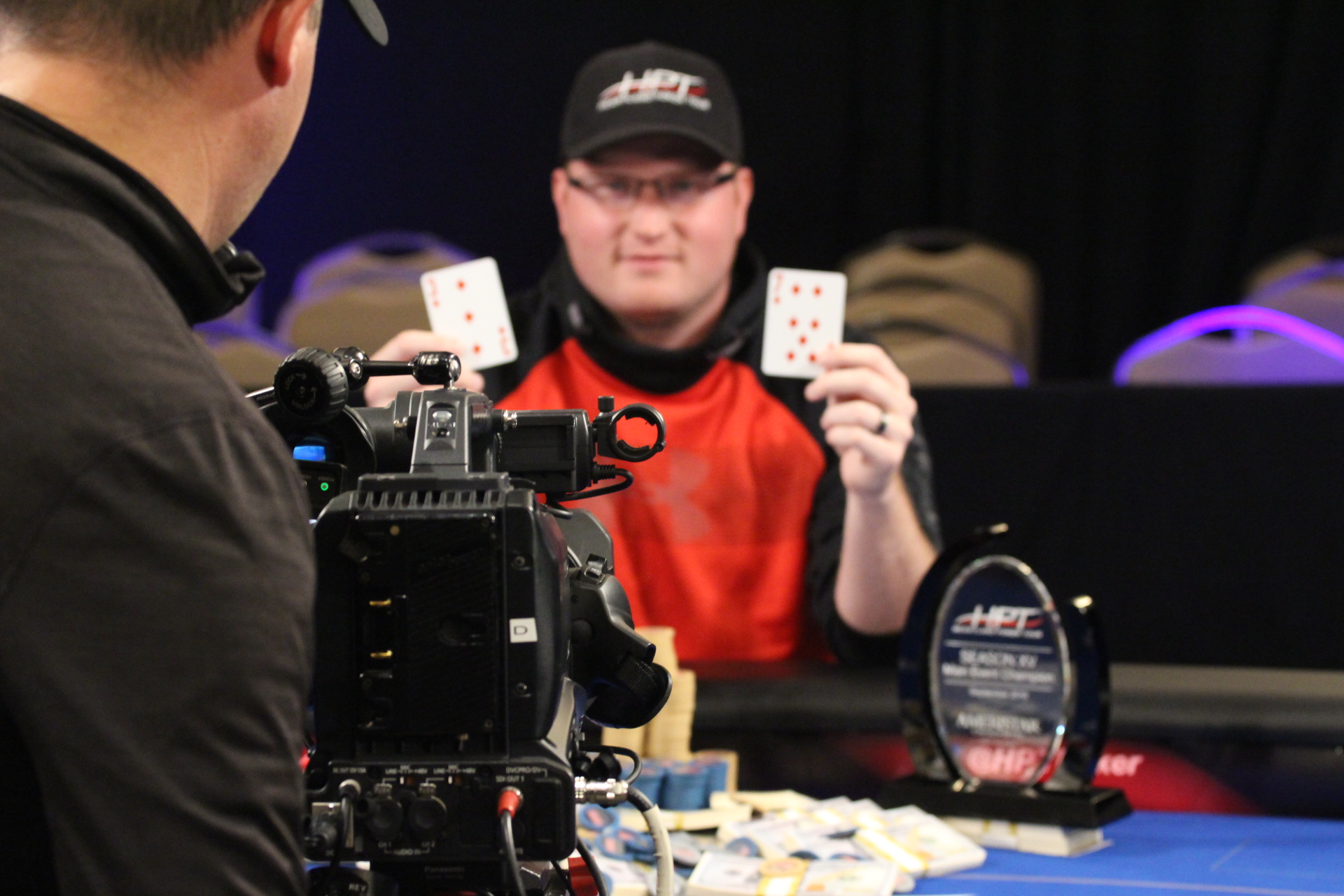 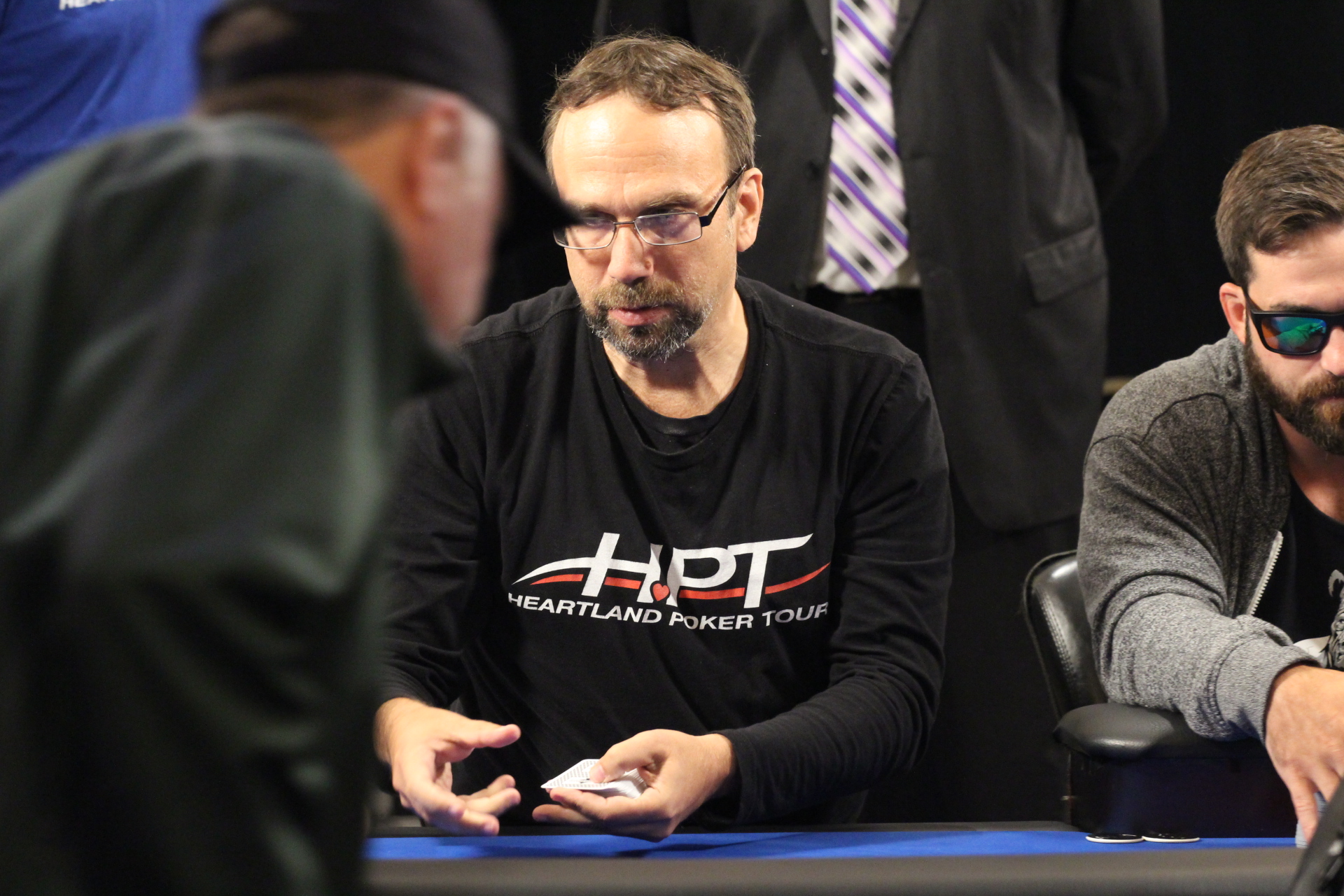 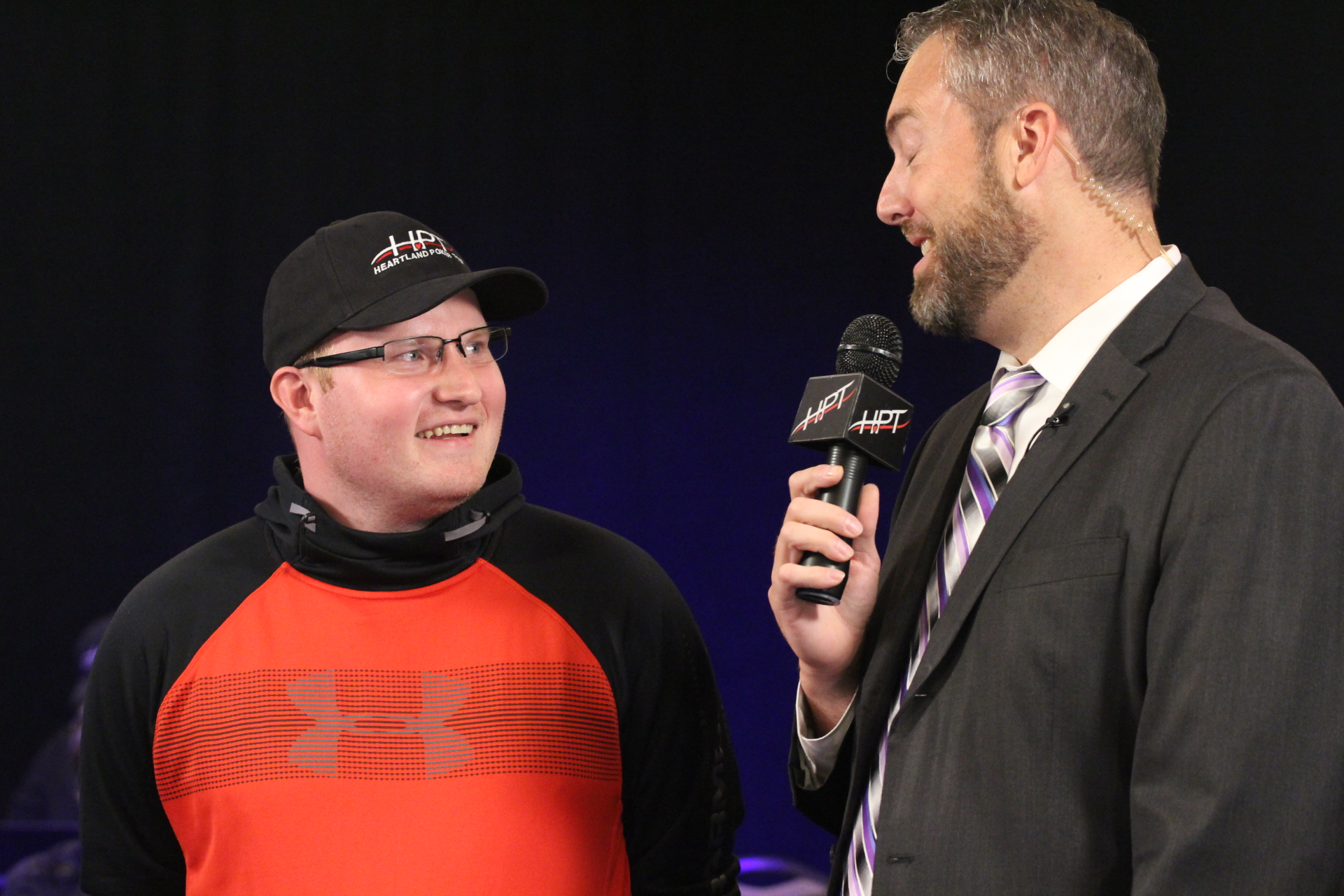 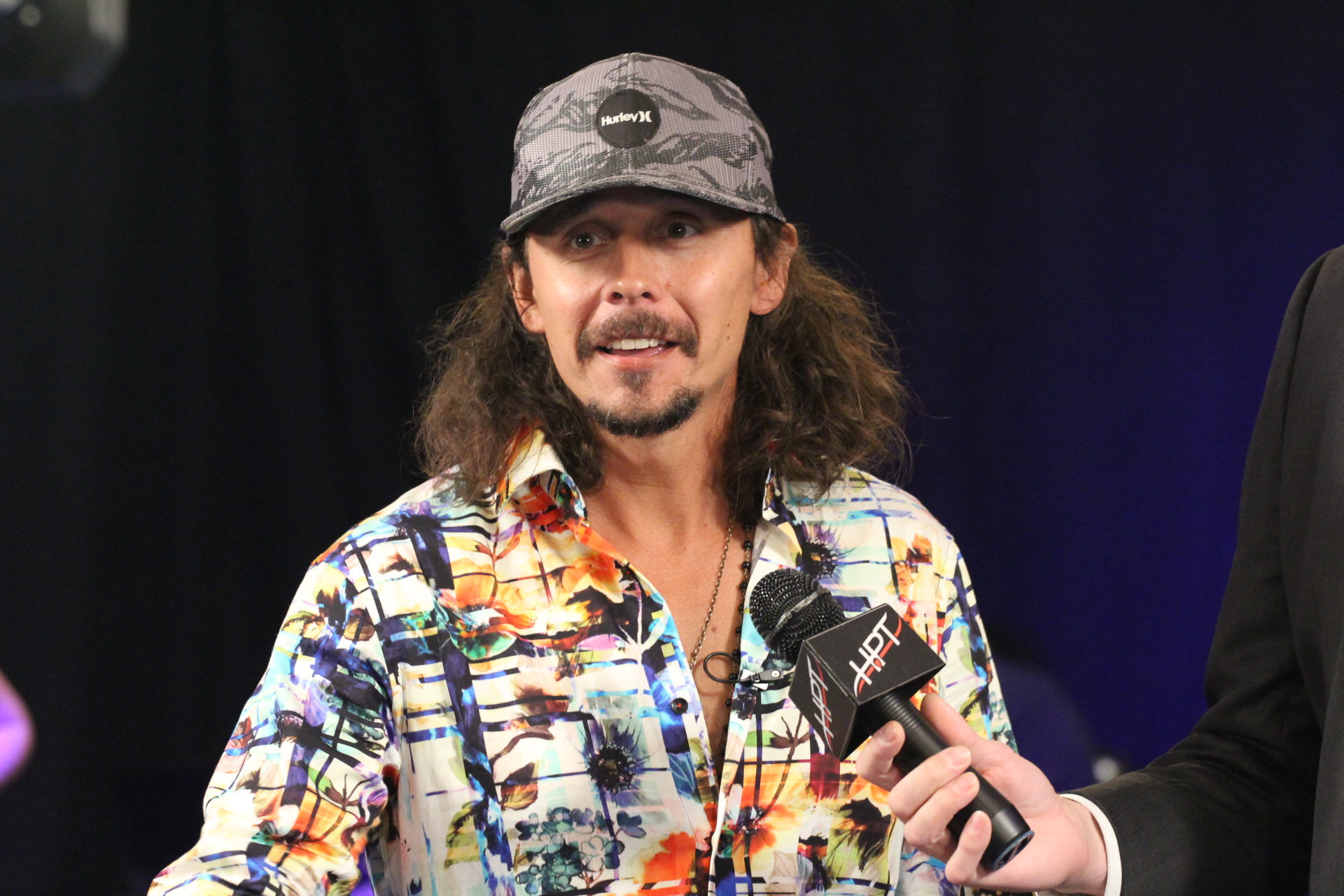 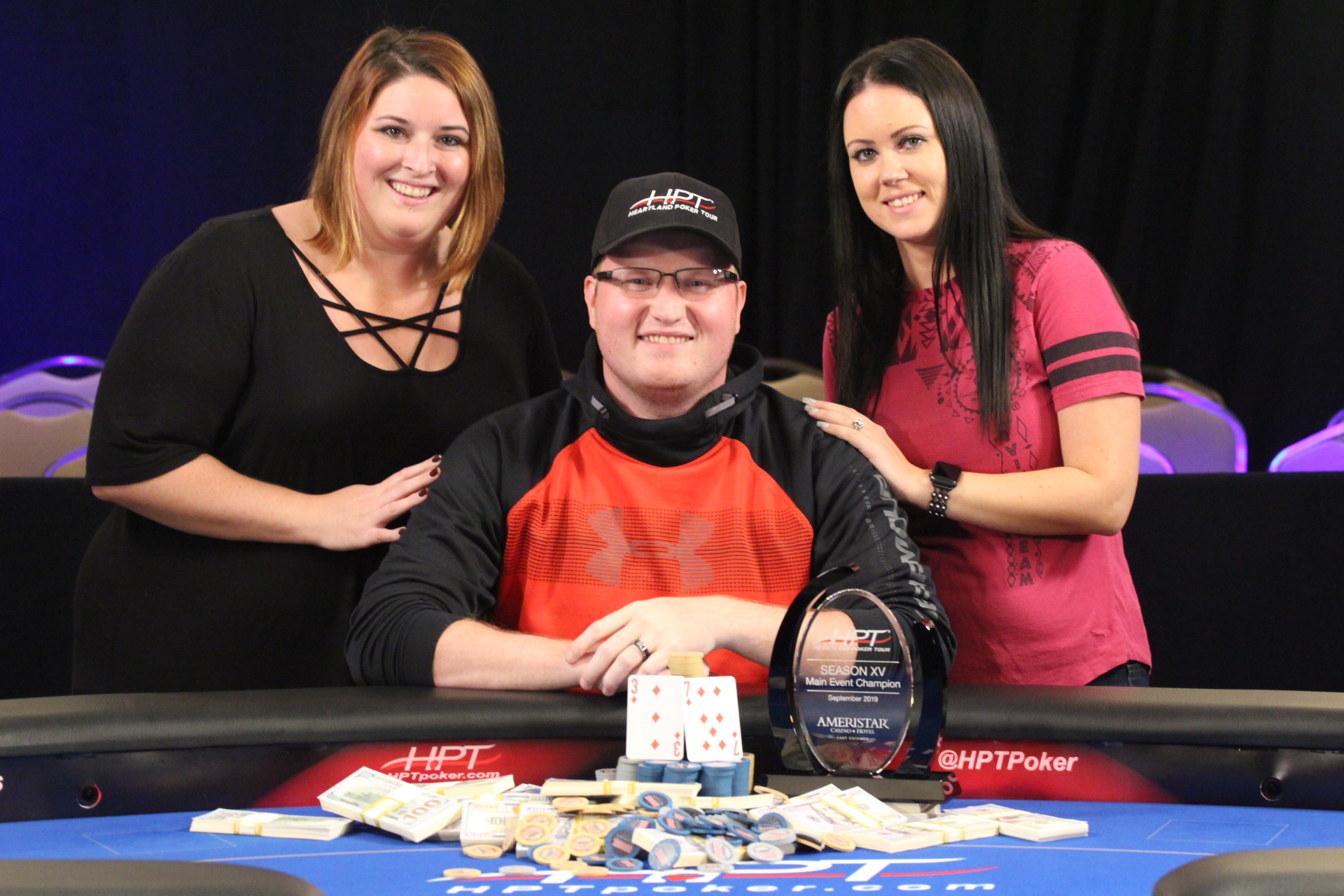 By Anthony Thompson of PokerNews

For the second time this year, the Heartland Poker Tour (HPT) held its $1,650 Main Event in East Chicago at the Ameristar Casino, which drew a massive 579 entries and created an $833,760 prize pool. In the end, it was Wisconsin poker pro Josh Reichard who emerged victorious to claim a $186,812 first-place prize and a $3,500 HPT Championship package.

It was also his second HPT trophy and his second-best live cash with his best performance coming from the same event last November when he won his first HPT at Ameristar East Chicago title for $221,293.

When asked about how he feels about the victory, Reichard told PokerNews: “The goal is to win. I fell like everyone is at their peak happiness after a win. 578 players didn't win. Even if they won money, they aren't extremely happy, so you know winning is nice if you can pull it off. ”

The first final table elimination came just moments before the first break of the day after Michael Koh lost the majority of his stack when he was out flopped by Eddie Blumenthal. The very next hand would see Koh get his remaining 35,000 in the middle against start-of-day chip leader Mike O'Neill and Kevin Albers. Koh held ace-ten and couldn't connect with either of his cards as O'Neill would scoop the pot with a made hand of sixes to send Koh out the door in ninth place.

Once players returned from break, a flurry of eliminations occurred starting with Nikola Budzakoski, was involved in a three-way pot between Albers and Reichard. Budzakoski got his remaining chips in the middle after the flop holding an open-ended straight with jack-ten and was called by Reichard who flopped a set of nines. Budzakoski was unable to complete his straight and was boated out the door in eighth place.

A few short hands later would see Reichard claim another final table knockout in Albers. In a battle of blinds, Reichard opened the action with a raise and Albers moved all in for his last 1.1 million getting called. Albers had live cards holding king-ten offsuit but was dominated after Reichard, who held ace-queen, paired his on the flop. The only hope for Albers was to hit running cards but it wasn't meant to be as he took his exit in seventh place for $24,908.

The next barrage of eliminations happened so quick if you looked down and back up, you'd notice three players were gone an in instant. Henry Zou, Brett Apter, and O'Neill all fell victim to David McDermott in just a matter of minutes.

The first of the back-to-back eliminations started when Zou open-jammed his short stack of 615,000 in the middle from late position and McDermott came over the top from the cutoff. Action was on Apter who decided to come along holding less chips than McDermott. Once the players revealed their hands, Zou and Apter saw they were in trouble holding each other's outs with McDermott holding the weapons of mass destruction. Zou saw a glimmer of hope flopping a gutterball but neither he nor Apter could get out of the explosion range taking home sixth and fifth place finishes as they headed for the exit.

McDermott wasn't finished there as O'Neill would be gone the very next hand. McDermott limped in from under the gun and O'Neill got sneaky checking his option from the big blind holding pocket jacks. The flop fell nothing higher than an eight and O'Neill lead out for 200,000. McDermott then raised all in and O'Neill snap-called licking his chops thinking he had McDermott right where he wanted him only to see his opponent flopped top-set with pocket eights. O'Neill's fate was sealed as he wouldn't catch another hook to stay alive and he took home $52,555 for his fourth-place finish.

One level later would see the third-place finisher take his leave as Blumenthal became another victim of Reichard's onslaught. Blumenthal tried making a short-stack move holding king-five but ran into the pocket nines of Reichard. Blumenthal held an overcard but couldn't connect and he took home $75,637 for his efforts.

The start of heads-up action saw Reichard hold a 2:1 chip advantage over McDermott and it took a little less than one hour for a winner to emerge. There were a few back-and-forth tussles but in the end, Reichard would chip down McDermott until he had nothing but bread crumbs. McDermott would eventually take $115,406 for his second-place finish.

"I felt good coming into the heads-up match," Reichard told PokerNews after the win. "I think raising majority of the hands with the big blind ante, if he were to fold, I'd be taking chunks of his stack. I knew eventually we'd get it in so I was willing to risk that and keep chipping away at him."