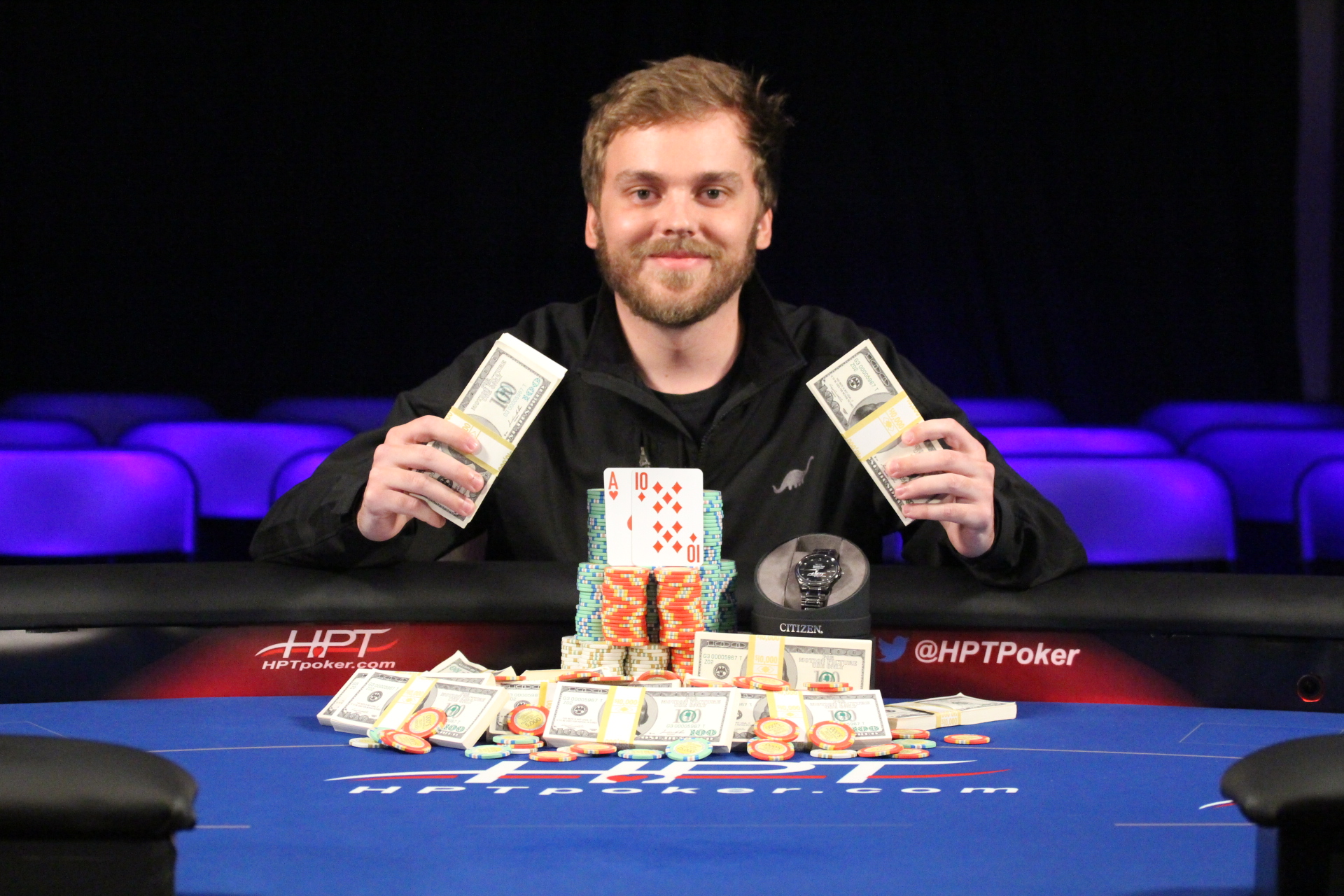 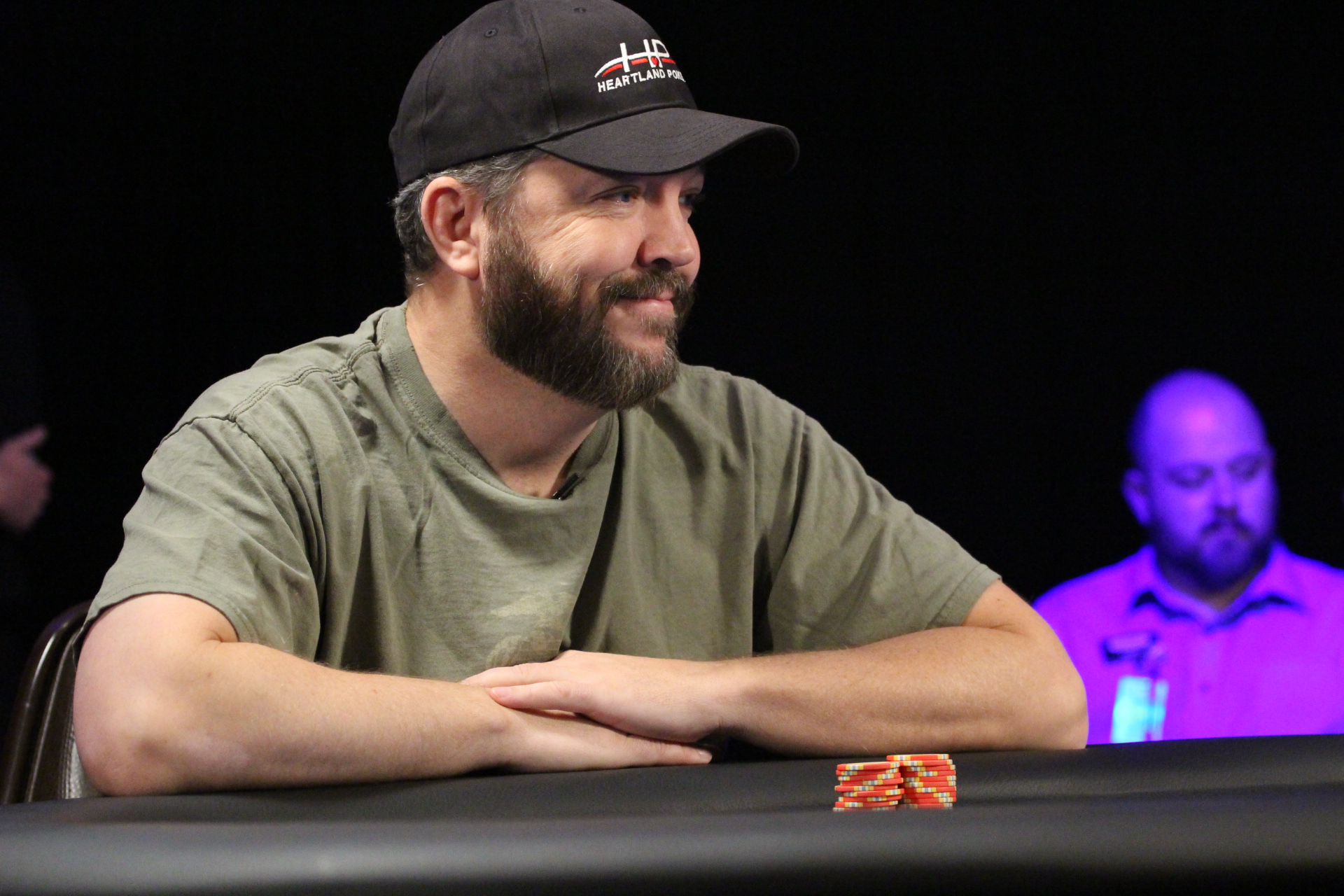 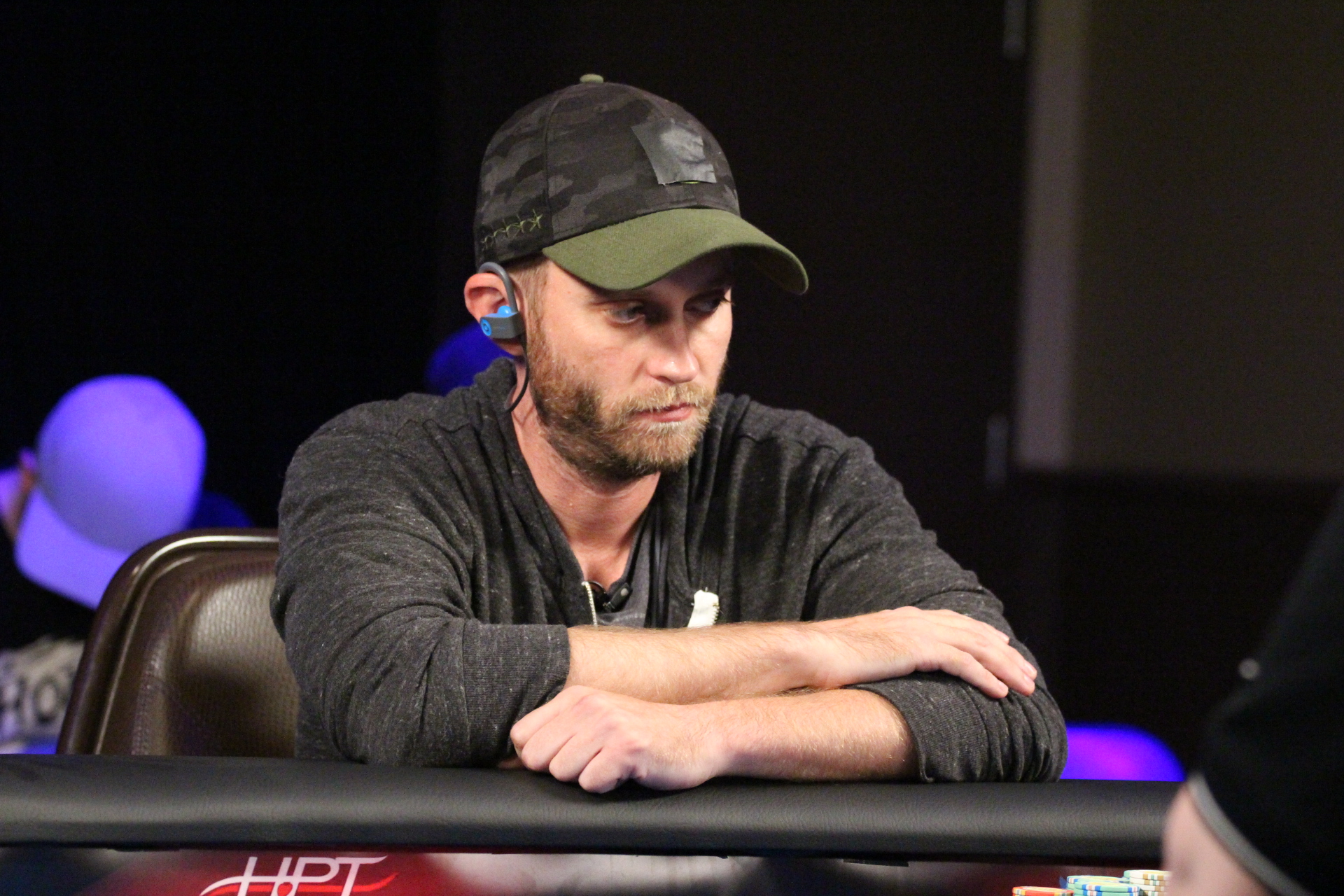 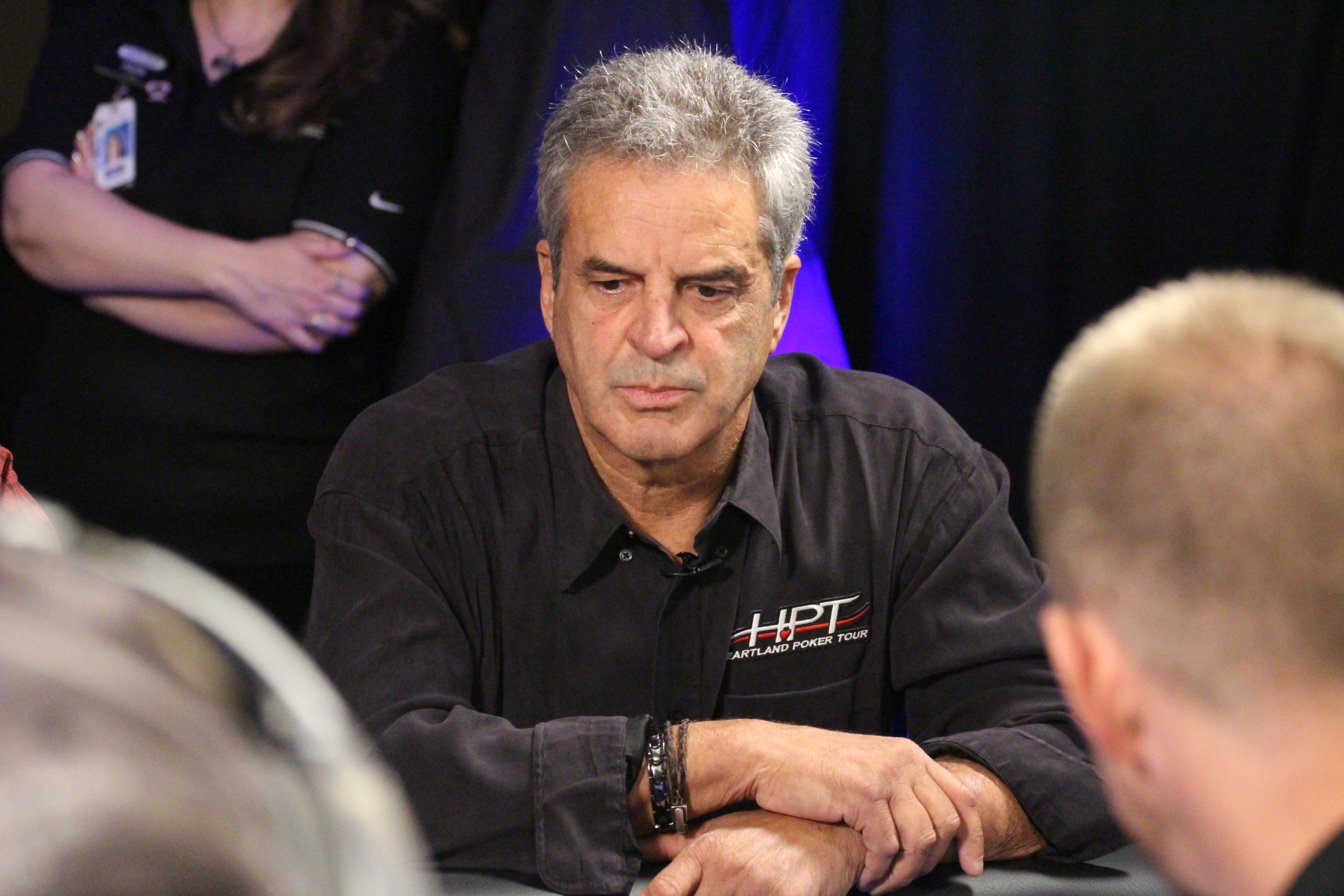 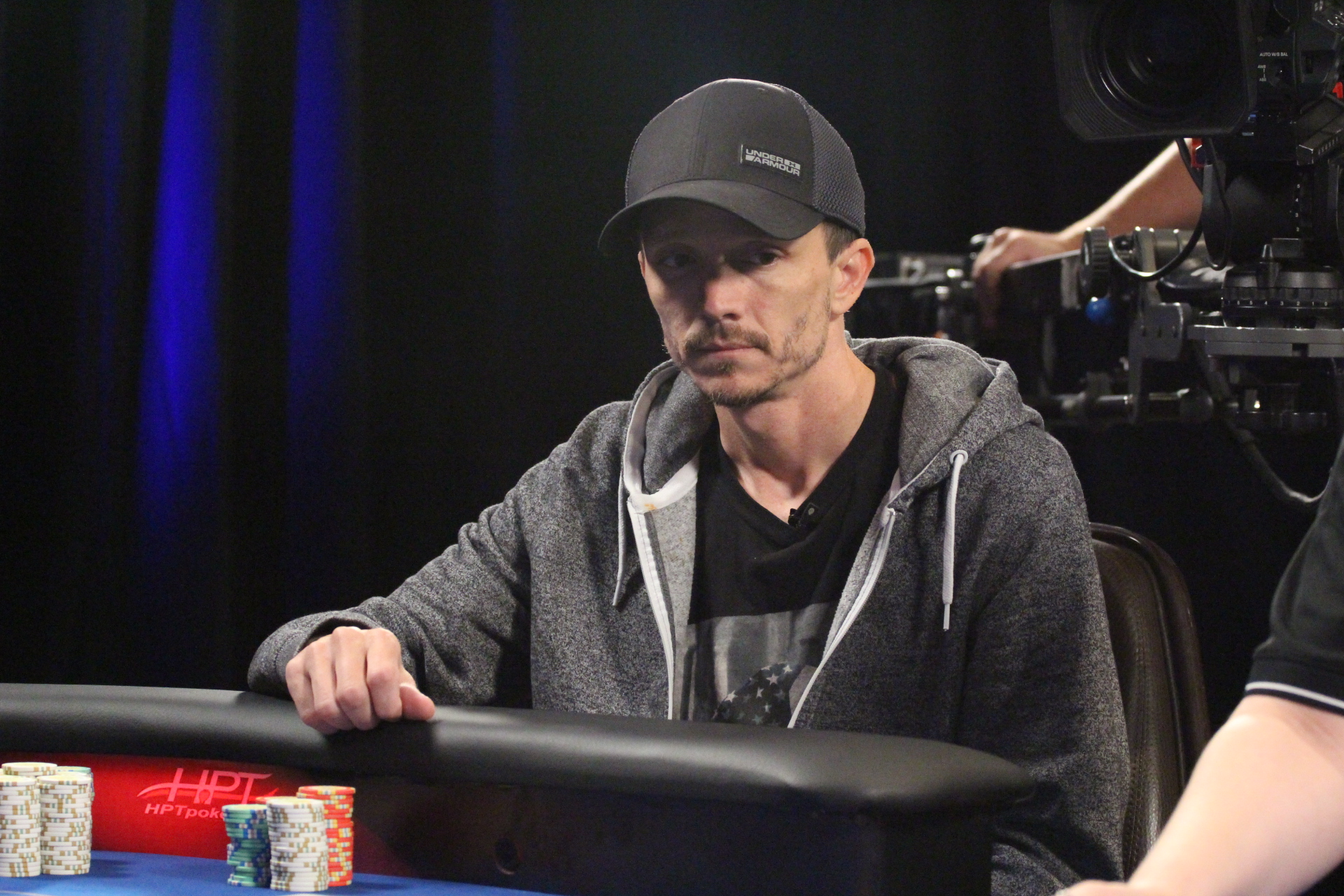 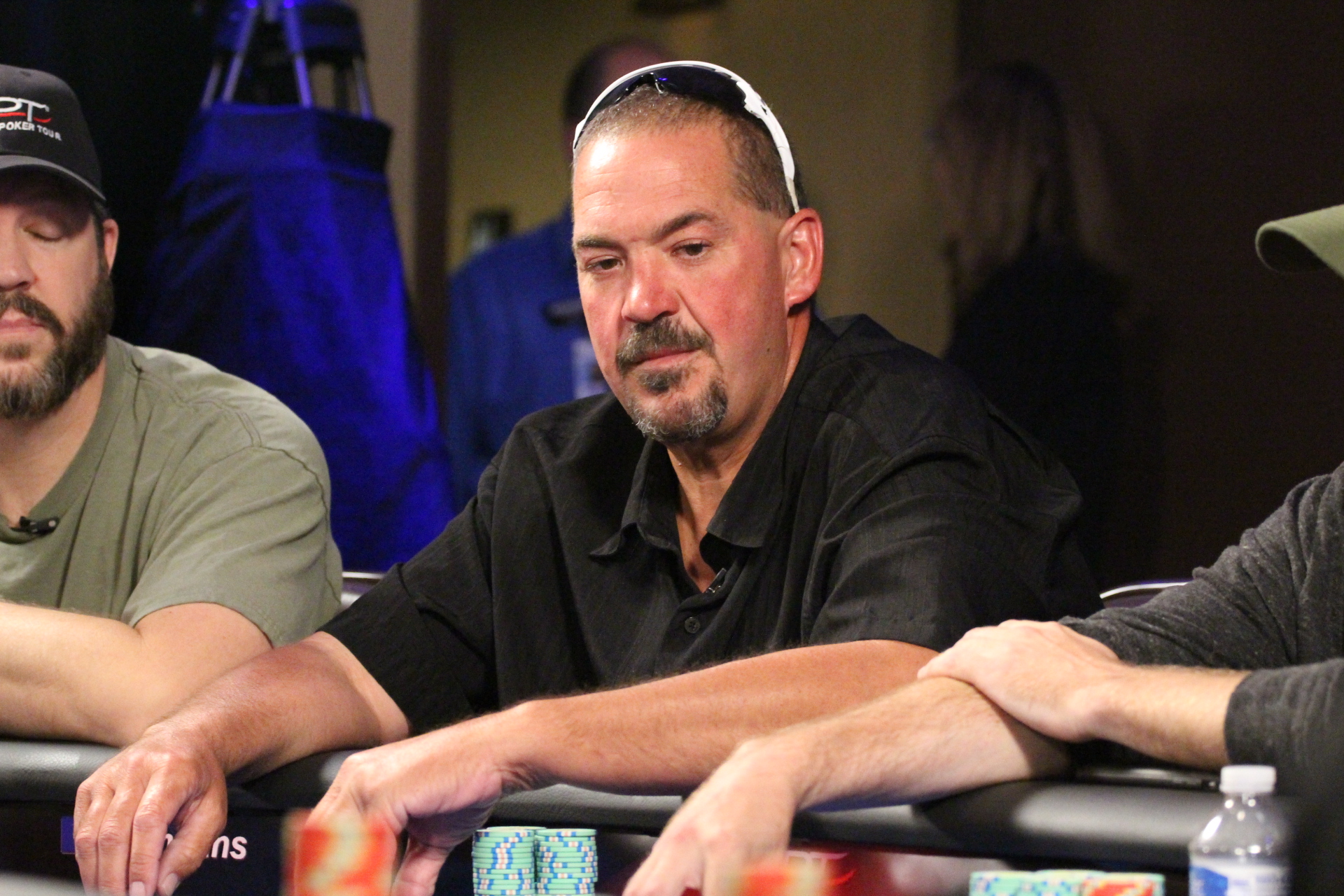 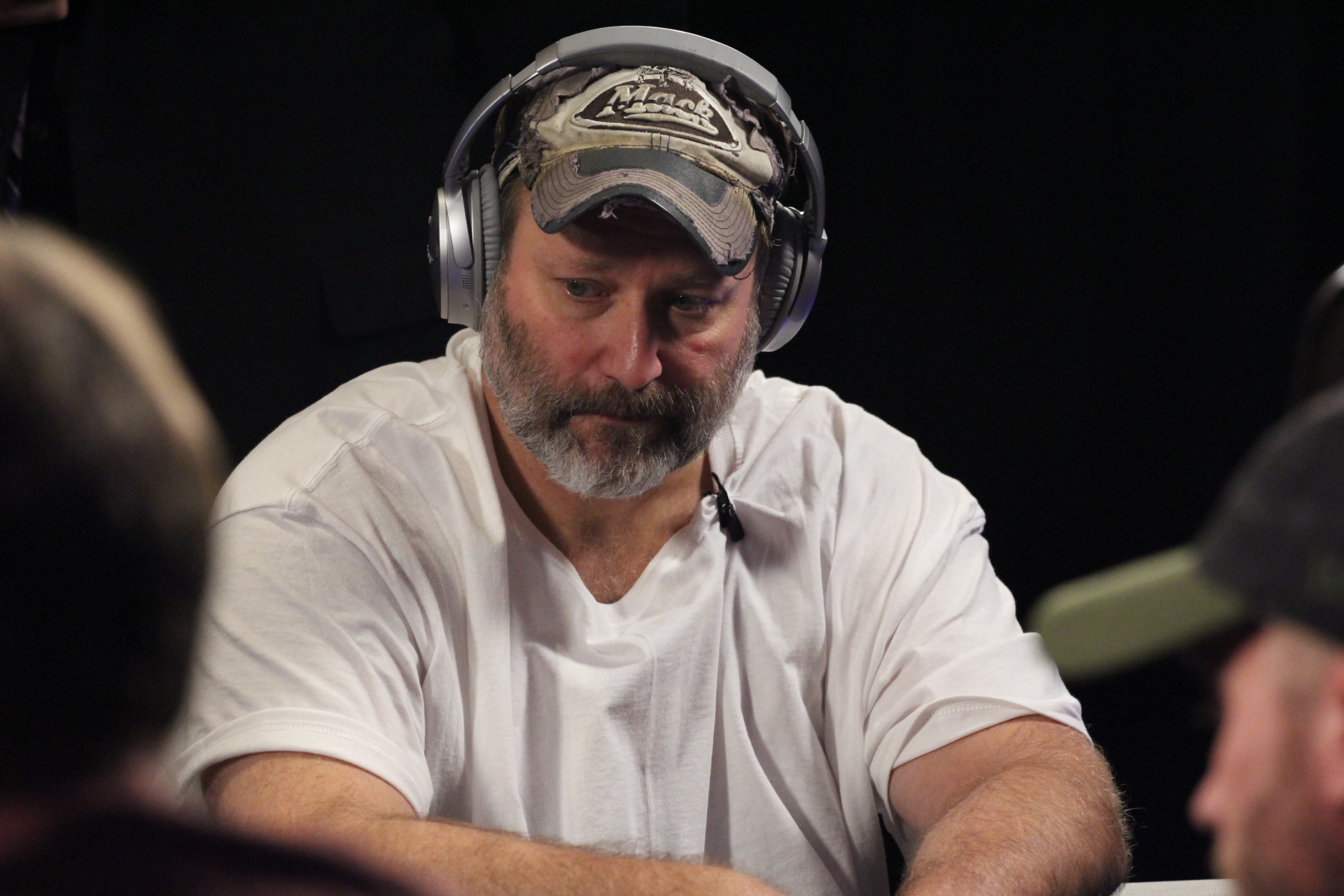 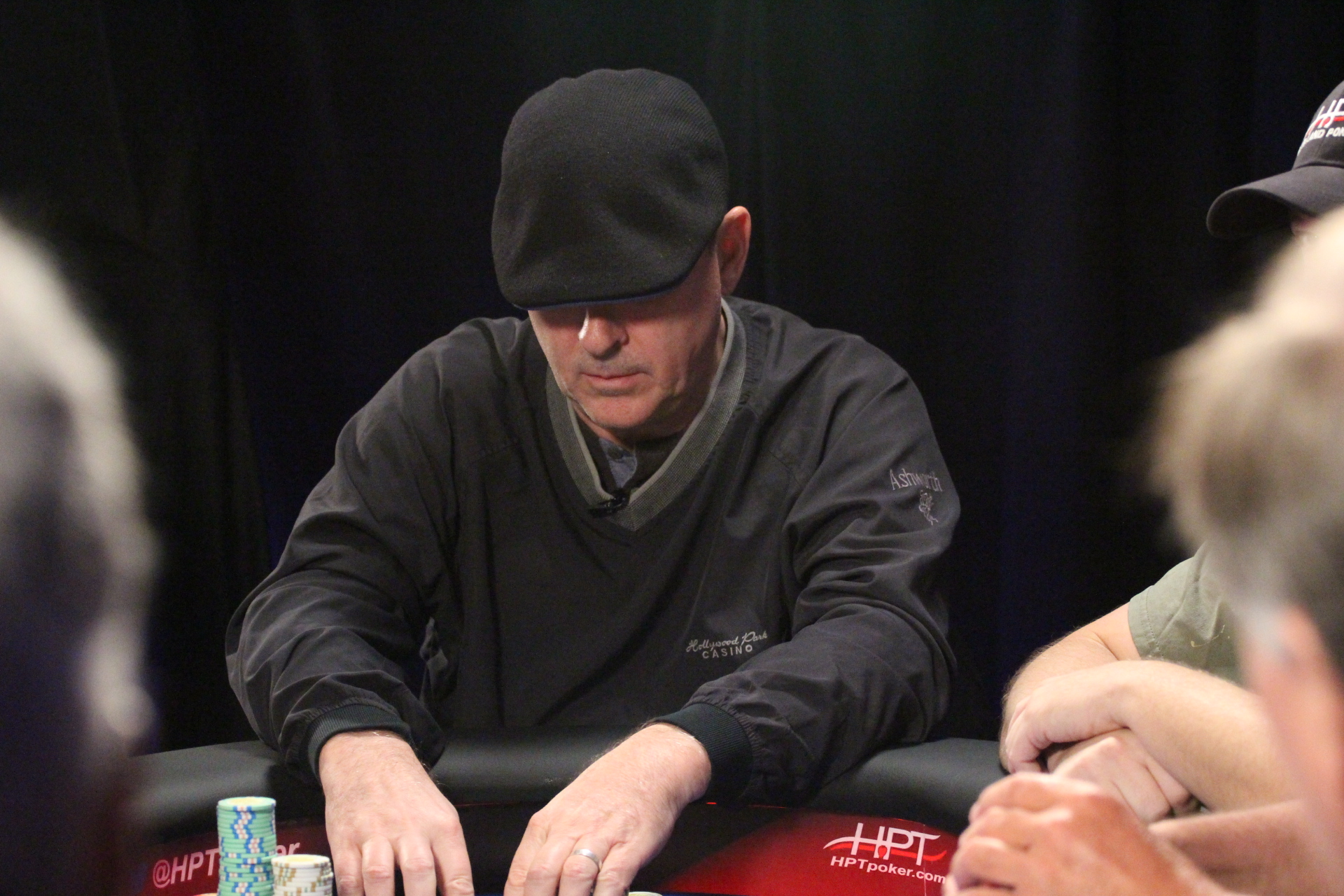 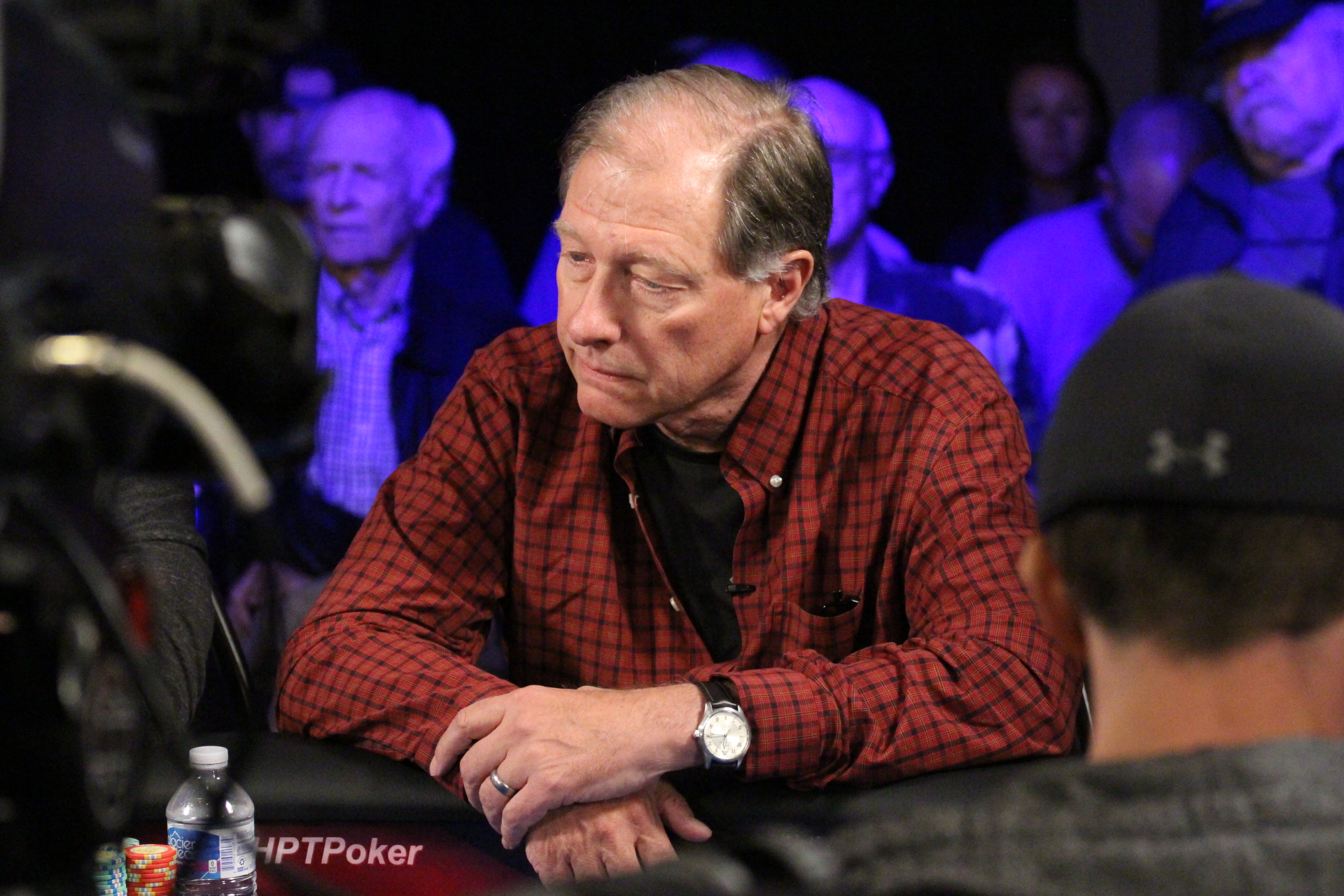 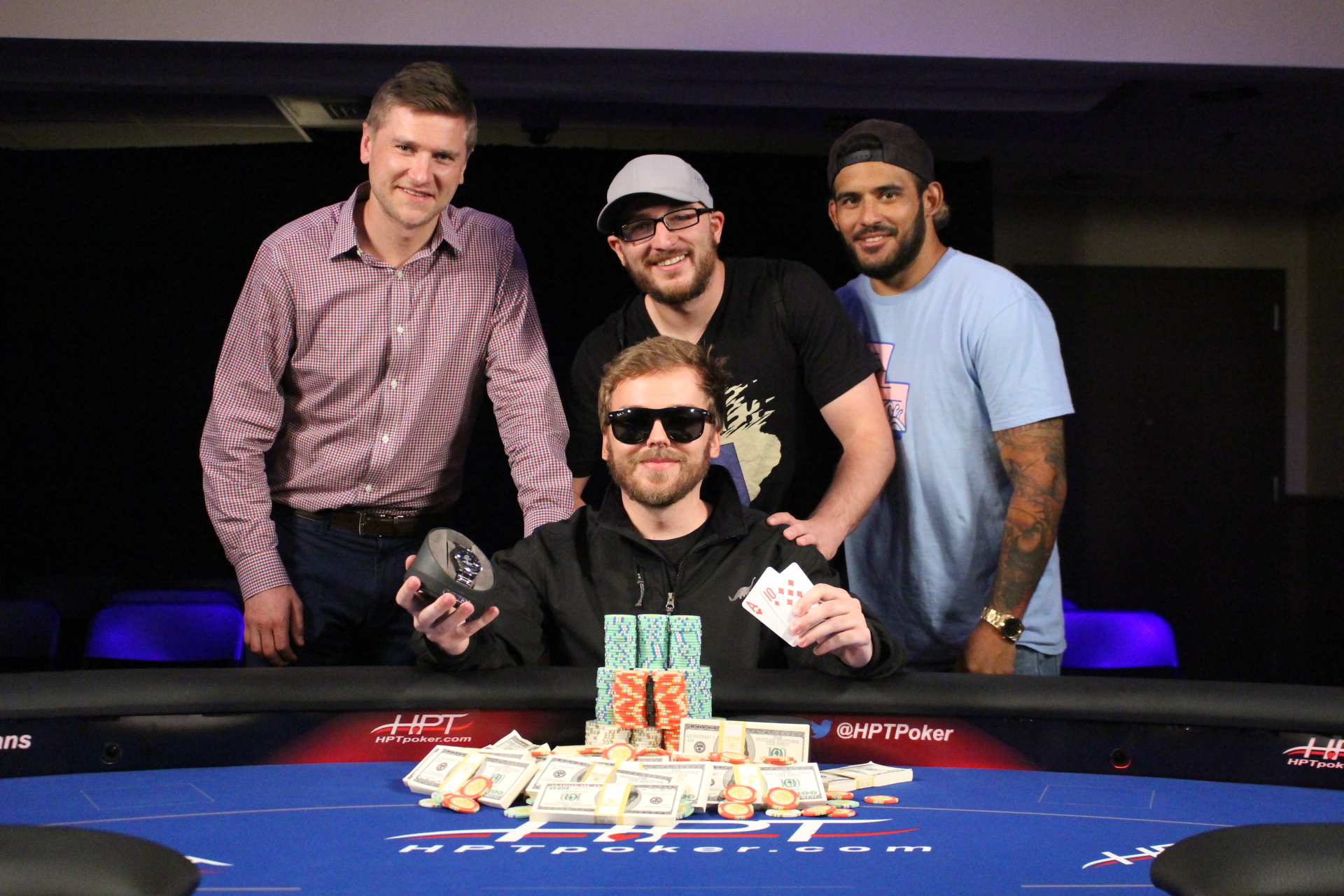 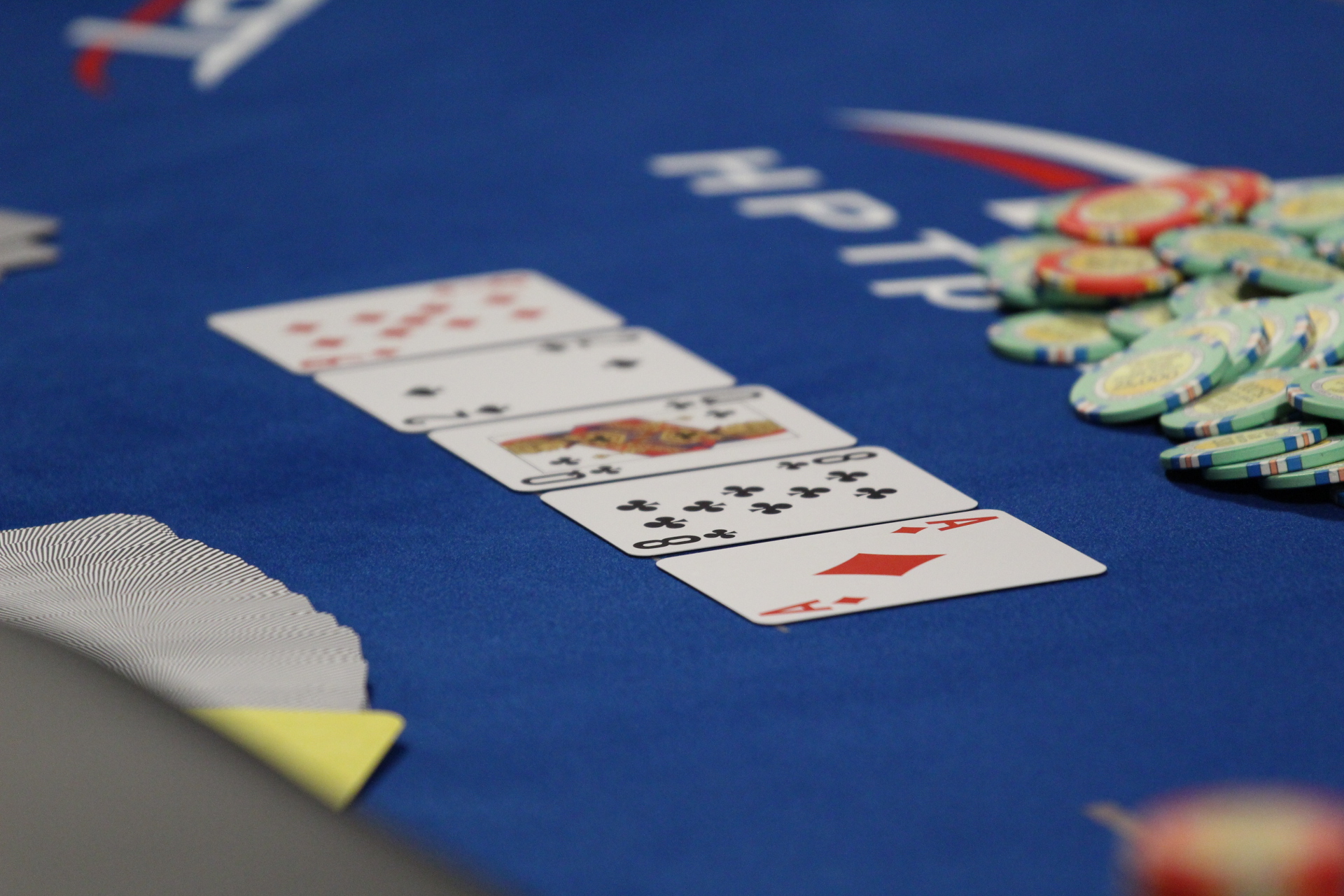 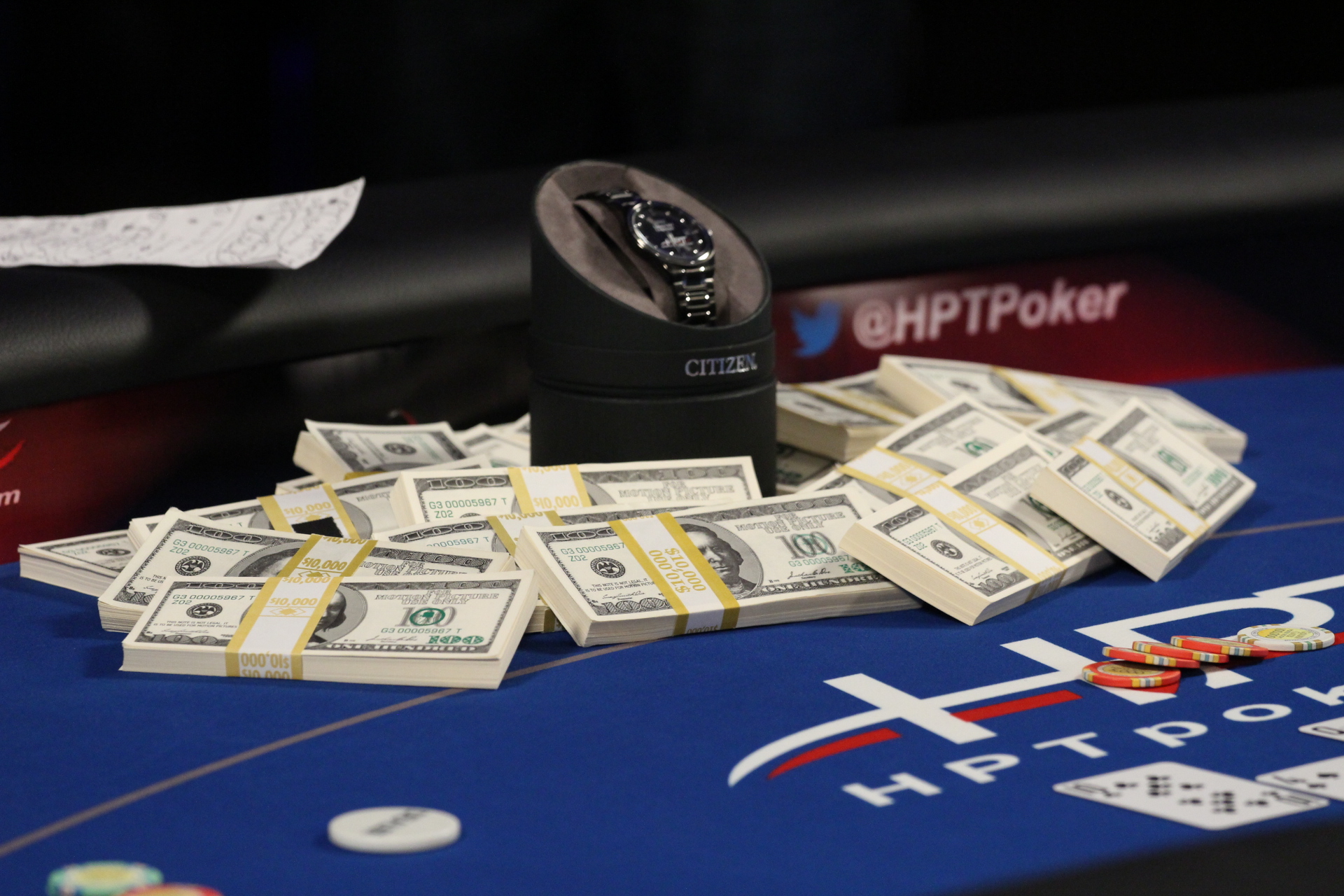 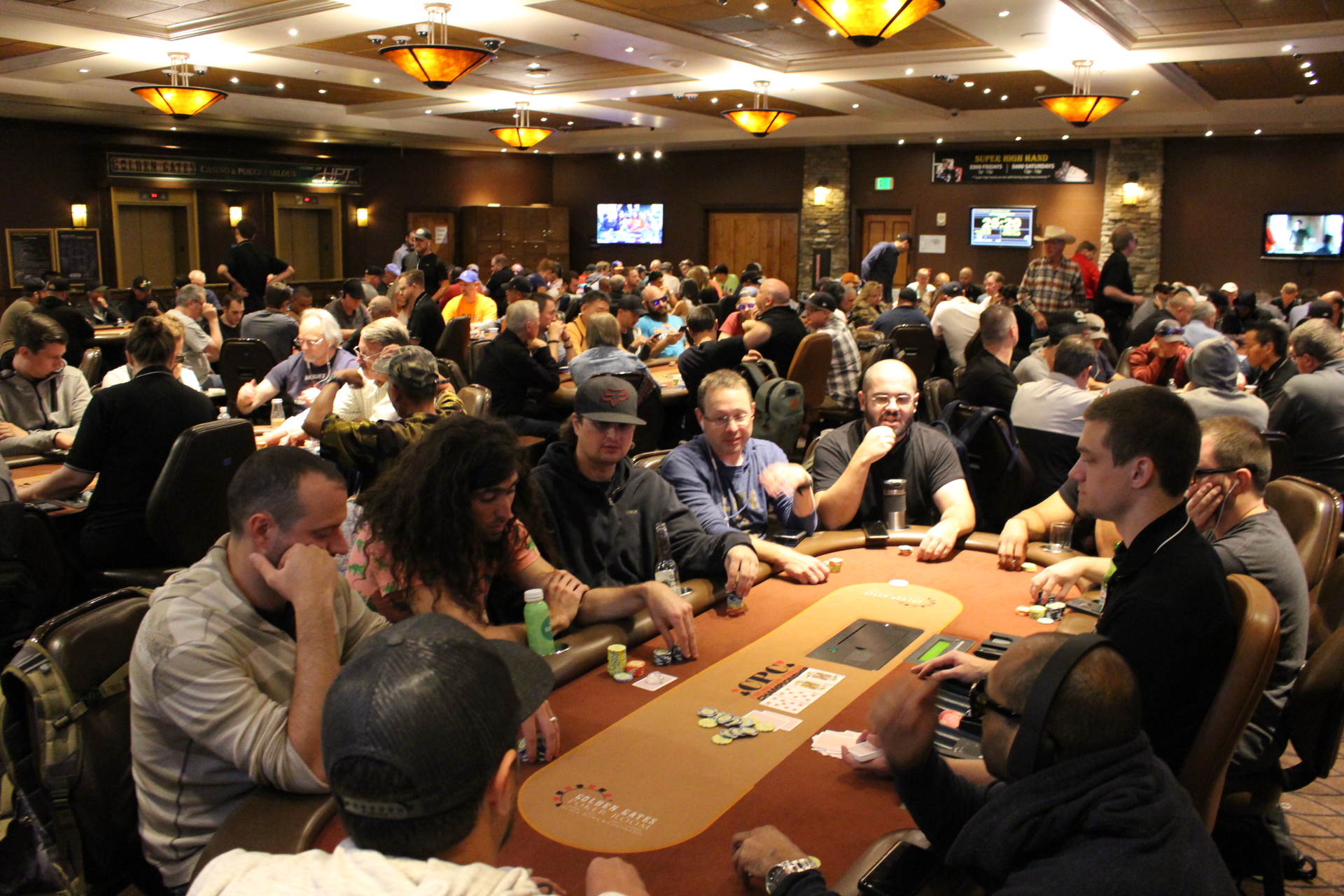 Black Hawk, CO (July 24, 2018) – Ben Brown collected $159,131 Monday afternoon after defeating a field of 763 entrants in the Heartland Poker Tour (HPT) Main Event from Golden Gates Casino & Poker Parlour. This was the largest score of the Grand Junction man’s career on the felt.

The defining point of the tournament came early in the day when the two biggest stacks at the table collided in a hand. Brown won a 10-million chip pot off of Evergreen’s Chris Tryba with pocket kings over pocket queens. That hand awarded Brown nearly half the chips in the pot and he never looked back.

In the end, Rich Dixon was the final player standing between Brown and the title. Brown had more than a five to one chip lead and heads up play only lasted a few hands. This was Dixon’s second appearance at a televised HPT final table. The Cheyenne, Wyoming man collected $98,509 for his runner-up finish.

Salesman Eric Klemann played his way to a third-place finish Monday for a $64,538 payday. The Denver man plans to use his newfound winnings as a down payment on a new home.

Perhaps the most recognizable face on the HPT circuit is that of Craig “The Legend” Casino. The Winfield, Illinois man has more accolades to his name than any other player in the tour's history. Monday was Casino’s twelfth time playing under the bright lights of an HPT final table. He has 31 career cashes with HPT and is also the tour’s all-time money leader.

Casino battled his way through the day before finding himself short stacked with four players left. He put the last of his chips into the middle with queen-ten only to be called by Dixon’s pocket jacks. The board ran clean for Dixon and Casino was eliminated in fourth place for $44,629.

Local poker player Aaron Frei needed to finish in the top two to score the largest cash of his career. Unfortunately for him, it wasn’t meant to be. Frei went all in with ace-jack and got called by Dixon’s pocket eights. The flop brought some excitement with two aces, but the third card to fall was an eight, giving Dixon a full house. Frei’s hand would not improve and he was sent to the rail in fifth place with $32,565.

Landscaper Andrew Van Maanen had $0 in career earnings coming into the day. He was smiling ear to ear the whole weekend, even when Klemann knocked him out of the tournament in sixth place. Van Maanen took home $25,016.

Chris Tryba began the day as the chip leader and was poised to make a deep run until his pocket queens ran into Brown’s pocket kings in the hand described earlier. Tryba was eliminated shortly thereafter in seventh place. He’ll take home $20,649 for his efforts.

Monday’s eighth-place finisher was Kevin Nettles from Pottstown, Pennsylvania. Nettles would earn $17,245 for that finish. Brian Leitch was the first player of the day to get knocked out. Leitch, a retiree from nearby Golden, added $13,840 to his earnings total for the ninth-place finish.