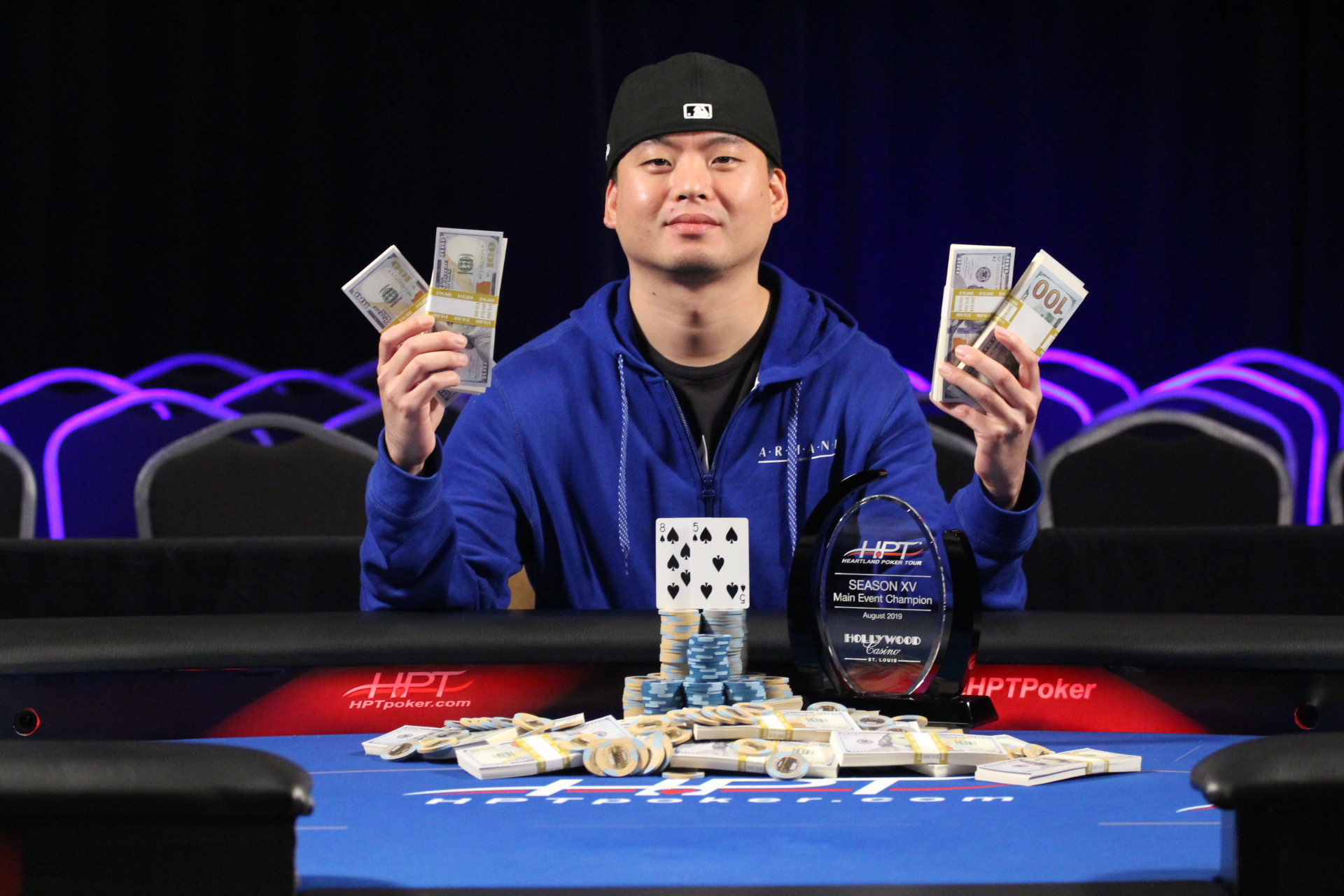 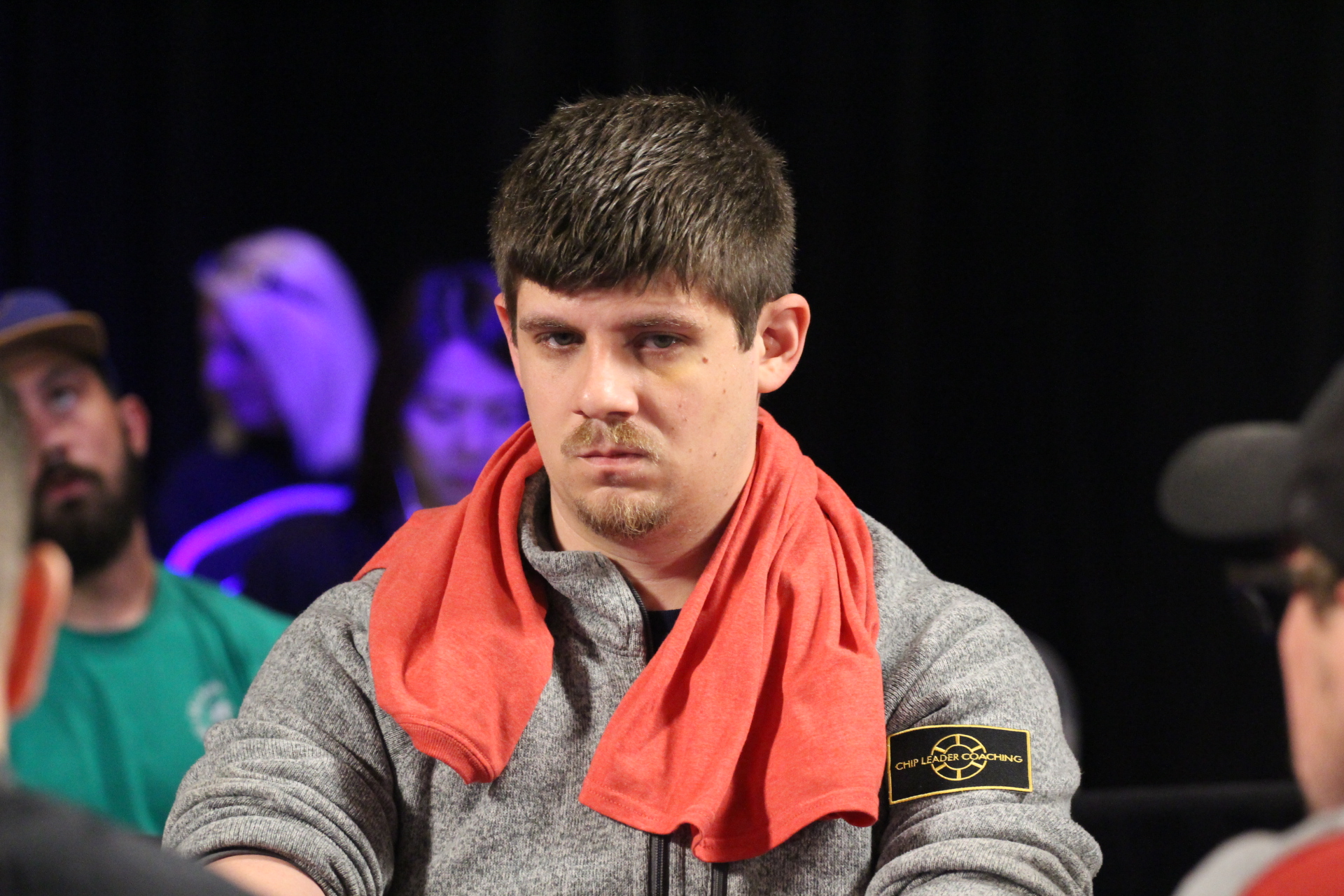 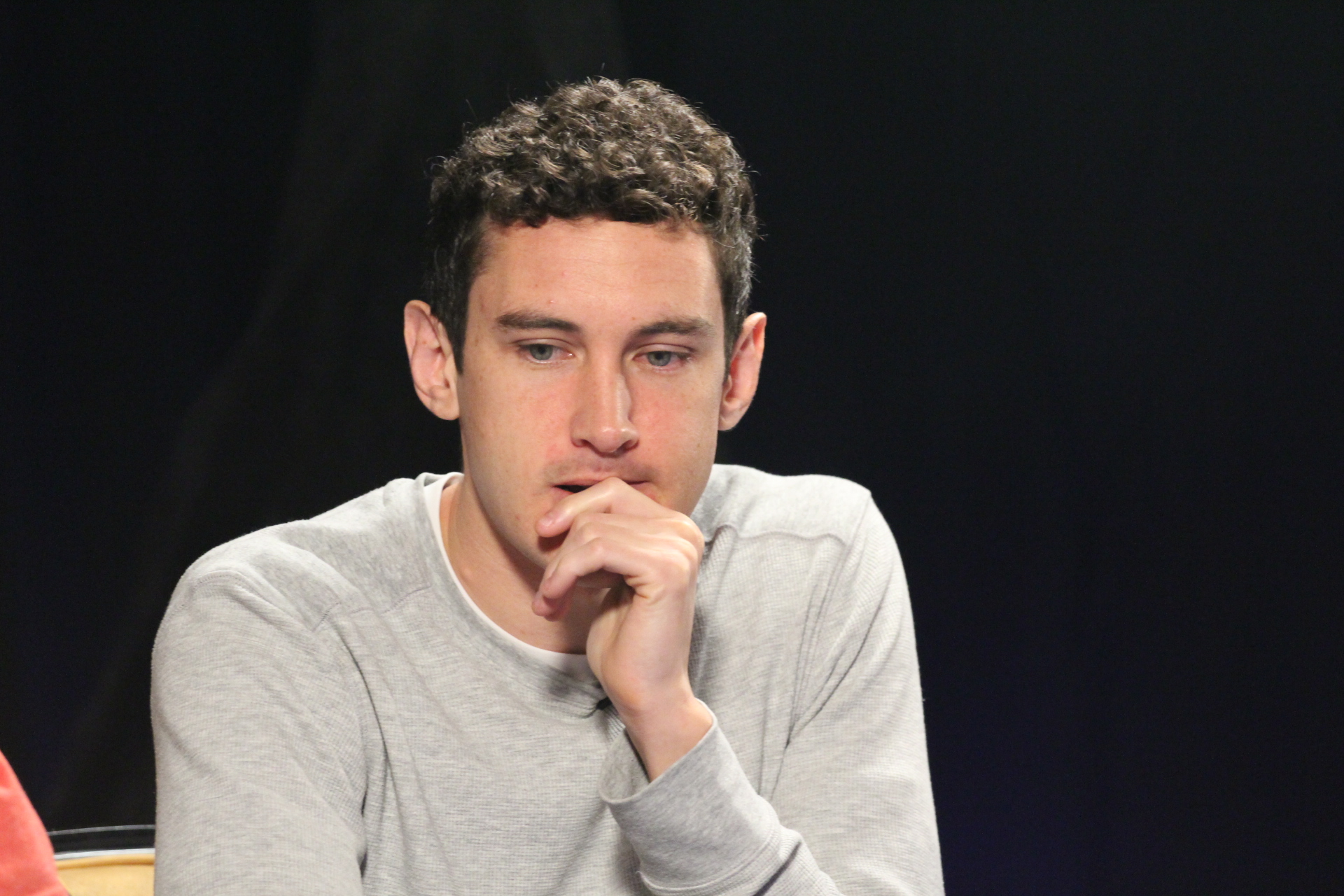 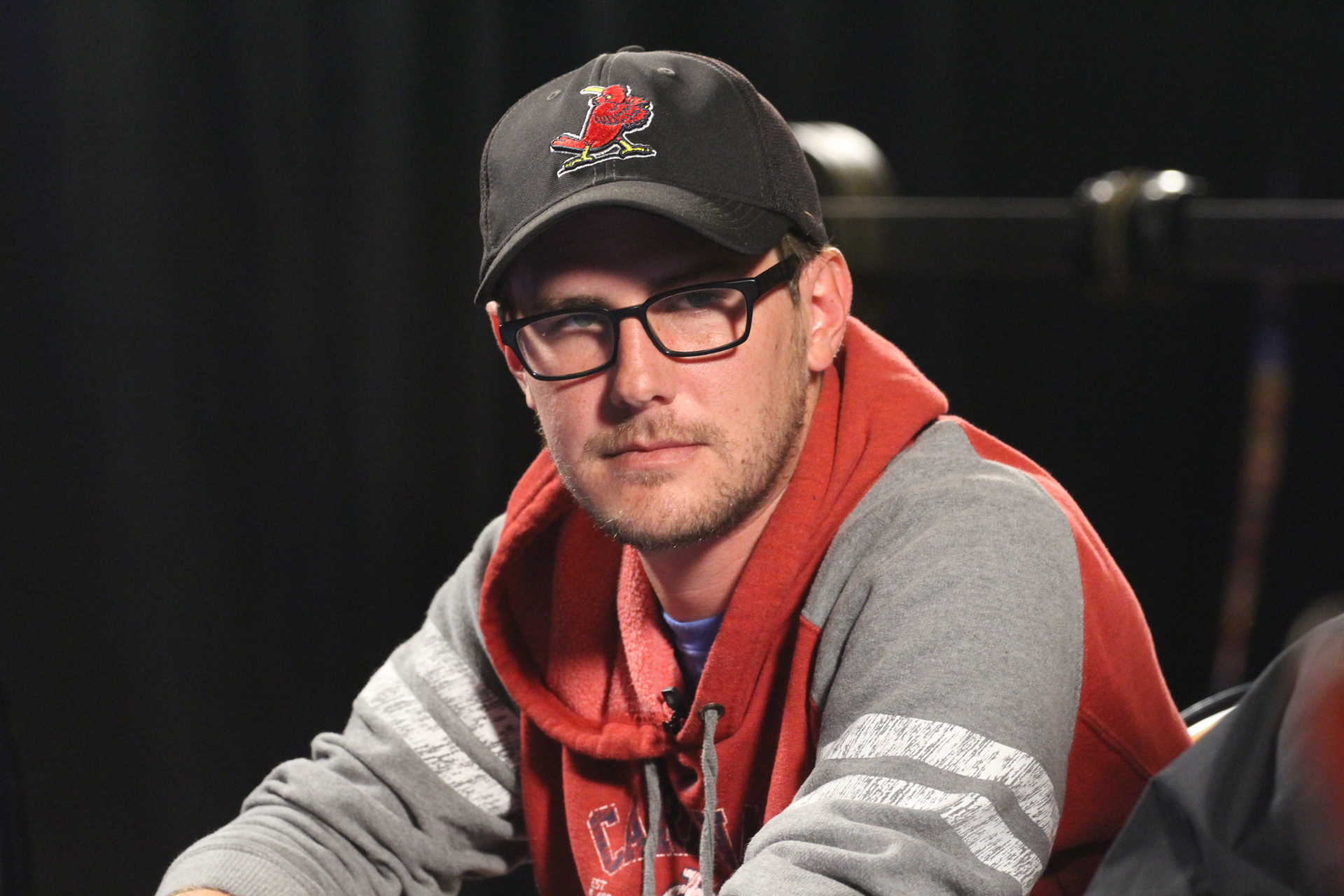 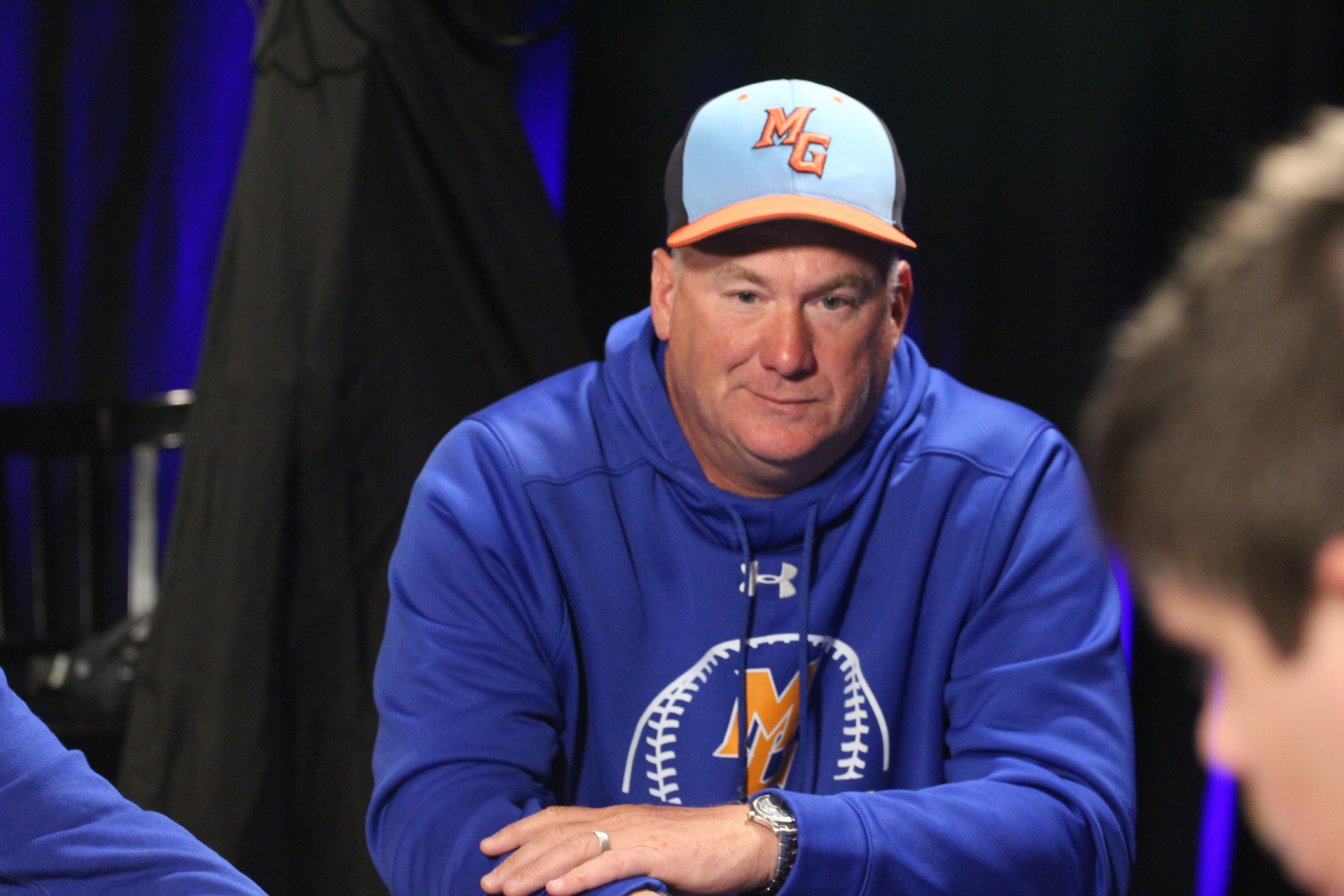 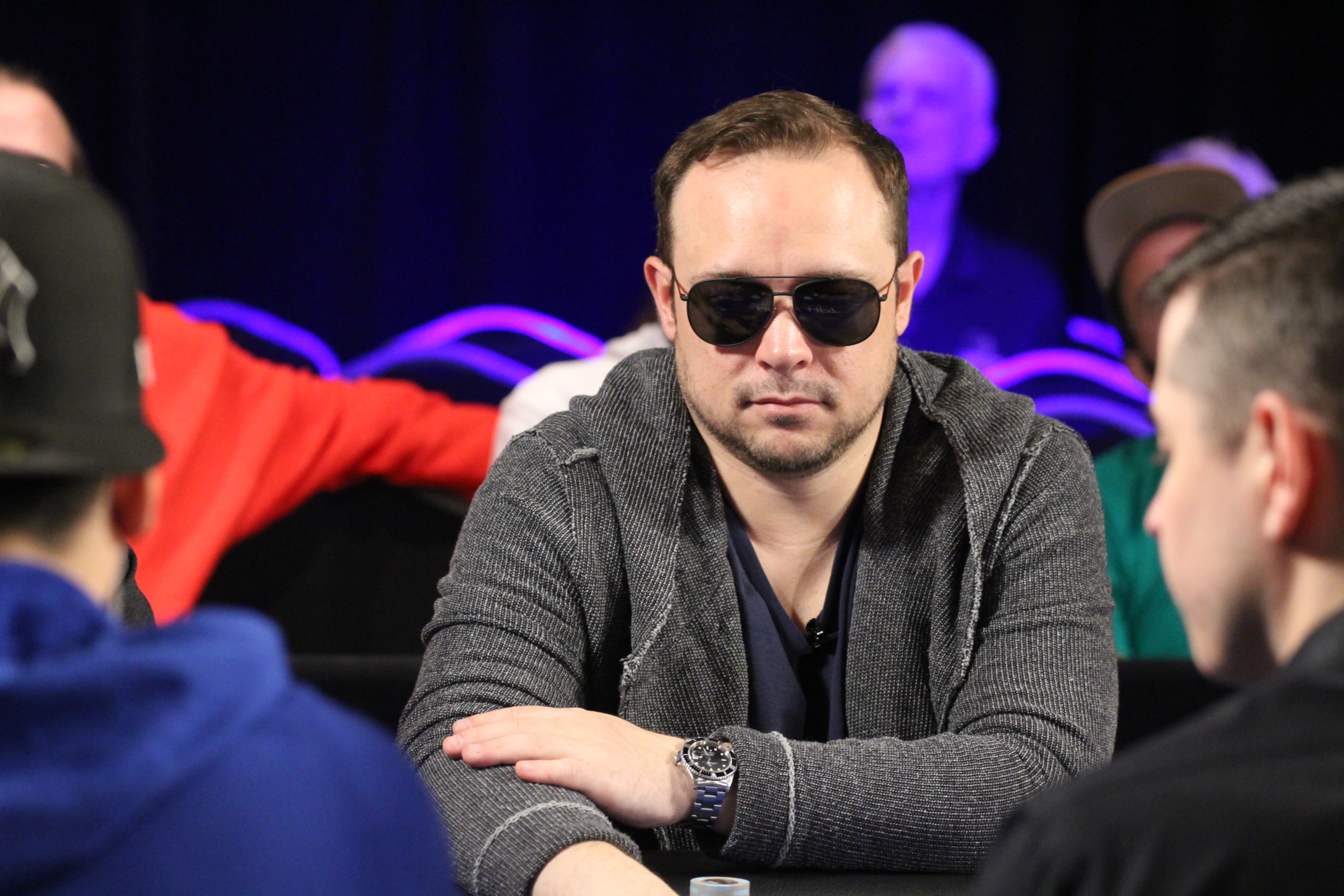 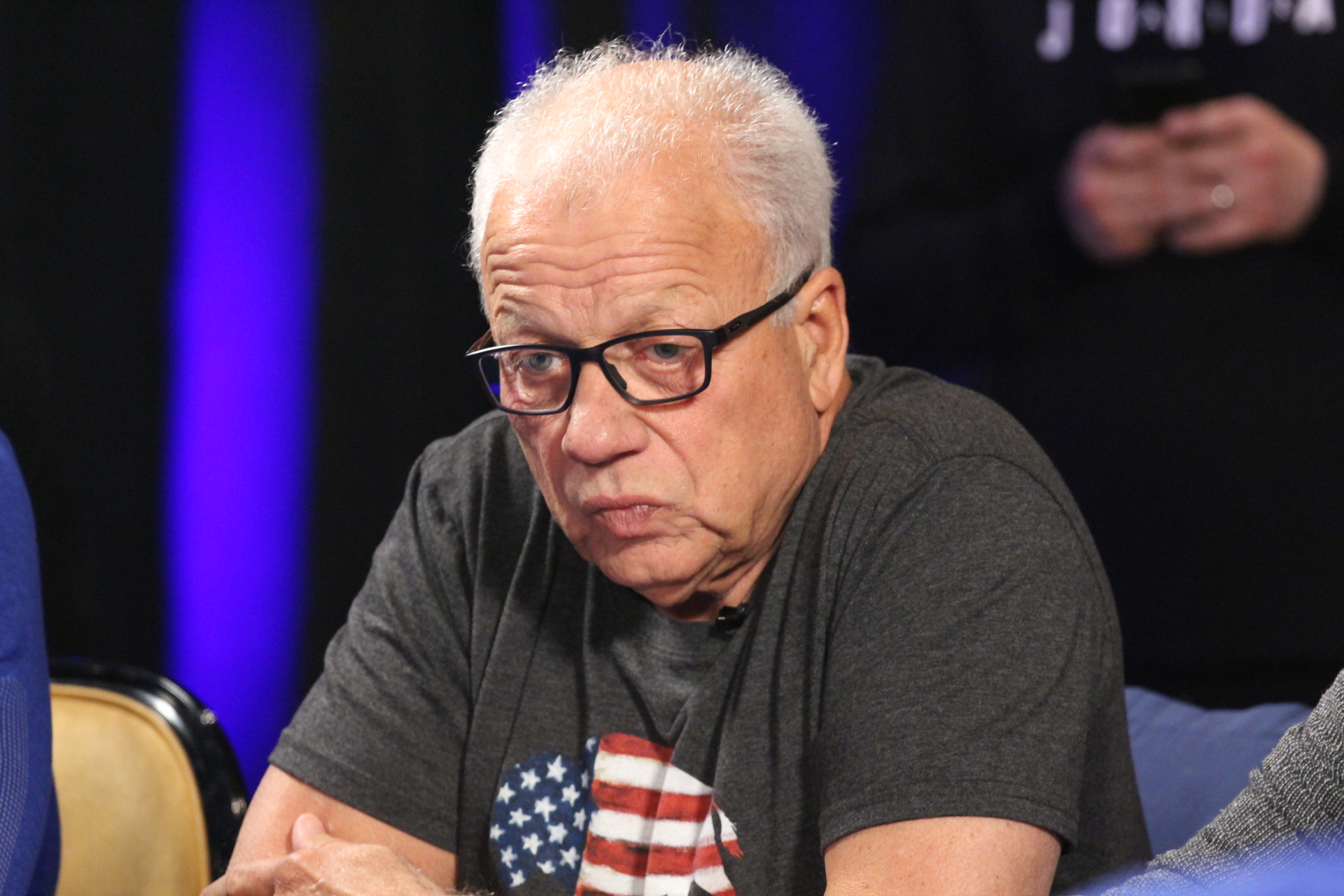 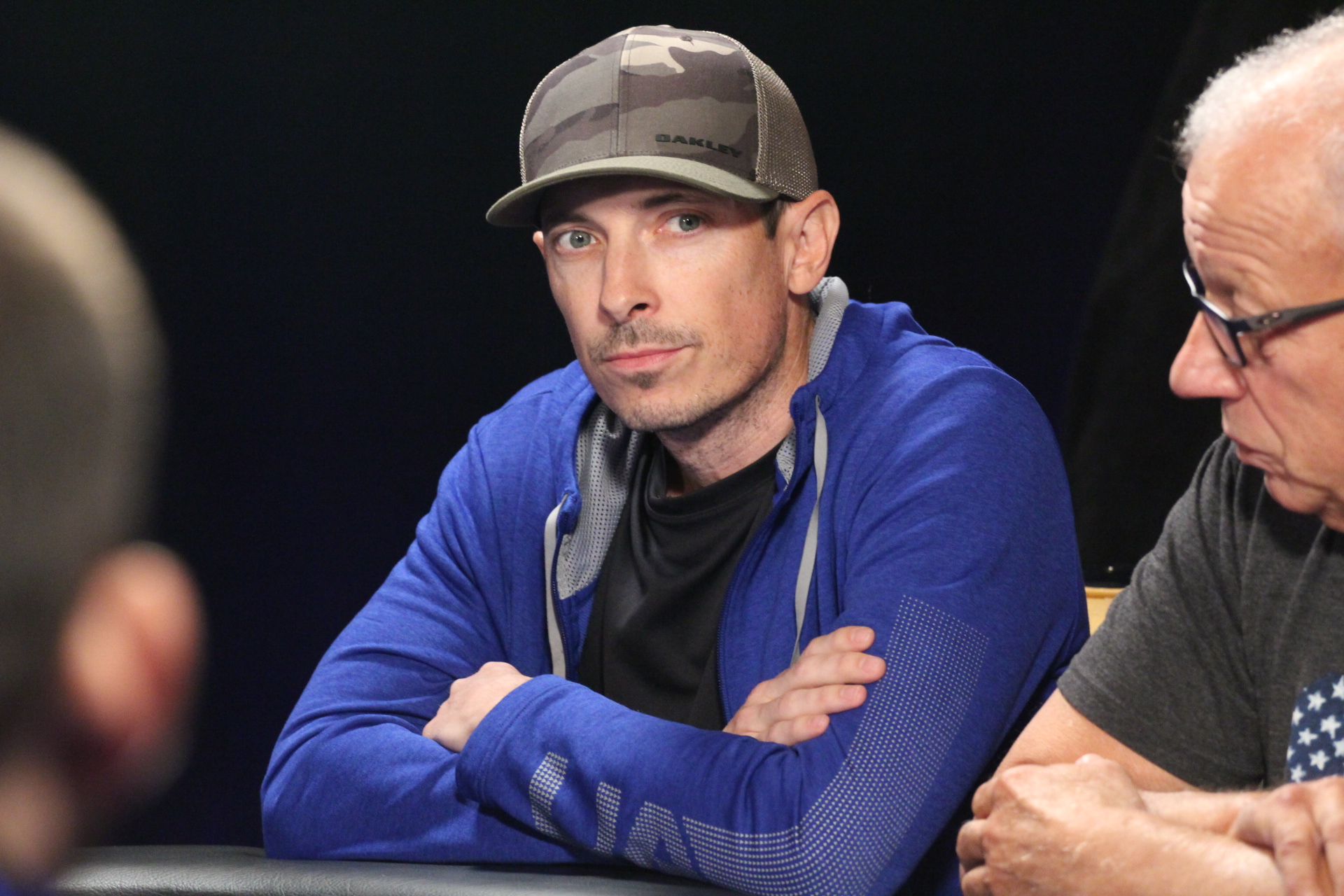 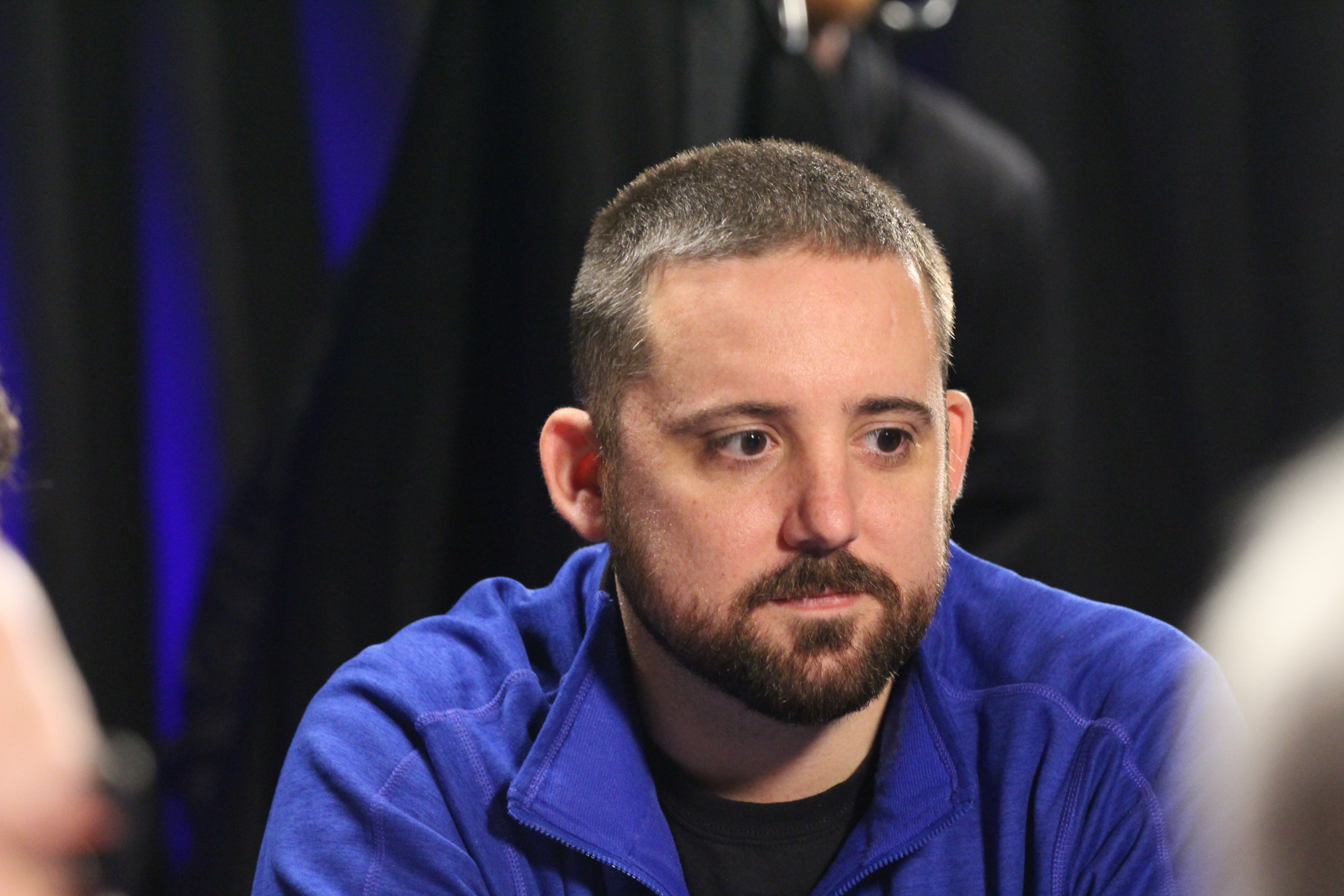 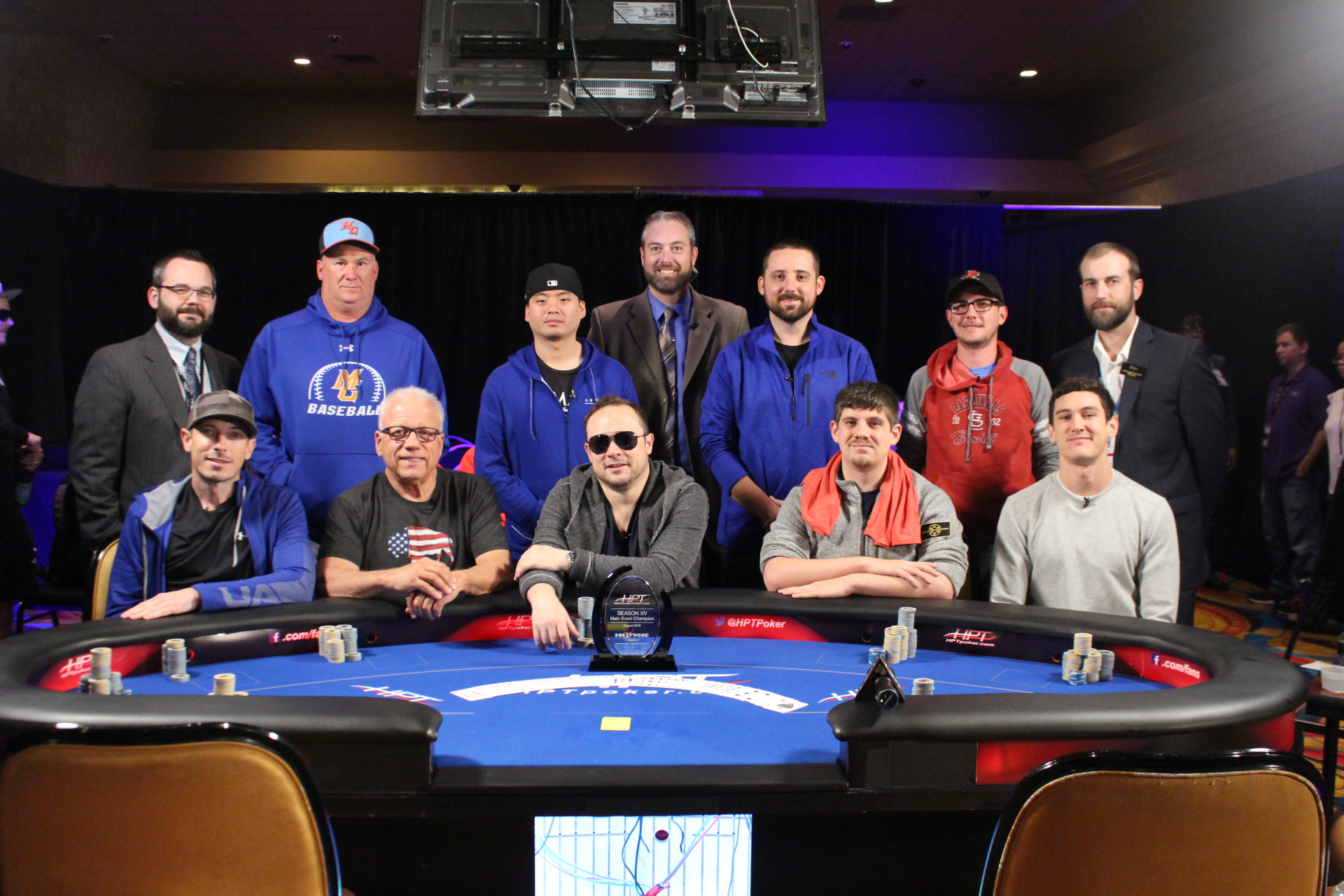 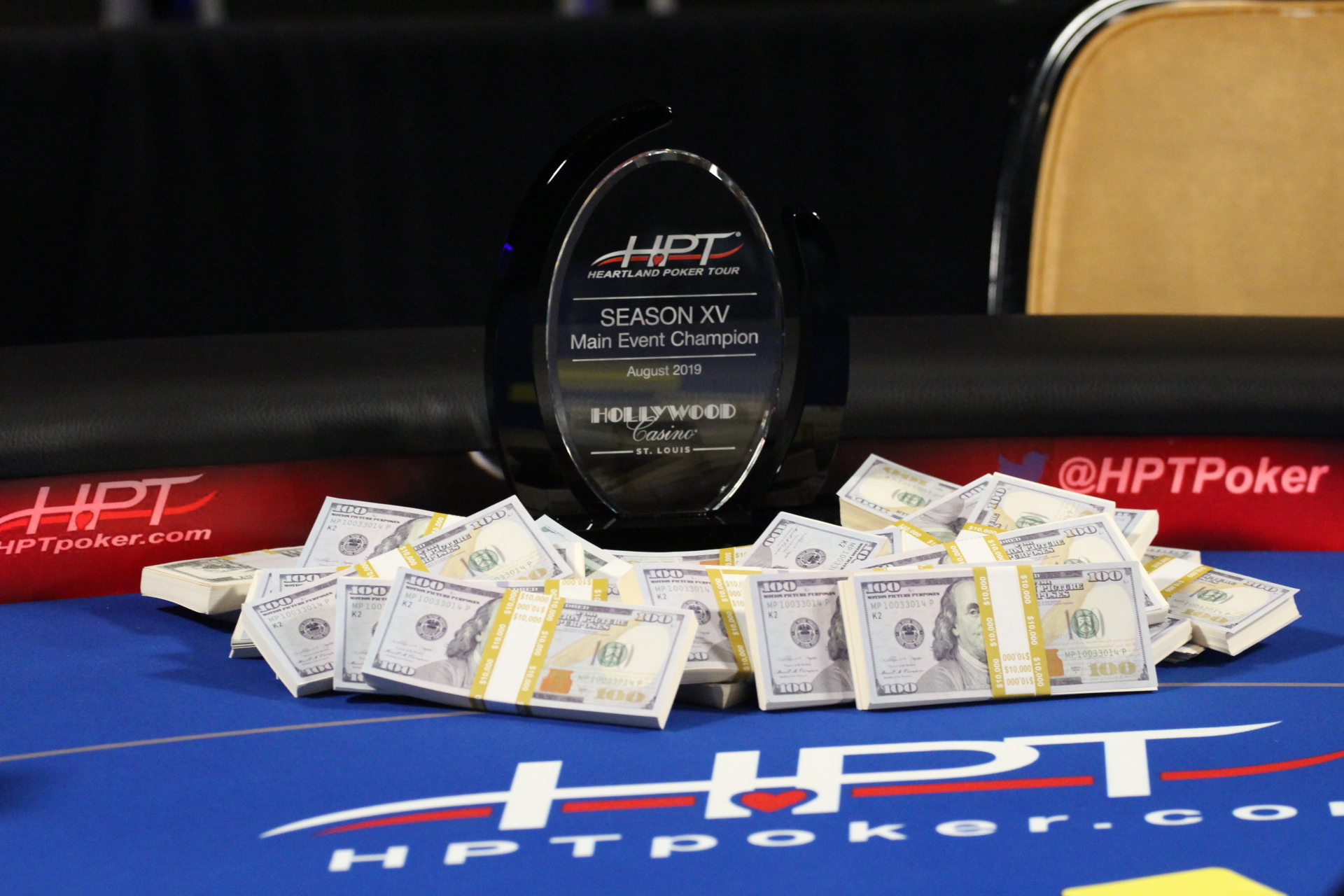 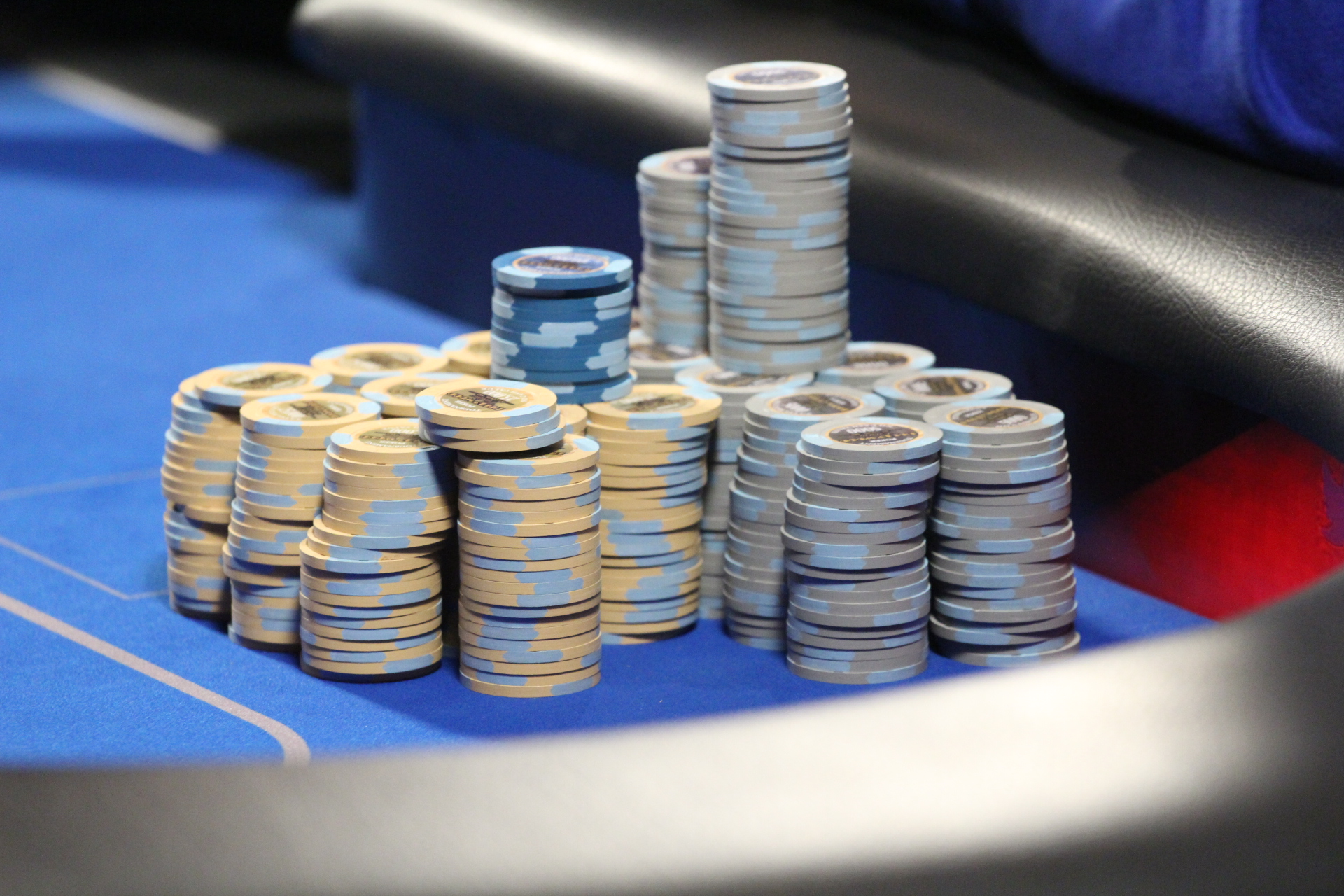 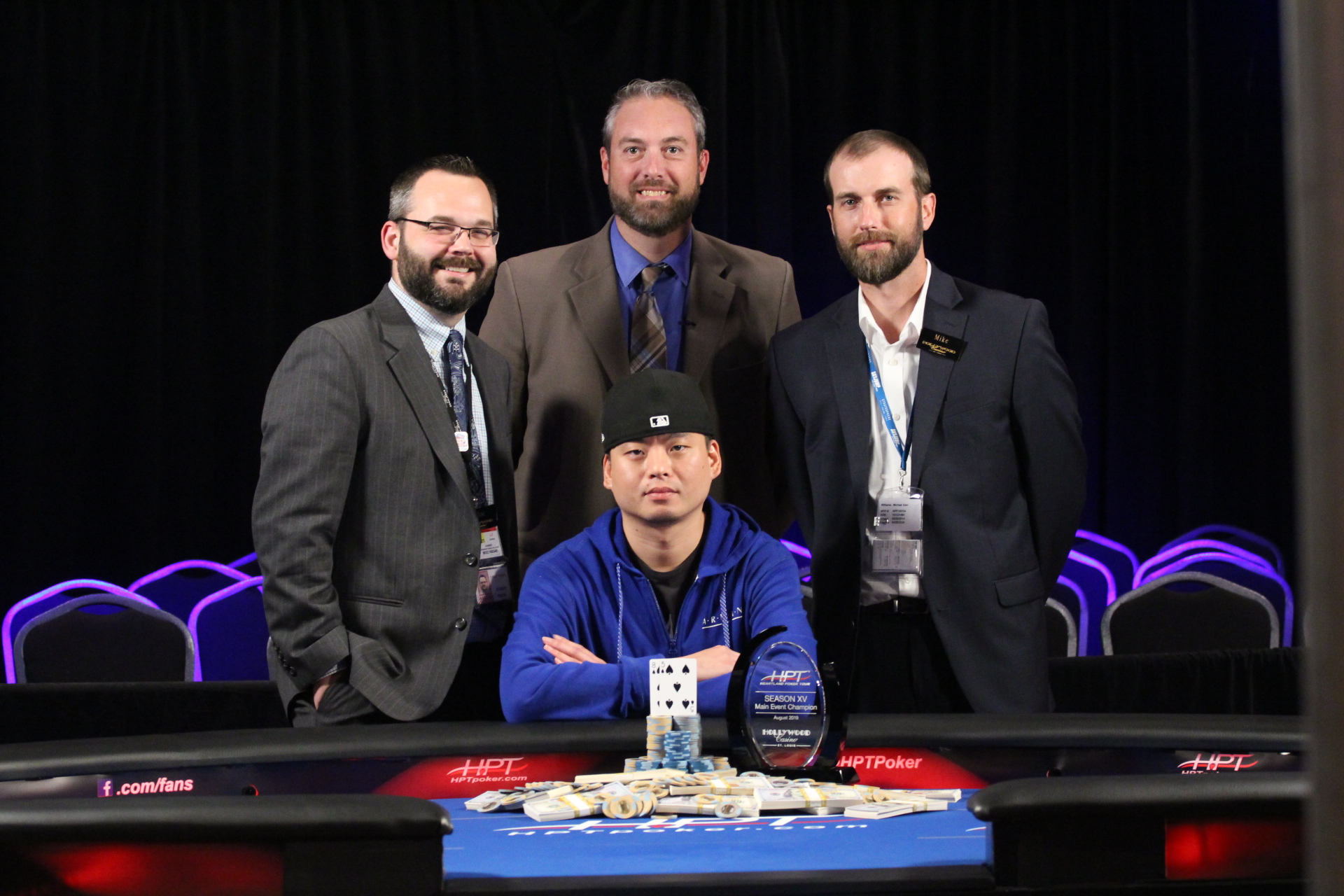 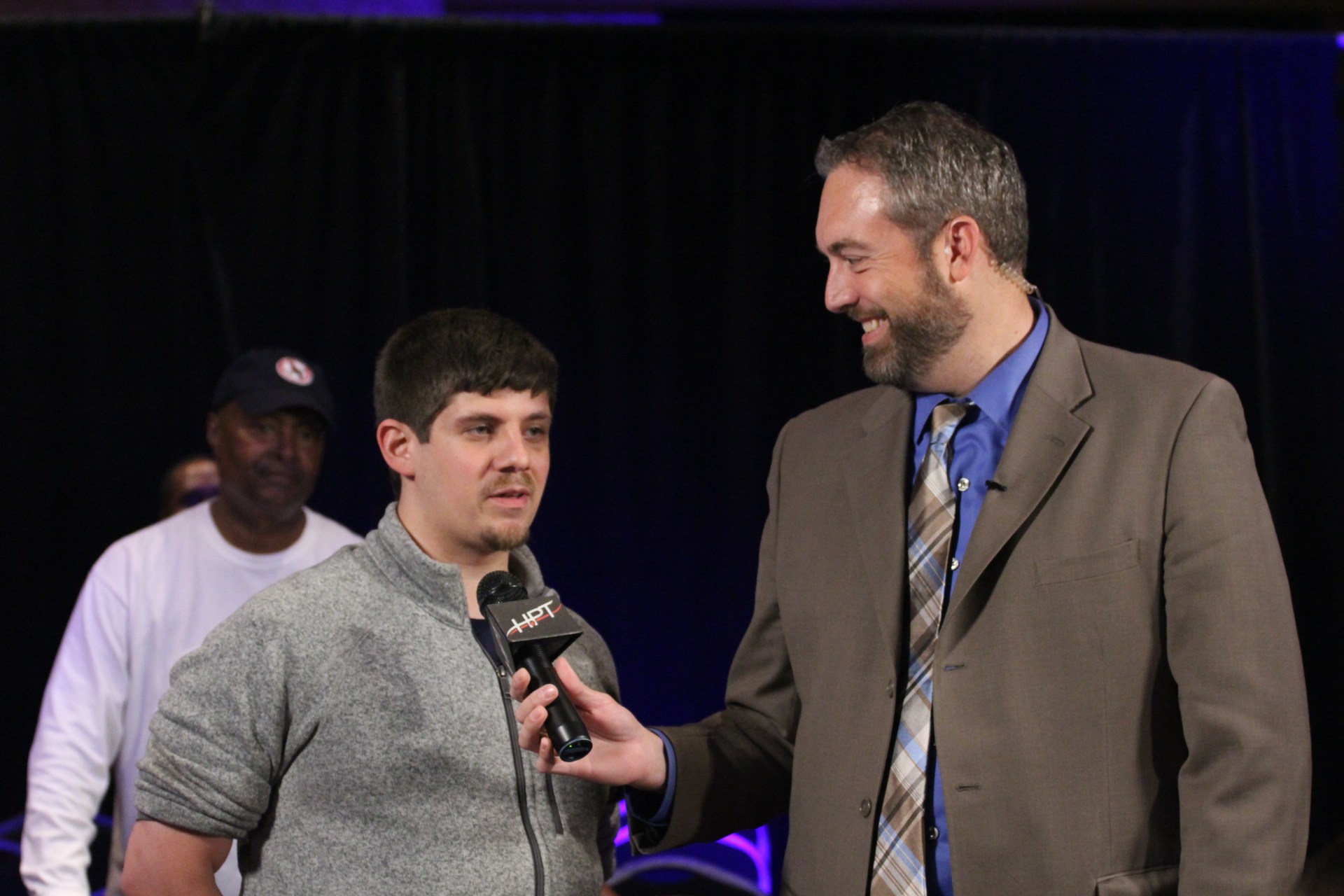 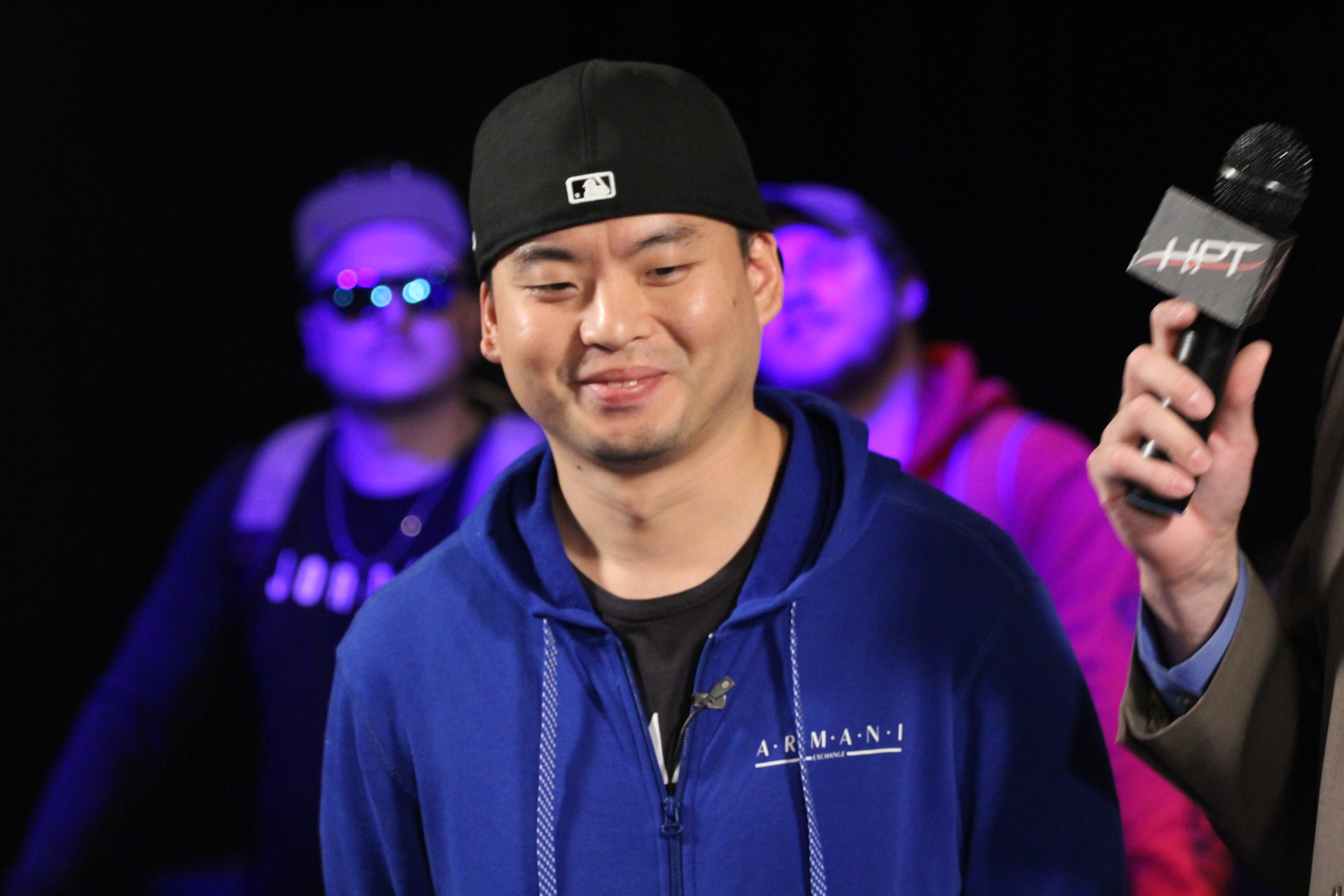 By Anthony Thompson of PokerNews

The Heartland Poker Tour (HPT) was at the Hollywood Casino St. Louis for the second time this year, and the $1,650 Main Event drew 480 entries and created a $698,400 prize pool. In the end, it was Wisconsin poker pro Mike Shin who emerged victorious to claim a $160,632 first-place prize and his first HPT Trophy.

“It feels good,” Shin told PokerNews after the win. “I've been working on my game a lot so it was something I expected, I mean, my games not the fanciest but I'm always playing to get the job done.”

Shin came into the final table as the chip leader but his Day 2 journey was a different story: "I started Day 2 with 237,000 and then I got down to 70,000, but I never give up. I know this tournament is a long one and I just waited for my spots. I'm confident in my game, so you know, I just grinded it out, picked my spots, and it worked out."

Whatever holes were in Shin's game before he has definitely made the right changes. Prior to the win, Shin started off the year with a first-place victory taking down MSPT Majestic Star for nearly $69K, finished 12th at MSPT Meskwaki, came in ninth at HPT Lawrenceburg followed by a15th-place finish at HPT East Chicago, and added a third-place finish at MSPT Venetian for $334K.

With his victory, Shin sits in thrid-place on HPT Season XV Player of the Year leaderboard while also sitting atop the MSPT Player of the Year list. When asked if this victory changes any of his future plans on playing more HPT's he said, "I plan to play more MSPT's as I'm in first place for POY. I know Nick [Pupillo] sits in first for HPT and he got a lot of points for finishing second, but I'll try and play all the HPT's I can. I'll go home and check the schedule and if I can play, I will."

After the HPT win, Shin's career tournament earnings total $1,511,695. When asked about the year he's been having, Shin had this to say, "This year, results are coming to my favor."

The first final table elimination came just a few shorthands into the day when Jason Darland jammed his ace-queen offsuit into Shin's pocket sevens. Darland didn’t get so much as a sweat and was sent packing in ninth place.

Not long after, Robert Mitchell fell when he ran his ace-ten suited into Thomas Gabriel's pocket tens and couldn't pair his over. One level later would see Hal Kirkpatrick take his exit in seventh place. Kirkpatrick lost half of his stack in a coin flip holding ace-king against Josh Turner's pocket eights and then got his remaining 670,000 in the middle on a three-four-four-two board holding pocket jacks only to see Austin McCormick had-turned the wheel.

Six-handed play would last over two-hours before Turner would take his leave. He lost a few big hands and came back from break with the shortest stack getting it in holding ace-queen and was called by Shin, who held pocket jacks. Unfortunately for Turner, he was unable to pair and took home $26,190 for his sixth-place finish.

Not long after, Jeff Sauer jammed his remaining 1,165,000 in the middle from the small blind after Shin had raised on the button. Shin called with queen-jack and dominated the queen-ten of Sauer, who caught a glimmer of hope as a ten appeared in the window. Unfortunately for him, it was an illusion as a jack also appeared on the flop and another would follow on the turn to send Sauer out in fifth place for $33,872.

After losing the majority of his stack in a flip against Gabriel, McCormick would be next on Shin's hit list as he jammed his 320,000 stack holding jack-four from the small blind. Shin called with suited connectors from the big, and while McCormick was able to pair his jack on the flop, Shin turned an open-ender and connected on the river to send McCormick home with $45,256.

Shin would continue his dominance with another final table knockout, this time busting Gabriel. Shin opened with a 250,000 raise and Gabriel jammed for 2,620,000 from the big blind. Gabriel held a suited king-jack but was dominated by Shin's suited ace-jack. Gabriel failed to improve and took home $65,091 for finishing in third place.

Heads-up action began with Shin holding a 3:1 chip advantage over Nick Pupillo and it only took an hour for Shin to hold all the chips. There were a few back-and-forth scuffles but all the chips went into the middle when Shin open-jammed preflop and Pupillo called holding a made hand of threes. It was a flip as Shin held a suited eight-five.

Pupillo didn't like to see Shin flop a flush draw and called for a nine on the turn. One came but it was the nine of spades to give Shin the flush and send Pupillo home in second place for $98,195.

Season XV of the HPT will continue this weekend with a $1,100 buy-in Main Event at Ameristar Vicksburg in Central Mississippi, and once again the PokerNews Live Reporting Team will be there to capture all the action. Click here for a look at that stop's full schedule.

With 20 poker tables, the non-smoking Poker Room at Hollywood St. Louis is the largest in the market. Other features/promos include free wifi, USB ports on the tables, a cashier and self service soda/coffee station, and $15 food vouchers for 4 hours of live play, up to 2 per day. Hungry while playing? Ask your dealer about Buffet To Go! For more information on the poker room, call 314-770-7600 or click HERE.

Reserve a room now for the July 25-August 5 series by clicking HERE.

Guests will also be charged a $10/day facility fee. Guests also get a $5 dining credit per day.