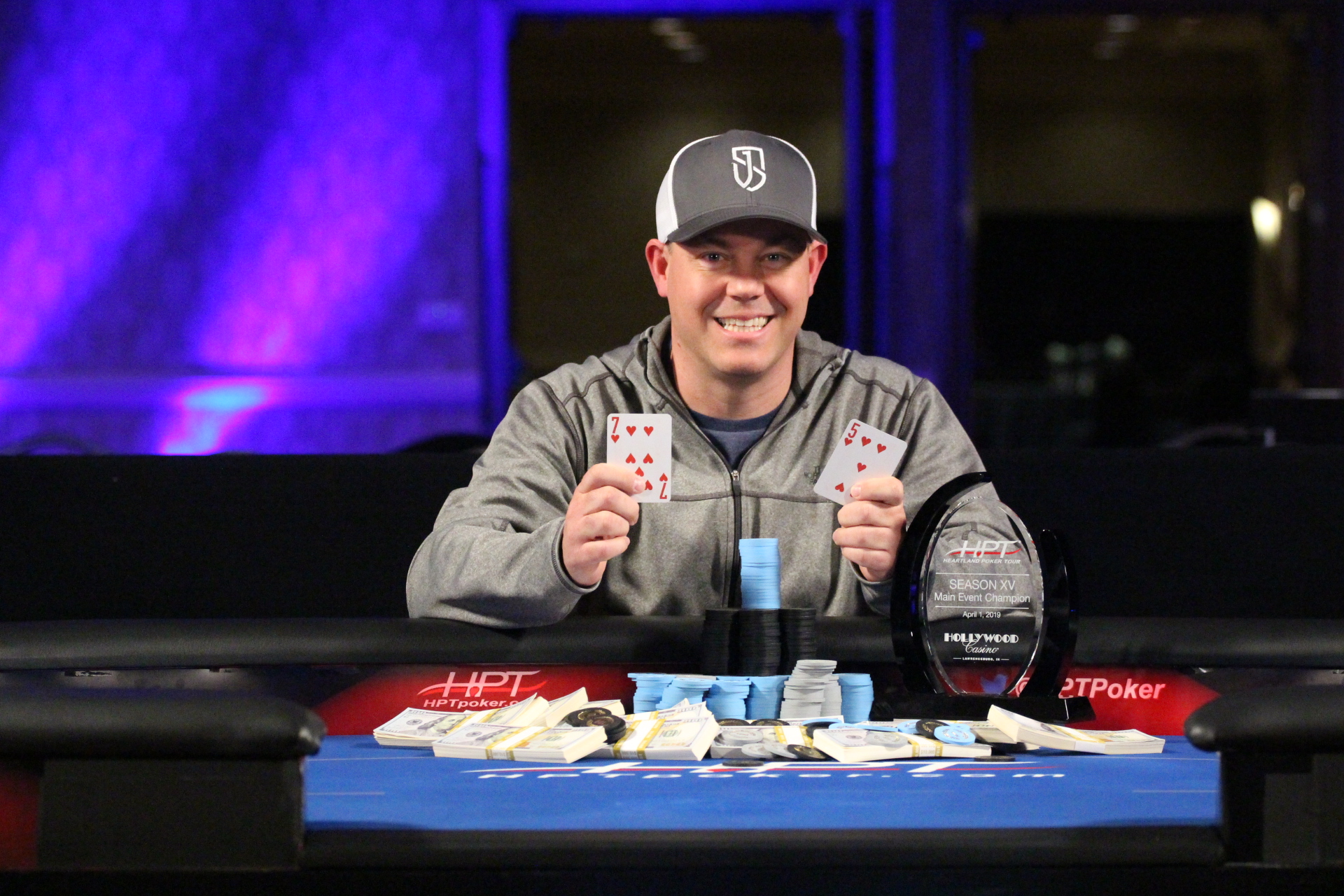 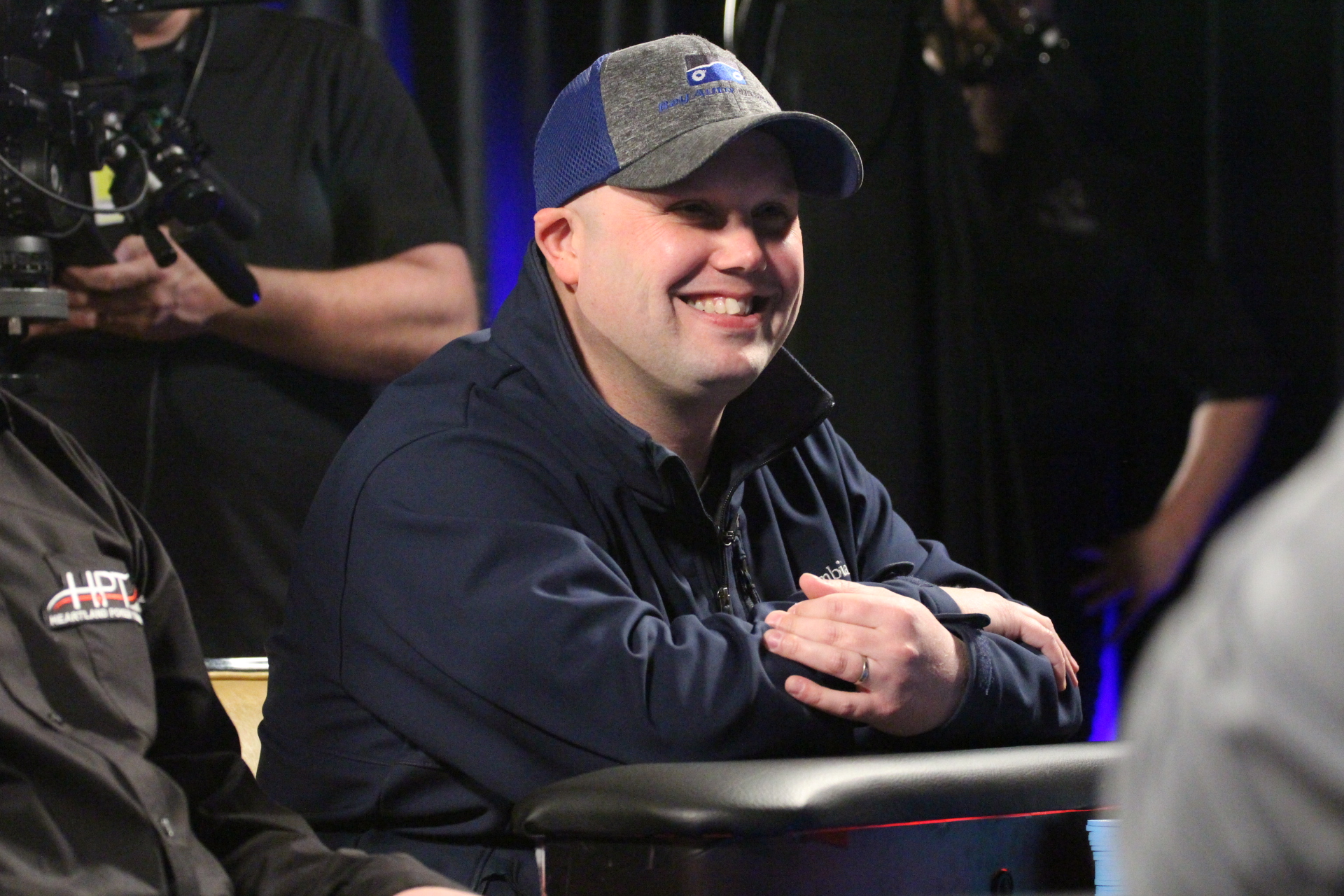 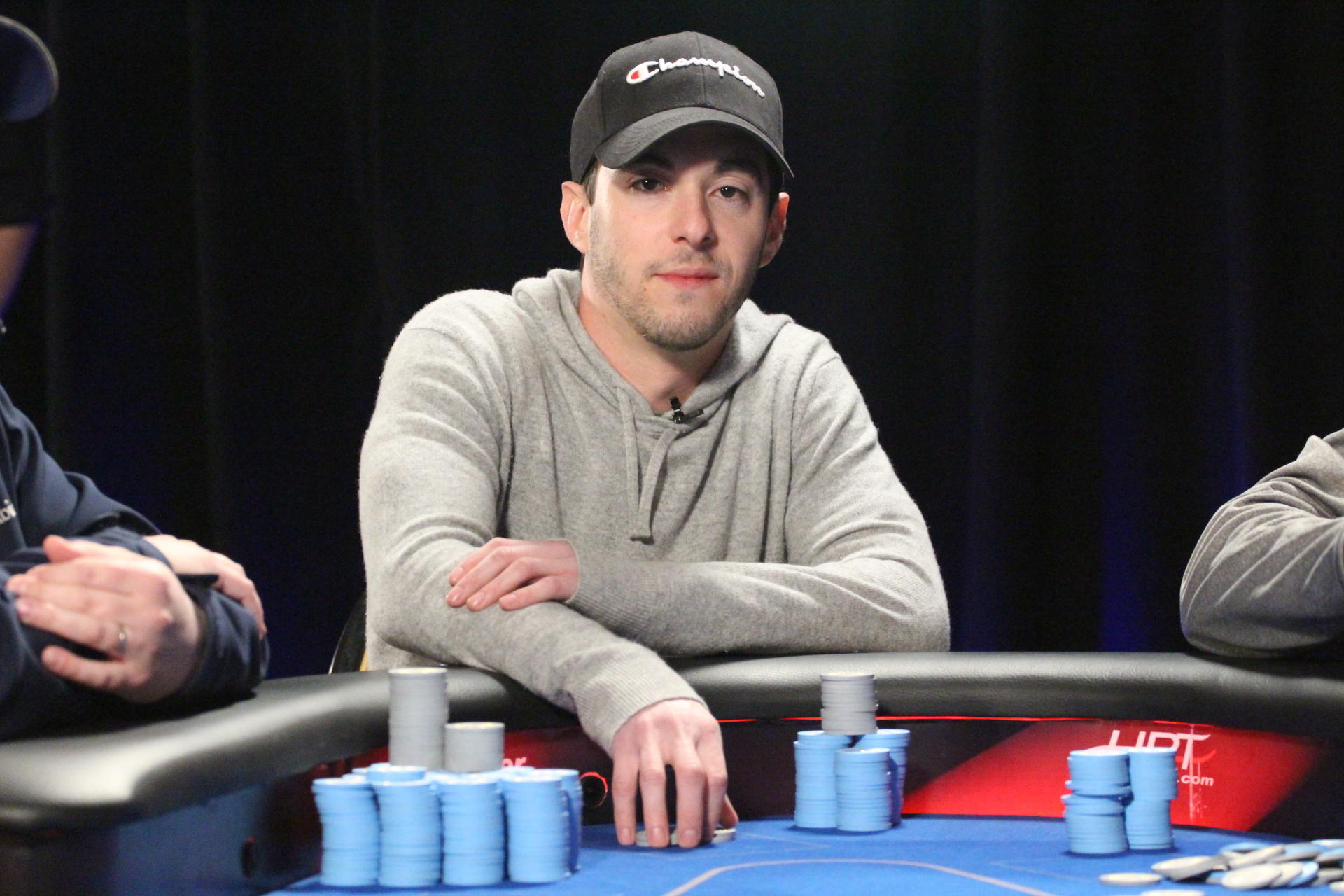 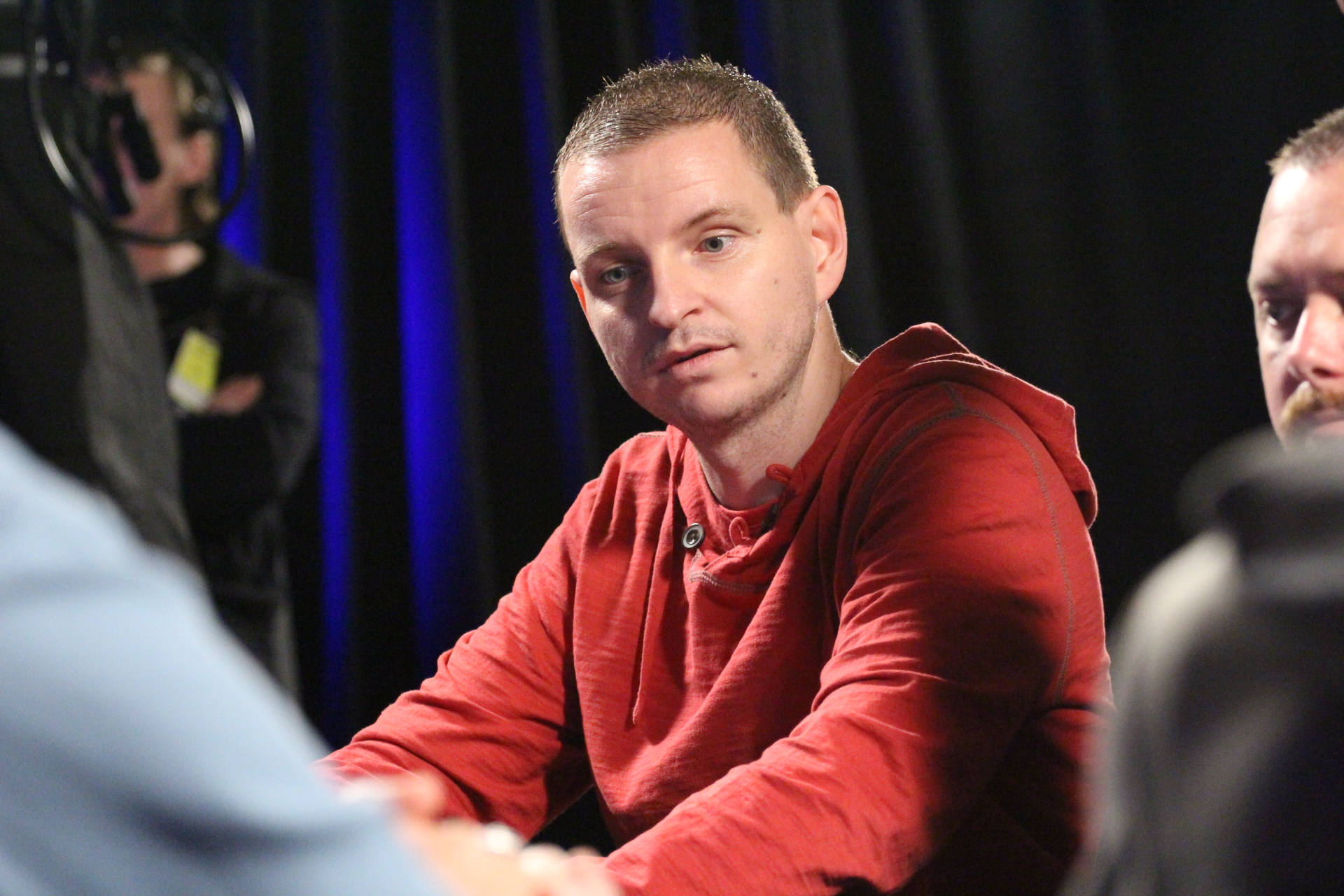 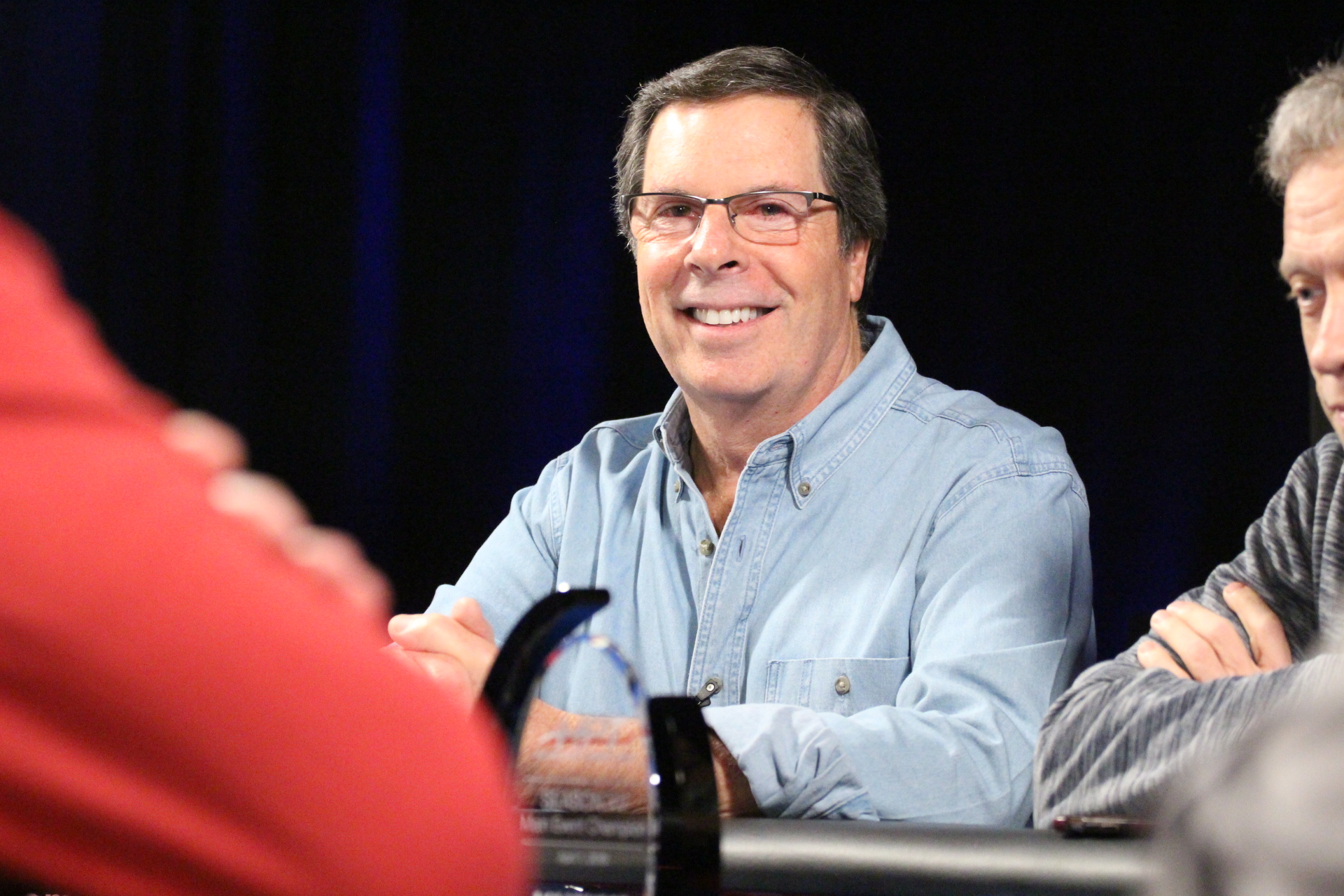 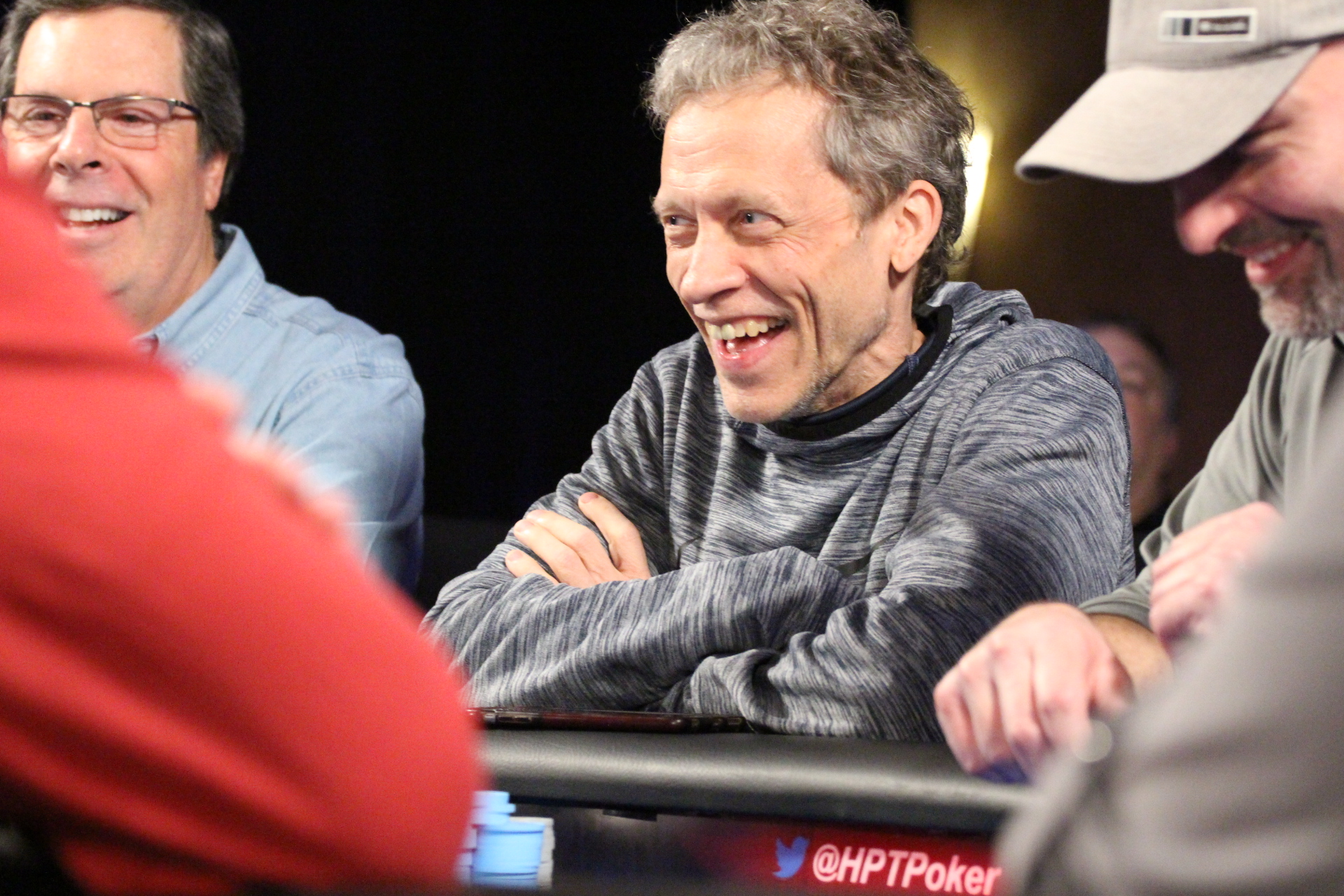 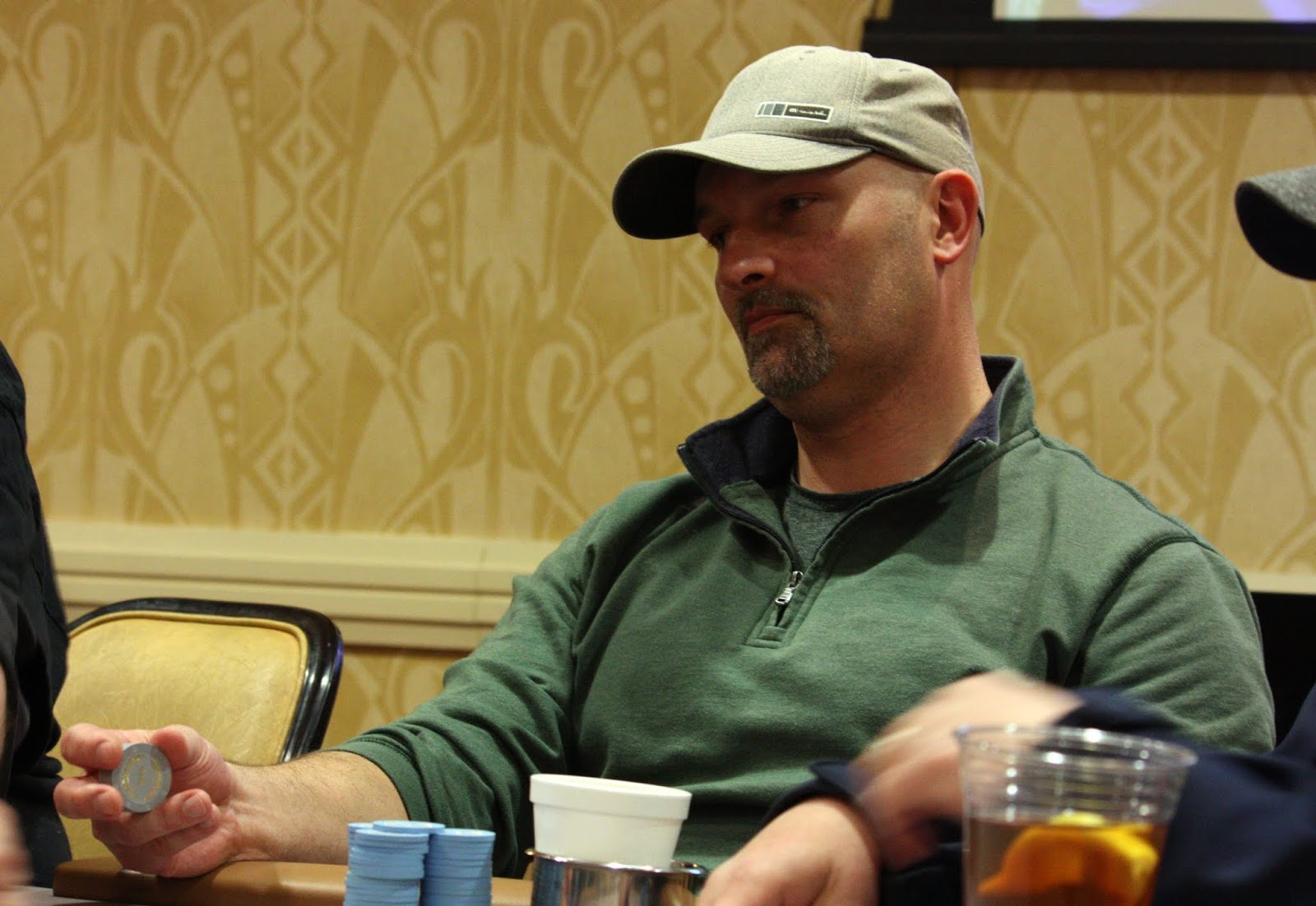 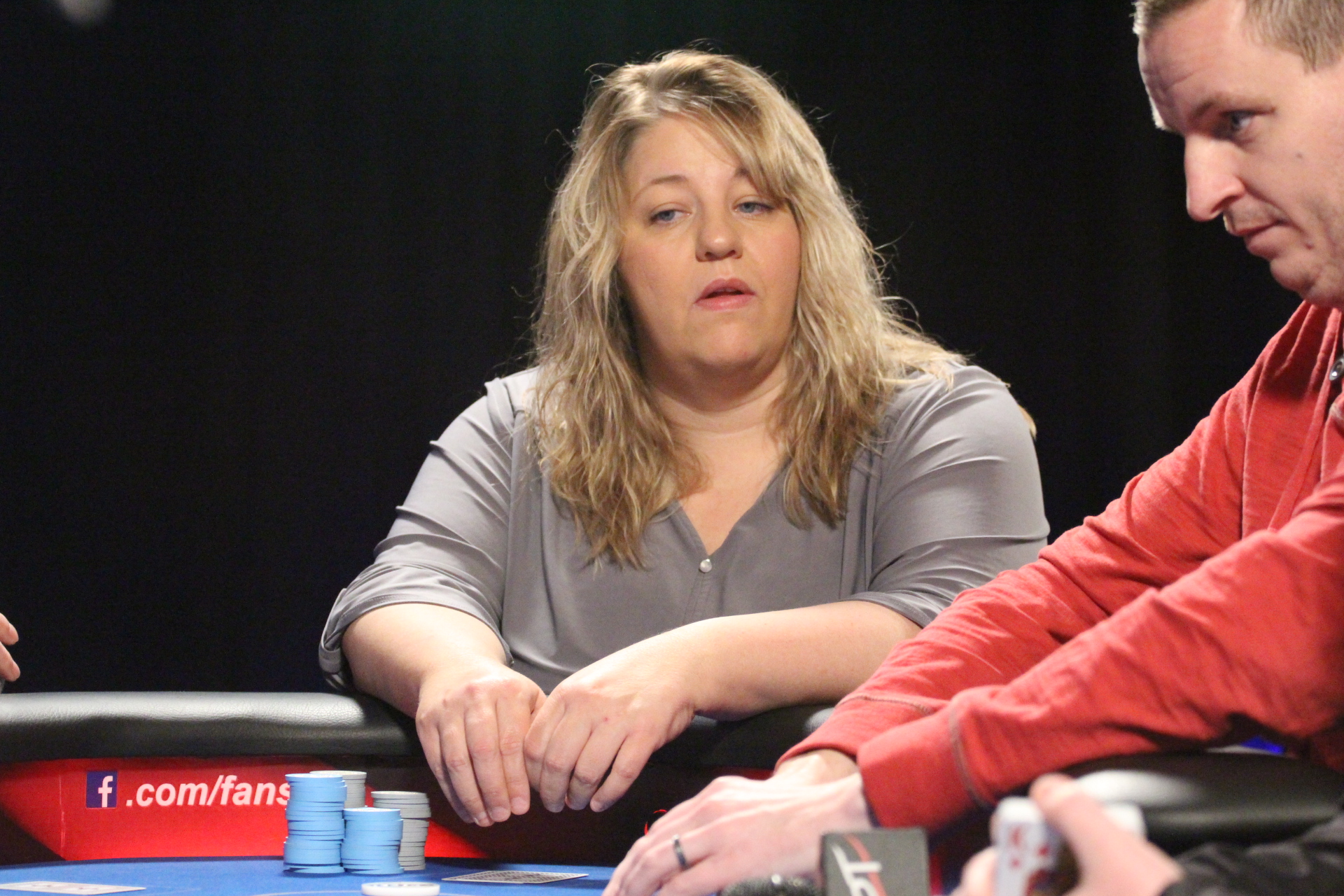 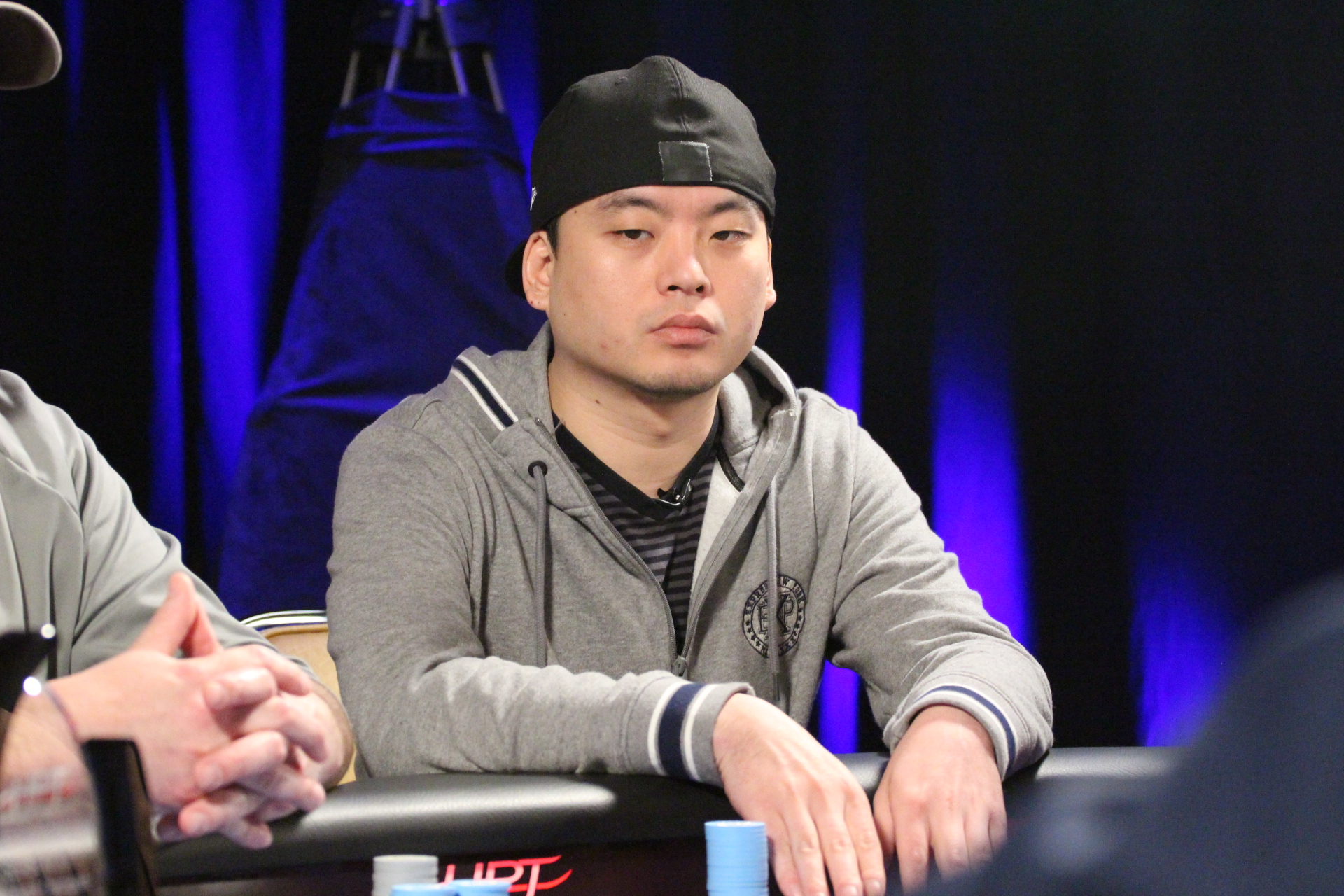 Greg Wood (pictured) topped a field of 555 entries to win the Heartland Poker Tour Hollywood Casino Lawrenceburg Main Event on Monday in Indiana. He took home the top prize worth $119,101 along with the $3,500 Championship package. Wood took his career earnings up to $220,352 after claiming the victory at a short final table that took less than five hours to crown a champion. This was also the the third HPT final table in a row for Wood (9th at HPT St. Louis and 8th at HPT St. Charles), who won his first HPT title.

Here is a look at the chip counts at the start of play:

Gary Breslauer doubled up in the first major action at the final table shortly after cards got into the air at Noon. Mike Shin then became the first player to hit the rail in ninth place when his ace-queen ran into the pocket nines of Joseph Hiudt. Angela Shade fell in eighth place a short time later when her ace-jack couldn't hold up in a three-way all-in where Ian Richardson woke up with pocket tens.

The players then took their first break, and when they returned Donnie Kalb was the next player to exit in seventh place when his ace-ten found no help against the pocket tens of Doug Songer. Greg Wood then scored a double at the expense of Songer, who was left with five big blinds and shoved on the next hand. Songer was eliminated in sixth place when his 8-6 offsuit couldn't catch up with the Ace-9 of George Janssen.

Hiudt then scored a triple up to keep his tournament hopes alive. Breslauer was the next player on the chopping block in fifth place. Breslauer took his last stand with a pair of jacks he made on the turn, but Wood had flopped a pair of aces.

Hiudt doubled up again, and it came at the expense of Richardson, who got all in a short time later with 7-6 offsuit, but he ran into the pocket kings of Wood and busted in fourth place. Hiudt's luck then ran out in third place when he made a pair of tens that ran into trip fives held by Janssen.

Janssen held the chip lead with 9.98 million at the start of the final match, but Wood still had a healthy stack of 6,675,000. Wood soon took control of the final battle. He took the chip lead and whittled Janssen down by winning a lot of uncontested pots.

On the final hand, Greg Wood moved all in preflop on the button, and Janssen called all in for 2,275,000. The final two players then flipped over their cards. It was Wood's 7h5h against Janssen's KdJc. The flop brought a 5, putting Wood in the lead. Neither the turn or the river brought a king or jack.

Janssen was eliminated in second place, good for $73,573, and that made Wood the HPT Hollywood Casino Lawrenceburg champion. Wood took home $119,101, the $3,500 Championship package, and the HPT trophy.

That concludes our coverage from the HPT Hollywood Casino Lawrencebrug Main Event. Thanks to Hollywood Casino Lawrenceburg for hosting a great first stop on the tour. The HPT will head to Meadows Racetrack & Casino nestled in the rolling hills outside of Pittsburgh, Pennsylvania in a little over a week for the next stop on the tour. The HPT Meadows Racetrack & Casino Main Event will run April 11-15, and the HPT live reporting team will have all the action for you in live updates, chip counts, and photos.

We’re located just 20 minutes west of Cincinnati, and offer all your favorite reel and video slot machines, action-packed table games and a 19-table poker room. If you're looking for great live entertainment, grab a seat at Hollywood on the Roofor enjoy our Celebrity Pit, where you'll be playing next to our entertaining cast of celebrity dealers including Christina Aguilera, Kid Rock, Taylor Swift, Rod Stewart and many more.

Get your groove on at Boogie Nights, the ultimate ‘70s and ‘80s dance club, then make it a weekend in our comfortable, convenient hotel. We have everything you need to give your visit a fabulous Hollywood ending.