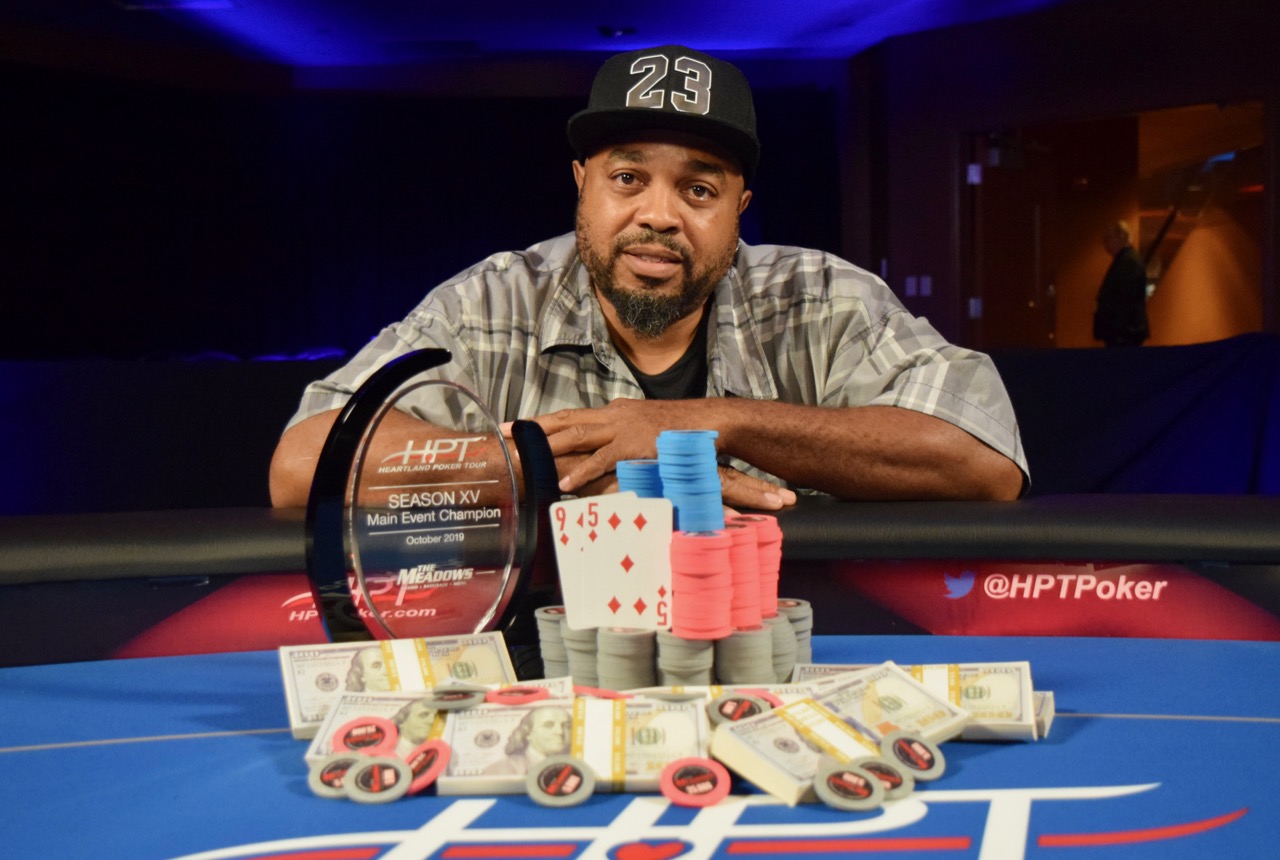 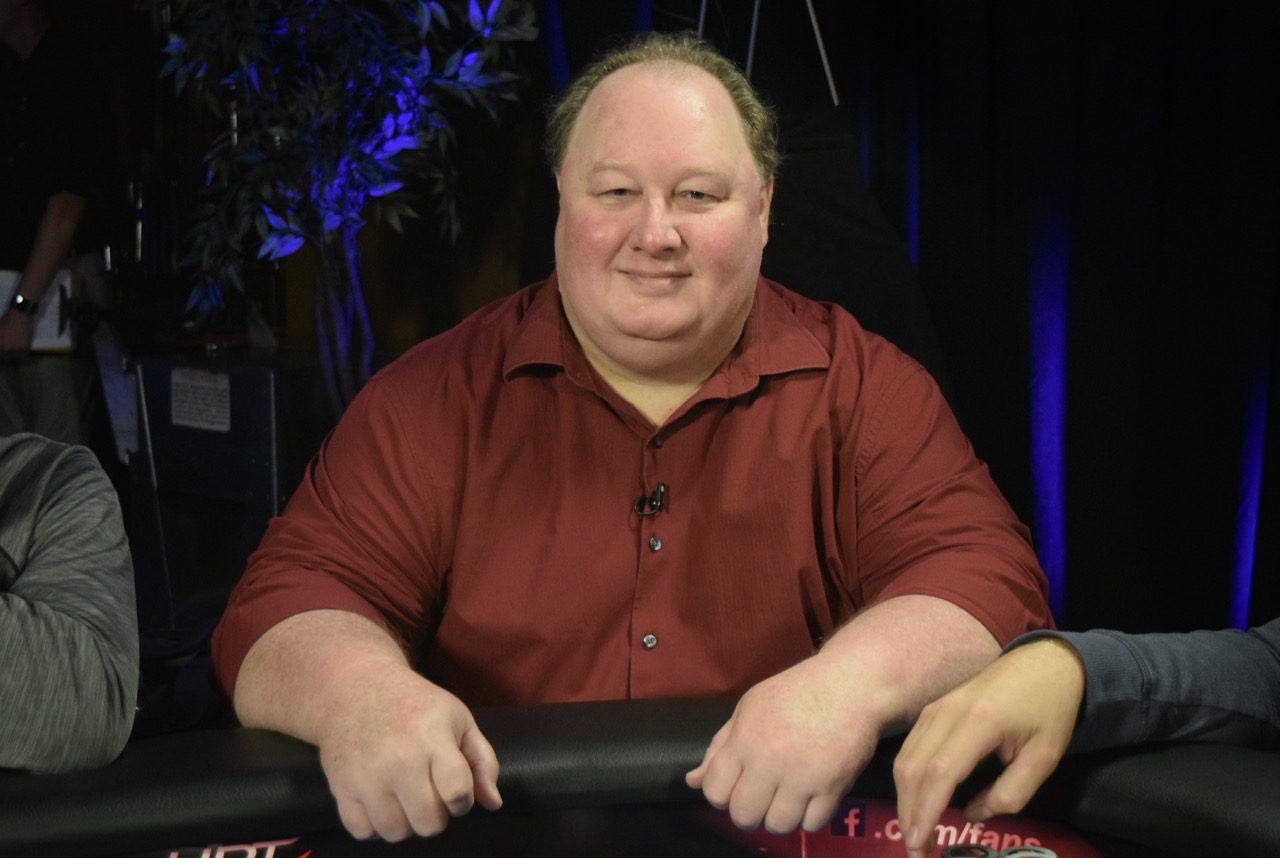 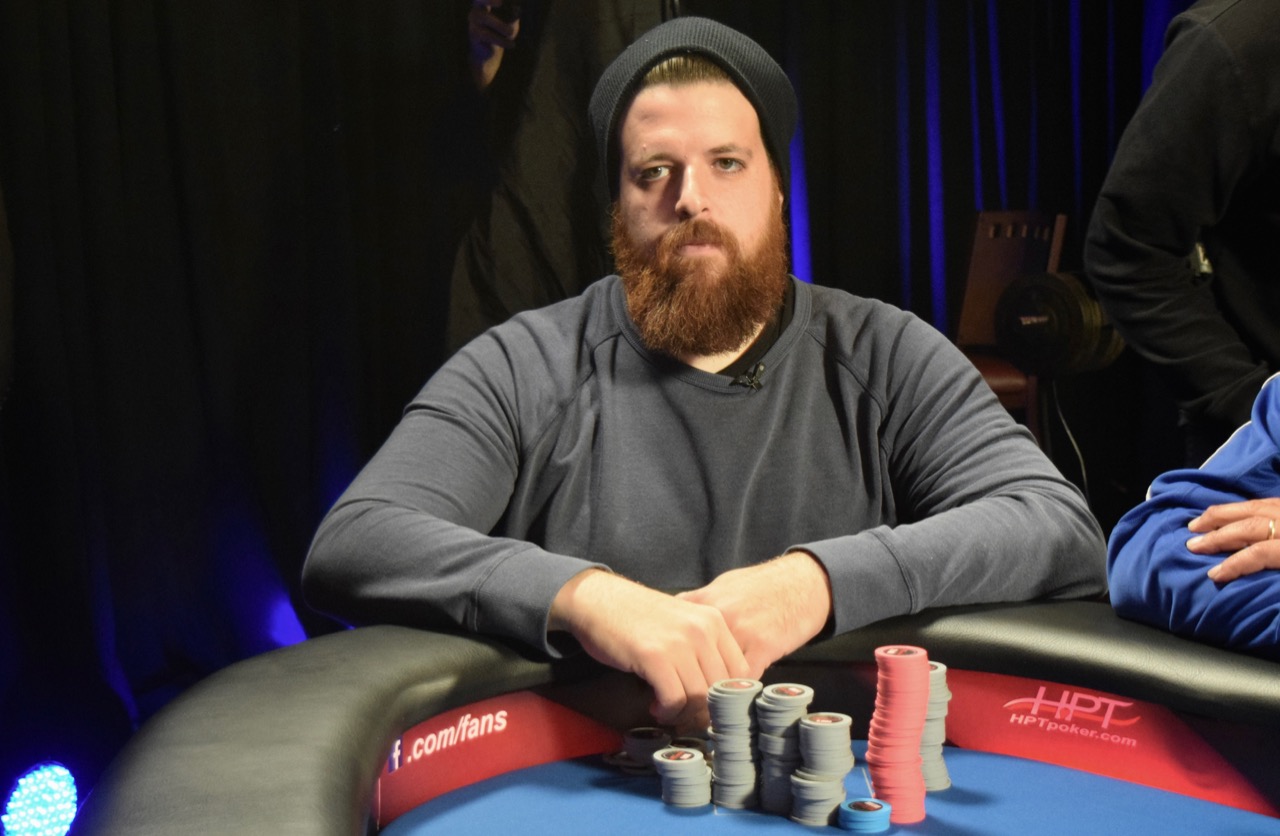 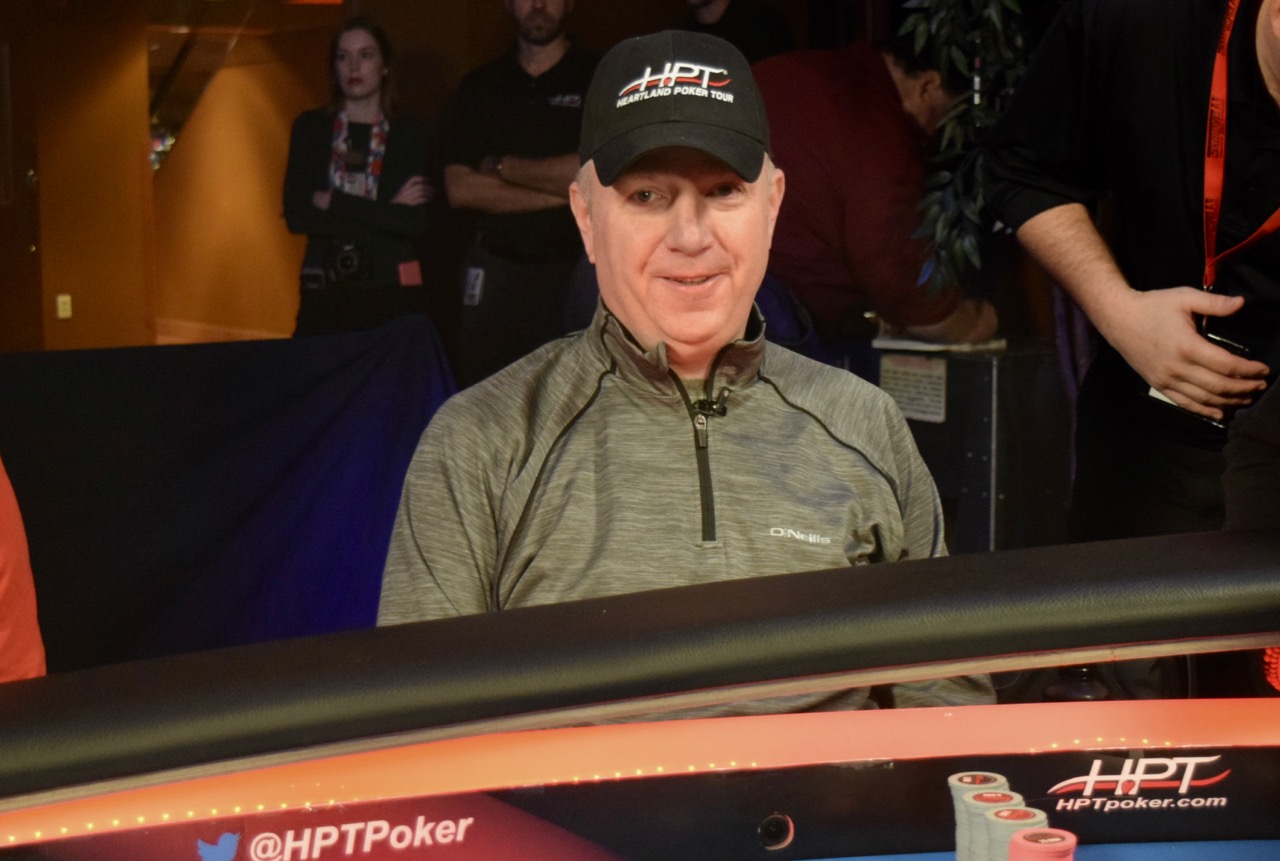 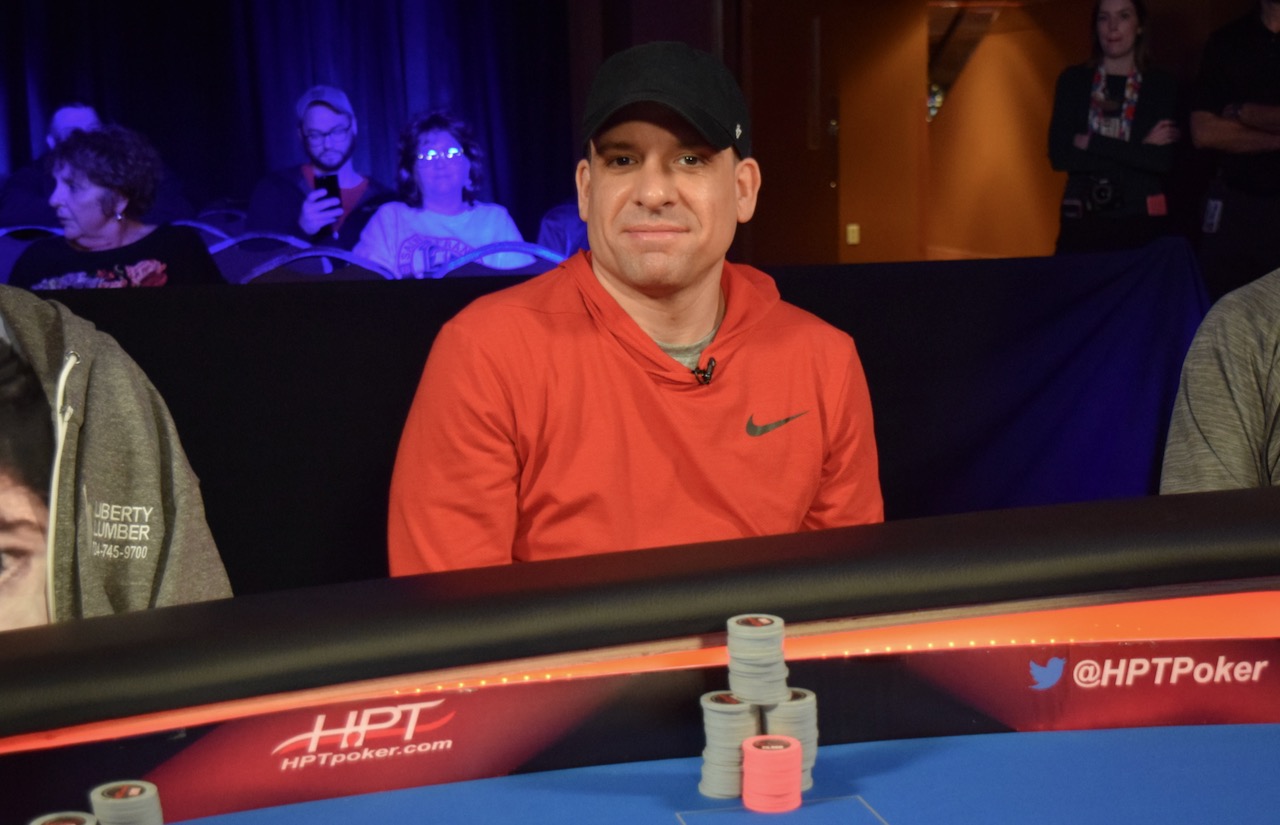 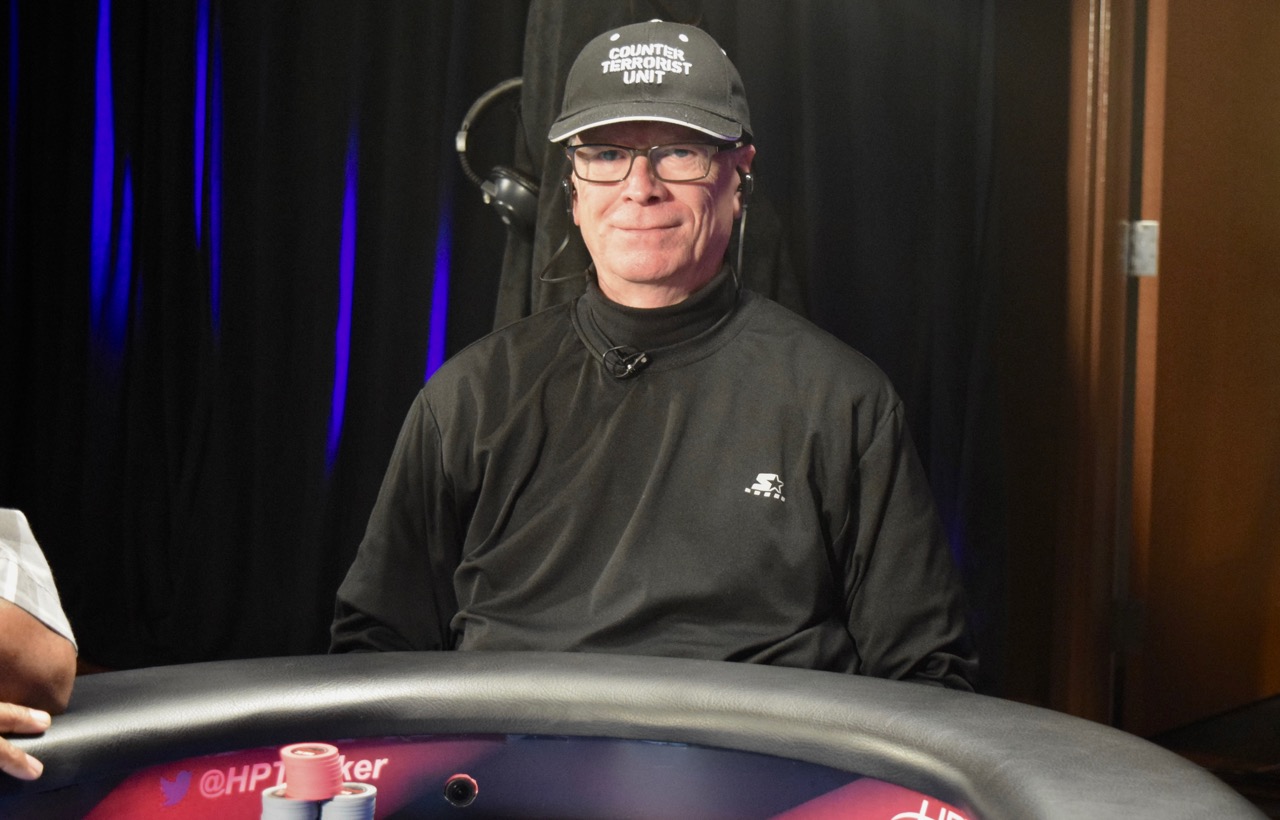 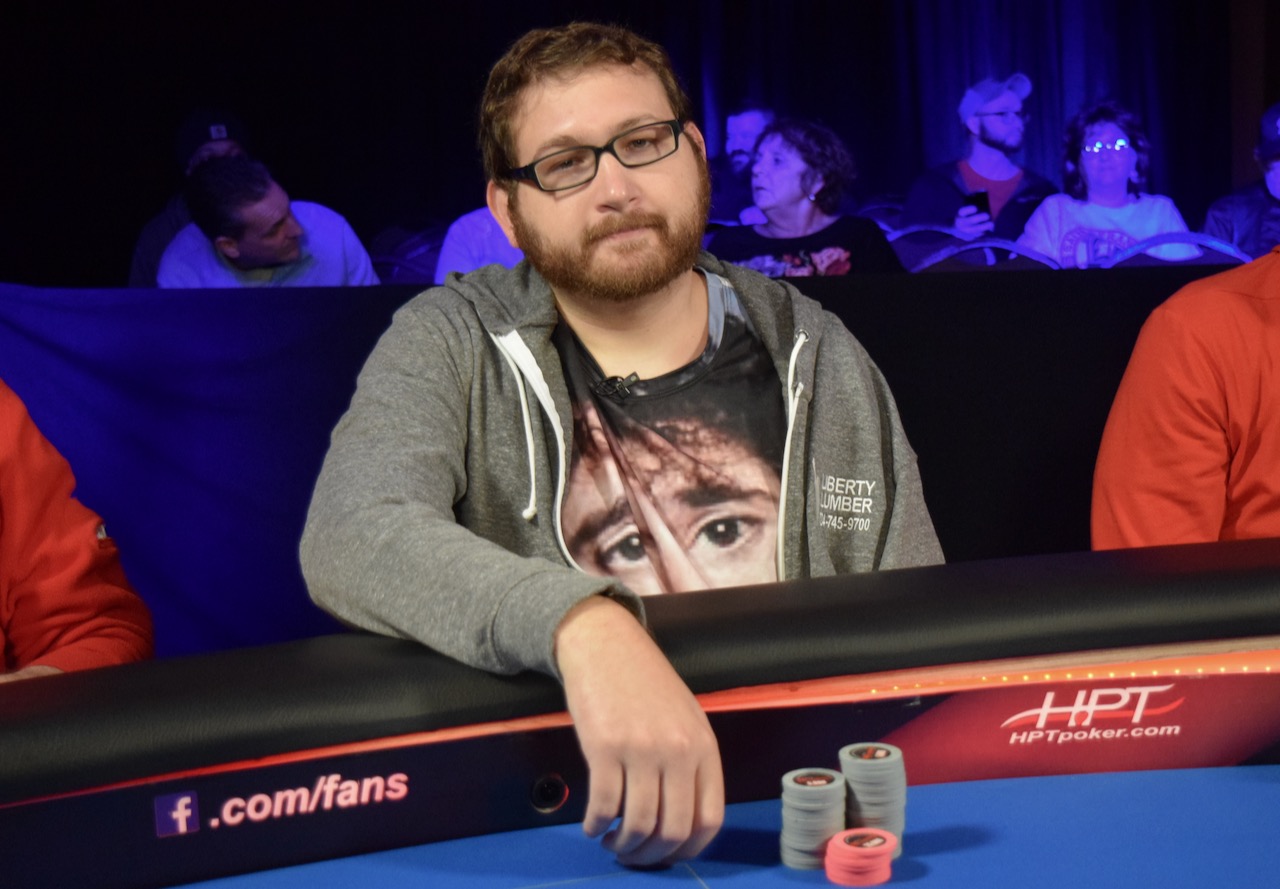 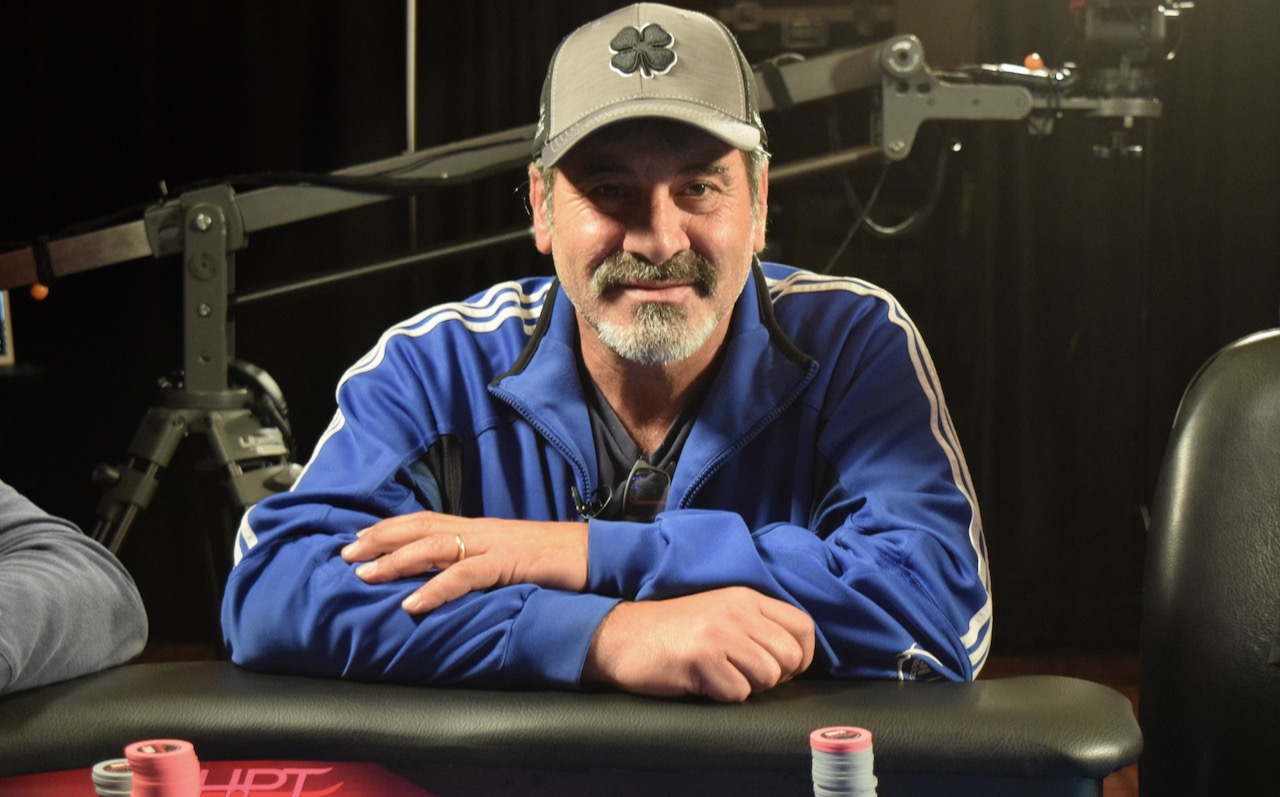 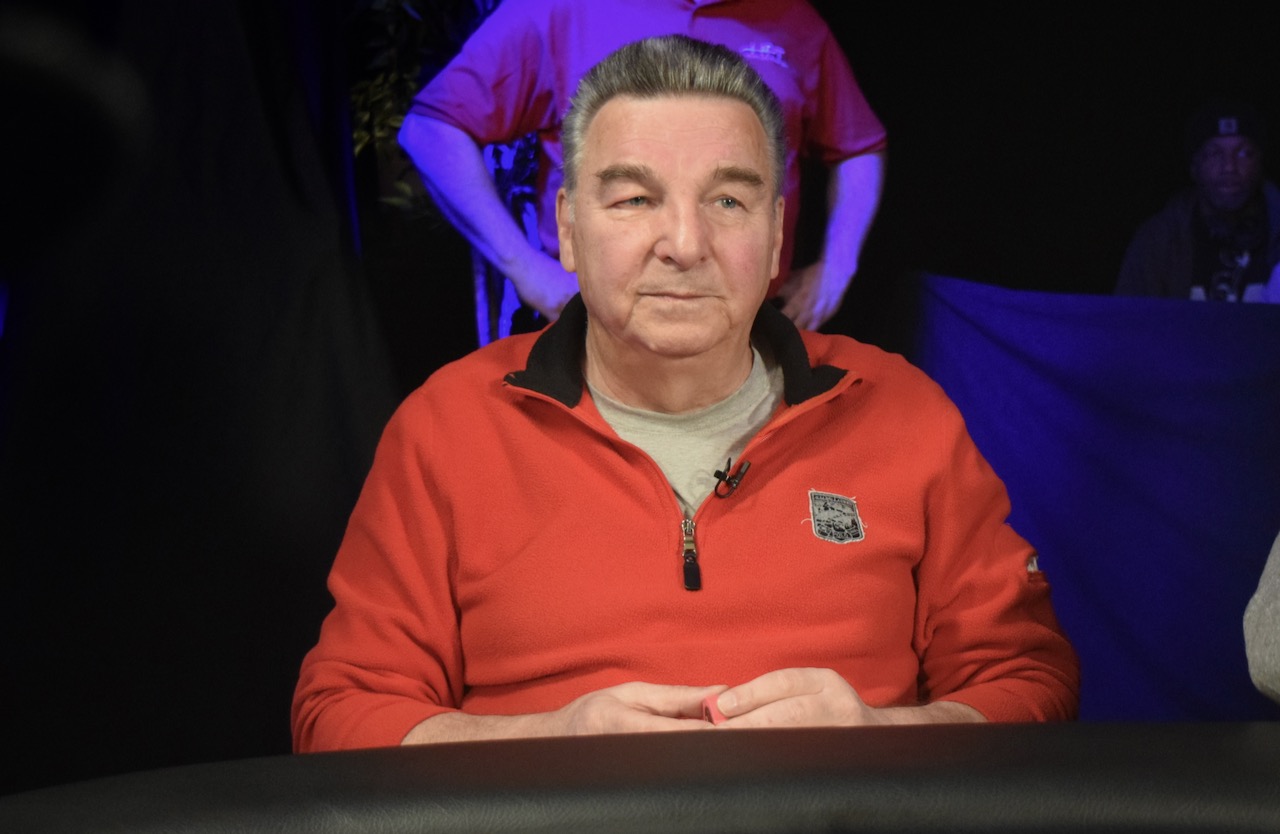 by Jeff McMillan of PokerNews

The HPT Meadows Main Event has concluded after 4 hours of final table action and emerging, as the winner was Calvin Snead who took home the HPT trophy and the $61,080 first place prize as well as the $3,500 prize package for the HPT championships in St.Louis.

The Pittsburgh local electrician by trade, whose previous biggest cash for just a bit over $12,000 could not believe the moment he found himself in today.

“It was exciting to play Greg, I watched Greg on TV” said Snead as he discussed the big moment defeating Greg Raymer heads up. He then went on to discuss how he rode a great run on days 1 and 2 to put himself in a good position for the victory at the final table.

One thing that Snead could do with some of his new money is play more poker, including the HPT championship that he is now qualified for which he mentioned how excited he he was for it. “Oh yeah I can’t wait to play that, see Greg again and hopefully do it again”.

The final table played pretty much as straightforward as possible as each player was eliminated in the chip position they started the day in from 9th until 3rd. The day began with Thomas Gustovich going out on the very first hand of the day and action would not slow as the field was suddenly cut to five in barely over an hour with rapid eliminations. The field was cut from five to three in no time as one of the most dramatic hand occurred when Raymer knocked out both David Santucci and Mike O’Neill in the same hand when his pocket kings held up in a preflop all in to give him a chip lead heading into three-handed play.

Three-handed play slowed things down considerably as it took nearly three hours of trading chips and moderate to small hands before Frank Bonacci was eventually eliminated in 3rd place.

Heads up play took exactly one hand as Snead got it in ahead with a pair on the flop. He could practically feel the trophy in his hands but the ace on the turn snatched it away as it sent Raymer into the lead. But the dramatic nine on the river gave Snead the title as he threw up his hands in celebration.

That wraps up the PokerNews coverage of HPT Meadows. Coverage of the HPT will pick back up in Daytona Beach later in October.

With over a dozen dining options, there's something for everyone at the Meadows Casino. From All You Can Eat at the Carvery to USDA Prime selections at the award-winning Bistecca Steakhouse, you're sure to find something to satisfy your cravings.

Meadows has teamed up with nearby hotels to give players two options on discounted room rates:

Hyatt Place Pittsburgh South is the only hotel connected to the Meadows Racetrack & Casino. Please call the hotel at 724-470-9209 and ask for the Heartland Poker Tour discounted rate.

Doubletree Pittsburgh-Meadows is offering rates starting at $89/day. Please call the hotel at 724-531-6101 and ask for the Heartland Poker Tour discounted rate.